The mobile and digital transformation behind Afterpay's rapid international rise 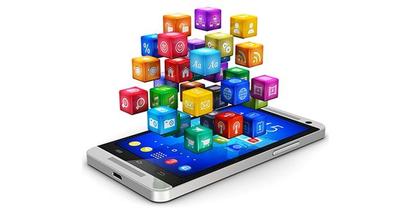 Australian payments company, Afterpay, is one of the relatively few tech success stories this country has produced. And it’s through a consistently stable yet increasingly diverse approach to mobile and Web capability that the business is capitalising on growing international consumer demand, its chief product officer says.

Four years ago, Afterpay founder, Nick Molnar, debuted an alternative way of providing payment solutions to millennials adverse to credit cards. Since then, the ASX-listed company has been on a fast track to fast-growth, reaching a market cap of greater than $4 billion last year.

With that has come rapid customer base growth locally and internationally, as well as in the number of retailers offering the payment service. This is most clearly demonstrated through Afterpay’s digital channels and engagement on its mobile app and Web platform.

“There is a lot of humbleness about the rapid growth of Afterpay. We have been very fortunate to have an exciting high-growth opportunity not only as an Australian startup but also as a global one,” Afterpay chief product officer, Kareem Al-Bassam, told CMO.

Realising this requires scalable and flexible digital capability. Such progression has been achieved profitably and with current digital presence uptime of 99.999 per cent thanks, in part, to an ongoing partnership with Dovetail. First brought on two years ago to build Afterpay’s inaugural mobile app, the digital agency has become a key partner in what is a rapidly evolving quest to satisfy international demand for a new way of conducting retail trade.

Dovetail looks after the design, development and infrastructure of Afterpay’s Web and mobile platforms. The Australian-owned company was established four years ago by co-founders and managing partners, Ash Fogelberg and Nick Frandsen, who originally worked together at New Zealand-based ticketing and events company, 1-Night.

Initially, Dovetail was tasked with building Afterpay’s first-ever mobile app. “We had to make big decisions about where we spread existing resources and the team, and place big bets,” Al-Bassam said.

“We had choice to work around how to approach mobile as a company; the demographics we serve, and what would be a competitive differentiator. There were also questions on whether we built it ourselves versus partner.”

Fogelberg said the first piece was defining and building an app for both IOS and Android devices. It took 90 days to release the first MVP.

“We didn’t know at that stage it would become as big as it has become,” Fogelberg said. “Just off the soft launch, people started talking about the Afterpay mobile app on Facebook, and it shot to number one in the app store.”

From there, Afterpay quickly added an in-store payments product, allowing retailers to accept phone-based payments in physical stores. Another standout feature has been ‘shop directory’, or an area listing all stores and shops accepting Afterpay online or in-store. What debuted as a tool has quickly become a fresh business growth driver, Al-Bassam said.

“We have become a primary referrer of lead traffic to merchants,” he said. “We didn’t design this capability to make money, but to use this to fulfil core ethic, which is connecting consumers with merchants. And it’s taken off and become an important part of Australian retail ecommerce. We didn’t expect that.”

As Fogelberg described it, Afterpay’s mobile app has become a shopping destination in its own right.

“The app is a place to start the shopping experience as a consumer,” he explained. “As a consumer, if I’m trying to get across different shops, I can search in-store merchants via maps. It’s become an easy way to find the merchants consumers are looking for. That focus on buying behaviour and the Afterpay website as an entry point has escalated in the two years since the app debuted.”

Since then, the directory has evolved to include additional brand and category search functionality. Afterpay has also gone from 1000 merchants to more than 27,000 and counting, stretching across health, retail, services and more.

“We now know it’s an area to focus on and you’ll see Afterpay putting more investment into these experiences,” Al-Bassam said.

Another important app innovation has been the ability to track orders. “We had a Web portal, but feedback was people wanted this in the app, as they access Afterpay often both for future payments plus making payments,” Al-Bassam added.

From mobile to digital transformation

Work on the app was swiftly followed by a digital project rearchitecting and rebuilding Afterpay’s Web platform. Thanks to rapid local and international uptake, the site was falling to its knees, unable to cope with loads and traffic spikes, Fogelberg said. Six months in, Dovetail started rebuilding the Web portal from scratch. This included a technology infrastructure refresh and new payments process, consumer-facing design and integration with the mobile app via APIs. The key priority with Dovetail was executing very quickly, Al-Bassam said.

The other imperative has been internationalisation. Last May, Afterpay made its debut in the US, gaining more than 1 million customers in 11 months. This came off the back of launching in New Zealand two years ago. The company has also set its sights on the UK.

Al-Bassam noted the focus includes launching cross-border trade and allowing users to purchase from merchants outside their primary market.

“You can’t go through the rapid growth we have in the last three years without significance changes in how we approach things, our culture and so on,” he continued. “Three years ago, we were a much smaller company and 100 per cent focused on Australia. Today, we have offices in Sydney, Melbourne, Auckland, San Francisco, London and Manchester. That reflects a great deal of cultural, execution and process changes, as well as growing the number of people and partners servicing the business to help with geographic breadth.”

From a technical point of view, there’s a constant trade-off between architecture that is scalable, and being able to make digital changes quickly, Frandsen said.

“Some large firms have incredibly scalable architecture, but it’s hard to make changes. Afterpay is moving quickly. A key driver in all technology choices here has been managing that trade-off,” he explained.

As Frandsen pointed out, some companies build for 20 million customers when they have 20,000. While that’s a step too far, you can’t just build for current demand because it means you can’t grow, he said.

“You have to decide where on the spectrum you sit: Scale versus building new features and functions.”

What’s more, rebuilding back-end and servers had to be done while the site was live, with components swapped out as demand continued to grow and the feature-set became more complex.

“It’s a balancing act – to launch a website that’s flexible in how that’s done,” Fogelberg said.

Among measures of success for Al-Bassam are consumers downloading the app, plus positive customer feedback in terms of NPS and app store ratings. Other metrics are engagement and retention and active monthly users. For the Dovetail team, stability and availability, while hygiene factors, are non-negotiable.

“Significant downtime has massive impact on Afterpay’s revenues,” Fogelberg pointed out. “In terms of commercial metrics, a key one is growth, both terms of improving single customer and engagement and retention, as well as growing and saturating the market.”

Today, Afterpay represents about 10 per cent of Australian retail transactions, showing there’s plenty of scope to expand. Other metrics both parties are keeping a watchful eye on are growth in raw customer numbers and monthly users.

“You can be good at bringing in customers, but keeping then engagement in the long term is something most digital companies and startups fail out. Afterpay has built loyalty and long-term customers and is keen to keep it that way,” Fogelberg added.

Check out more of CMO's stories on digital transformation: