What the 5G revolution will do to mobile marketing

5G networks are on their way to Australian shores. We investigate how this next-generation network technology will change the way mobile apps, advertising, experiences and event industries interact 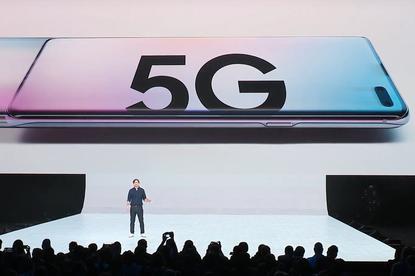 It’s taken just a decade for mobile advertising to rise from relative obscurity to represent a billion dollars of ad expenditure in Australia (according to the IAB), and account for 62 per cent of general digital display spending.

When you add in dollars spent on other marketing activities such as mobile sites, messaging channels, apps development and the number of other ways in which devices are used to deliver messages to consumers, the true value of mobile marketing grows much larger still.

Growth owes its existence to two distinct developments: The release of the first Apple iPhone in 2007 and subsequent explosion of smartphone sales; and the growth of 3G and 4G networks smartphones use to send and receive vast amounts of data.

With Australia now poised for the launch of the first wide-scale 5G network roll outs, marketers are beginning to question what new leap forward in mobile marketing this next-generation technology will unleash.

Deloitte Global’s February 2019 Technology, Media and Telecommunications Predictions ranked 5G as the most important trend within that industry over the next 1-5 years, with more than 1 million 5G-ready handsets forecast to be sold worldwide in 2019.

While a ubiquitous 5G network might still be some years away, Sydney-based strategy partner at global creative agency AnalogFolk, Ben Hourahine, says clients are already asking questions about the network’s potential.

“This is about brand experience, which is front and centre for modern marketers,” he tells CMO. “We spend a lot of time with clients looking at the biggest friction points in their customer journey, and then look at how we can turn those into moments of magic.

While much excitement around 5G has focused on the higher bandwidth it will deliver, enabling experiences such as high-definition virtual reality and 4K streaming video, another important attribute is how it will reduce latency in the network, or time taken to process and transmit signals. 5G is expected to see this decrease by a factor of 10 to less than 10 milliseconds and deliver near-instantaneous response.

This may lead brands to rethink how they deliver experience via mobile device. For example, the use of apps to deliver rich interaction for consumers (once downloaded), regardless of available bandwidth, may warrant reconsidering.

“The main reason we went to the app environment was to deliver more functionality,” Hourahine says. “Apps have a very strong place in the future of a number of reasons, but our ability deliver app-like functionality in the Web has been accelerating even before 5G, and is likely to accelerate even more.”

5G will also deliver the benefit of near-instant communication to messaging services, enabling users to send images and video files as easily as text-based messages.

A new way of messaging

According to chief product officer of Melbourne-based messaging technology company MessageMedia, Ken Johnstone, the whole messaging experience will be faster, including when using high-resolution images or even augmented reality (AR) applications.

“You could click on that image within that message and all sorts of possibilities are opened up because of the fast data,” Johnstone says. “It’s the combination of data speed and fast turnaround. It opens up opportunities for much more immersive experiences on mobile.”

Critically for MessageMedia, 5G will also correspond with the availability of a new messaging technology known as RCS (Rich Communication Services) messaging, which embeds functionality into the message itself, rather than requiring the recipient to link through to a Web page or app to perform a function. For instance, an airline passenger receiving an alert regarding an impending flight could check into that flight from within the message itself.

PwC partner in the Telecom, Media and Technology sector, Mohammad Chowdhury, says 5G will also continue the trend for consumers to conduct more and more transactions on their mobile devices, rather than PCs and notebooks. While only 12 per cent of the Australian population use their phone more than once a month to buy something, in China that stands at 55 per cent, suggesting there is a lot more that Australians could be doing on their handheld devices.

“If you just enhance the experience using tech but you don’t change the population, you won’t achieve much,” Chowdhury says. “When you couple that with the fact that the population is evolving and consumer habits are evolving into being much more ‘digitally comfortable’, that is when you be able to get that experience uplift.

Chowdhury suggests one of the most important benefits for marketers will be the potential to use 5G bandwidth and responsiveness to enhance the sampling experience for consumers using richer content.

“They’ll be able to really emotionally engage a consumer much more in an experience, either of sampling products and services or of consuming them as well,” he says. “They will be able to sample clothing in a much richer way through their screens. They will be able to twirl things around and get a much better feel for what the texture of the fabric is, and that is because 5G will give you 100 times more speed than what we have today.”

But while the launch of 5G might lead to a flurry of spending, Hourahine cautions the same rules of consumer uptake still apply.

“What history shows is that technology only succeeds where there is a general genuine social need for it,” he warns. “So while 5G makes more advanced technologies more possible and probable, it is ultimately consumer appeal and uptake which are ultimately the biggest drivers of more innovative marketing output.

“If it doesn’t serve a need, it is pointless doing it in the first place.”

Up next: What the 5G network revolution is all about, plus the rise of the fourth industrial revolution

Not every use of mobile technology has been put to obvious and defined need of course – think Snapchat filters and Pokémon Go – but all have taken advantage of the greater data transfer speeds each successive network upgrade has delivered.

But while 3G and 4G networks were very consistent in terms of what they offered – faster data transfer speeds translating to greater bandwidth and accelerated throughout – the benefits of 5G are more complex.

According to chief technology officer at digital communications specialist company Broadcast Australia, Stephen Farrugia, one of the keys to understanding 5G is to not think of it as a single network, but as three.

The reason for these different capabilities stems from the 5G standard, which incorporates three different bands in the electromagnetic spectrum to carry its signals. While previous network architectures have also used a spread of spectrum, the bands used in those networks were actually quite close together, Hence, network performance would be similar.

5G, however, uses spectrum in the 1GHz band, 3.5GHz band, and 26 – 28GHz band (also known as millimetre wavelength). Millimetre wavelength can carry enormous amounts of information, making it suitable for use cases that might otherwise rely on Wi-Fi today, such as transmitting high-definition video, while being able to cover much greater distances than that technology.

However, millimetre wavelength has an effective range significantly shorter than that of 4G networks, requiring transmission towers to be as close as a few hundred metres apart to be effective. This pushes up the cost of network deployments significantly compared to 4G, but will essentially unshackle network users from bandwidth limitations and congestion that plague current 3G, 4G and Wi-Fi networks.

“What the 5G network promises, and it depends on the extent to which people invest in it, but those capacity limitations will largely go away,” Farrugia explains. “That millimetre wave spectrum has huge capacity, and the high frequency means it is more like using a laser pointer to communicate so each device gets great bandwidth.”

Farrugia sees 5G having the greatest focus on machine applications. He suggests thinking of 5G as a machine-to-machine network technology, rather than primarily on human-to-human communication, which was the centre of 3G and 4G network design.

“It is a network that has people there, but it is about more about how it enables people to do more, rather than being people-centric,” Farrugia says. “Most of the companies who are starting to roll this out today are talking about fixed wireless access and massive broadband to mobile devices.”

Another critical benefit of the 5G standard is that it brings improvements in security and reliability, reducing connection drop-outs and the impact of interference while ensuring greater privacy in communications. For these reasons, many industry pundits are predicting the true impact of 5G will not be based on the experiences it can deliver to consumers in the short term, but on what it does for industries over the long term. This overarching transformation is described as the Fourth Industrial Revolution, or Industry 4.0.

According to author and director of the Centre for Industry 4.0 at Optus, Rocky Scopelliti, 5G should be thought of as the connectivity that brings together a range of other technologies, including the Internet of Things and artificial intelligence.

“The reason why 5G mobile networks are critical is because they are a foundational enabler to connect organisations in a fourth industrial revolution world,” he says. “They will enable hyperconnectivity through the Internet of things and the exponential increase in the number of sensors, objects, devices and things. And they can do this at performance levels that fourth-generation networks can’t do today.

“Data, and the way organisations think about the utilisation of data through their production processes, really becomes the lifeblood of the enterprise.”

And as organisations come to be more defined by their software, their ability to use software to benefit their business will be more critical.

“Fifth-generation networks are software defined,” Scopelliti says. “Software-defined networks enable them to consume a network as a set of services, rather than as fixed costs that they have to stand up in their own environments and own data centres and then manage themselves. You can deploy capacity and functions of a network when you need it, where you need it, and in whatever quantities you need it, and you consume it as a service.

“The network becomes the environment that the business model will live within.”