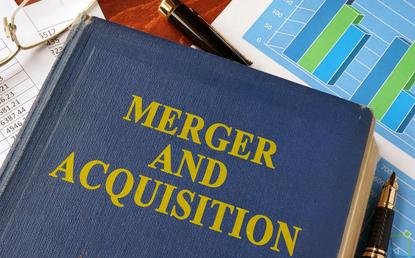 IBM is offloading its marketing and commerce technology portfolio to private equity in order to spin off the offering into a new commercial entity. But several analysts are questioning whether the decision will provide the focus needed to succeed in the rapidly evolving martech landscape.

Big Blue announced the significant news last week, confirming a definitive agreement with Centerbridge partners to acquire IBM’s marketing platform and commerce software offerings, along with the leadership team and employees. Once the deal closes, the technology platforms and employee base will be transformed into a new entity with a fresh identity.

As part of the deal, several key IBM executives will join the new business, including current VP of offering management and strategy for IBM Marketing Platform, Mark Simpson, who becomes CEO. Simpson was previously CEO of customer optimisation platform, Maxymiser.

In a blog post, IBM general manager, Inhi C. Suh, said the move was taken so IBM can better focus on its supply chain innovations, including blockchain, artificial intelligence (AI) and Internet of Things. It’s also arguably about giving the marketing the scope outside of IBM to opportunity to gain more focus rather than be lost in the mix.

In her blog post, Suh said IBM had looked to offload its marketing solutions to organisations that could focus more specifically on them.

“Our clients derive great value from our marketing and commerce offerings. Therefore, we have decided it is time to entrust these solutions and capabilities to a new entity that can continue to infuse them with investment to propel further innovation,” Suh stated.

“After numerous and lengthy conversations and serious consideration and consultation, we were convinced Centerbridge shared our vision for the future of these offerings – including the importance of harnessing the expertise of our team by retaining the leaders and people who currently make these products so powerful.”

Like its agreement with HCL, IBM said it will continue to partner with Centerbridge on cloud and AI.

“Both of these divestiture decisions were made with our clients’ businesses at the core of the discussions,” Suh added. “Each set of offerings was matched with the future owners based on their strengths and the offering’s potential to succeed and flourish through their oversight and backing.

“IBM plans to work with Centerbridge on cloud and AI to help our customers continue to transform in this new era of technology, and we hope to find additional ways to continue collaborating for the longer term.”

Simpson said he was excited about the next chapter, saying it will enable the team to build on significant steps taken over the last few years to modernise the portfolio.

“Once closed, this transaction will help us accelerate our efforts to empower our clients to make smarter, more timely decisions in their marketing and advertising initiatives. We look forward to working with Centerbridge’s world-class team to ensure a smooth transition and position the business to drive the next generation of marketing clouds,” he said.

Not everyone is convinced, however. Commenting on the sale, founder of analyst firm Real Story Group, Tony Byrne, said the writing was on the wall after IBM offloaded most of its digital workplace portfolio last December.

“It appears Big Blue is exiting business software entirely, in favour of developer and infrastructure tooling,” he told CMO.

With a few exceptions, the stack acquired by Centerbridge were more legacy than fresh, Byrne continued. “I believe the new owners bought the portfolio for its maintenance revenue streams rather than the innovation potential, and - although there’s no rush now - current IBM licensees would do well to review their long-term options,” he advised.

“We’re in a very different market than we were five years ago due to the expansive affect customer experience has had on marketing,” he told CMO. “The big challenges are getting out of IBM with limited loss of customers, leadership, staff and partners - and then getting the branding, product integration and AI to all come together in a unique way. Otherwise it will be tough to be a new ‘marketing only’ vendor as the biggest competitors all move the market to CX.

“The latter favours vendors that can leverage solutions across multiple customer-facing functions. Even if everything goes right for the spin off, it’s questionable whether there’s another Marketo scale exit out there for a pure martech player.”

Byrne also wasn’t convinced the move would help what’s been IBM’s martech stack play better compete with the other dominant enterprise marketing technology vendors, Adobe, Salesforce and Oracle. “Rather, I think it exposes some of the weaknesses around the martech portfolios, particularly with respect to poor integration; developer-intensivity and [related] cost-intensivity; some legacy tech; and overselling the promise of AI and machine learning,” he speculated.

“Pity the martech stack owner who tried to align around a single vendor with IBM, because this totally upends her life. The savvy enterprise hedges its bets.”

"It’s difficult to acquire martech components and assemble a viable enterprise marketing software suite (EMSS) portfolio that operates somewhat removed from your core business, especially when competitors like Adobe, Oracle, and Salesforce are more focused on such applications," he commented.

IBM's not the first to try the private equity sale as a means to achieving this either. Teradata's decision to sell-off its martech suite in 2016 to Marlin Equity partners saw two standalone businesses created: Aprimo and Mapp Digital. Last November, Experian also made a similar divestiture. Coupled with Adobe's purchase of Marketo and you could argue the number of players has shrunk, Warner said.

"There has been a dearth of new entrants in the enterprise marketing software suite (EMSS) space. For several years now, it has been the domain of Adobe, IBM, Oracle, and Salesforce, with a few fringe players like SAP and SAS," he continued.

"There is an opportunity for Centerbridge Partners to create a competitive alternative to Adobe, Oracle, and Salesforce. We had thought others like Vector Capital or Vista Equity might attempt to do that with core assets acquired from Experian and Marketo, respectively, but it did not materialise."

What's also clear is the number of capabilities required to position a modern martech stack. Adobe, IBM, Oracle, and Salesforce have all acquired marketing, advertising, and commerce capabilities, plus Oracle and Salesforce also offer sales and service (CRM) solutions, Warner noted. Another key is the data and analytics foundation.

"All are focused on more holistic customer experience (CX) solutions, versus point solutions for marketing or other business functions. Centerbridge will need to quickly reconcile its investment in IBM’s products with its current holdings and other potential investments to address evolving CX marketplace requirements," he said.

Founder of Raab & Associates, David Raab, took the news as a sign IBM wasn’t gaining any traction with its marketing systems and has different priorities than investing in them. The reputation of the products varied, he said, noting that while ecommerce was considered solid, the marketing systems based on Silverpop were not well liked.

Given Centerpiece has not been an active buyer in marketing technology, Raab expected an effort to invest then sell down the track.

“In some ways, the sale of the old Unica to HCL last December was more interesting, as Unica was deeply embedded in many big enterprises and you would have thought IBM wanted to keep those relationships,” he added. “But once IBM decided to sell that, then the sale of the SaaS products follows pretty naturally.”

“We are deeply committed to advancing these compelling products through continued investment and intend to accelerate existing product roadmaps and introduce new categories,” he said.

“Following close, we look forward to working with existing business partners and the company’s highly talented team, including Mark Simpson, whose industry experience and significant domain expertise make him the perfect fit to lead this business during its next phase of growth."