What Urban Polo is doing to harness AI consumer experiences

Urban Polo has revitalised the game of polo for modern city environments; now it's chief is working to bring AI into how its engages customers 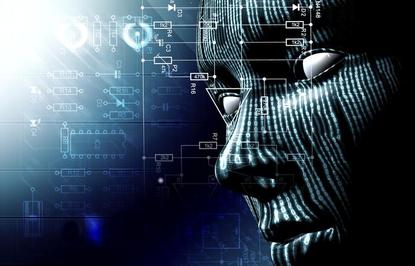 Few people have successfully dragged a sport that was popular during the Parthian Empire into the heart of one Asia-Pacific’s most modern cities.

But that is precisely what Simon Wilson is doing with the sport of polo, and he is utilising artificial intelligence (AI) to help make it happen.

Wilson is the managing director of Urban Polo, which has taken the so-called sport of kings and condensed it down to operate in a modern city environment. Contests are held on a field that is less than half the usual 275 metre length, with low surrounding safety walls and a softened ball that allows spectators to safely get a lot closer to the play, rather than sitting 10 metres back as is traditionally the case.

“What we wanted to do was create something that people engage with in the kind of way they have done with 20/20 cricket or Rugby Sevens, in more of a festival atmosphere,” Wilson tells CMO. “Because when you go to an even these days, people expect a hell of a lot more than just a commentator and a couple of deckchairs.”

Urban Polo events are known as much for their party atmosphere and their line-up of DJs as they are for the ponies and their riders. The changes also mean contests can take part right in the heart of a city environment.

“In Singapore we did it right below the Marina Bay Sands casino,” Wilson says. “So we are right in the city – we are not in the traditional space you expect polo to be in.”

Wilson has now conducted 10 Urban Polo events around New Zealand and Singapore, with patronage at events growing by 25 per cent each year. He has plans for further expansion through Asia-Pacific and Middle East.

One of the critical contributors to that growth has been how Urban Polo is communicating with its fans and attendees. For that, Wilson has turned to Oracle Cloud to create a digital assistant that acts as a concierge and event guide.

“In the same way we are trying to innovate in an old-world sport, digitally we are trying to push the boundaries with the Oracle bot,” he says. “It is challenging because you have to get people on-board and get them engaged, and anything new is a hard road. But I am committed to this idea that a program at an event is boring, and at the end of the day it has sponsors logos and it’s on the ground and someone’s stepped on it, and that is not great for any brand.”

The chatbot works through existing SMS and social messaging channels, alleviating the need for users to download an event app. Use of natural language enables users to interact in conversational English (Wilson notes it readily interprets New Zealanders’ use of the word ‘bro’).

He is aware of the sensitivities of communicating through a medium that many consumers consider is a personal channel.

“You have to respect your customer,” Wilson says. “It is a very intrusive platform, so you have to be very careful about how often you talk to them and what you say. It has to be a win for them to get a message from us.”

The long-term goal is to expand on the functionality of the bot, to the point where is becomes the core platform for ticketing the singular communication channel between Urban Polo and attendees.

“I’m excited about the ability to use technology in such an old sport,” Wilson says. “There is so much that can be done with this type of application once people start getting used it and get engaged with it and get rid of the apps on their phone.”