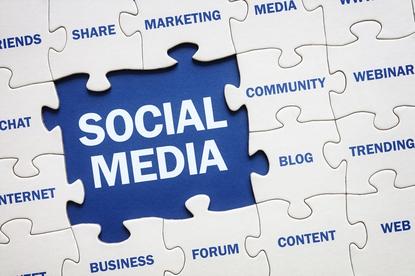 Digital platforms such as Facebook and Google are potentially facing a huge backlash from crucial advertisers unless they change the way they operate.

Following a stream of incidents on social media platforms, including paedophile comments being left in comments below videos of children on YouTube, the glorification of self-harm and suicide content on Instagram and, most recently, the live streaming of the terrorist attack in Christchurch on Facebook, The World Federation of Advertisers (WFA) has called on all brands globally to hold social media platforms to account.

WFA said members, which collectively spend 90 per cent of global marketing communications budget worldwide, should put pressure on platforms to do more to prevent their services and algorithms from being hijacked by those with malicious intent. The announcement was made at the opening of the WFA Global Marketer Conference in Lisbon, which brings together more than 800 industry leaders, 80 per cent of whom are brand owners.

This builds on the recent Association of New Zealand Advertisers (ANZA) and the Commercial Communications Council, encouraging advertisers to think carefully about whether they want their ads to appear on social media.

ANZA said in a statement that while social media provides many community and social benefits, with that comes responsibility to effectively moderate content on their platforms.

“The events in Christchurch raise the question, if the site owners can target consumers with advertising in microseconds, why can’t the same technology be applied to prevent this kind of content being streamed live?” the statement read. “ANZA and the Comms Council encourage all advertisers to recognise they have choice where their advertising dollars are spent, and carefully consider, with their agency partners, where their ads appear.

“We challenge Facebook and other platform owners to immediately take steps to effectively moderate hate content before another tragedy can be streamed online."

This is a sentiment echoed by News Corp Australia's COO of publishing and former CMO, Damian Eales, who told CMO last week News Corp now offers audience targeting capability on par with the likes of Facebook.

“But we do it with professionally-generated content, not user-generated content, which is particularly relevant right now after the Christchurch attack,” Eales claimed. “Public scrutiny is bearing down on Facebook on what is appropriate content and what it should facilitate. There are many examples on a daily basis of hate speech and inappropriate content on social media, and ads run alongside this."

The WFA said all these digital platforms are funded by advertisers, and as such have a moral responsibility to consider more than just the effectiveness and efficiency they provide for brand messages. WFA’s call to action also reflects the fact that these are not challenges that can be addressed by one country alone but need global action.

“Marketers must reflect on the extent and terms on which they fund these platforms. Conversely, the platforms must do more to assuage the growing number of advertiser concerns," WFA CEO, Stephan Loerke, said. "WFA is committed to working with the platforms in a constructive manner in order to find solutions to these grave problems. For our shared goal must be to build an ecosystem that is sustainable and doesn’t undermine people, communities and society at large."

Mastercard chief marketing and communications officer at Mastercard and new WFA president, Raja Rajamannar, noted the influence of online platforms in shaping cultures and mobilising communities around the world is already significant and growing ever more so.

"This means brands and platforms must assume a higher level of responsibility to ensure these online environments are forces for good, not conflict or violence. That begins with acknowledging flaws and quickly investing in lasting solutions," he said. "To drive change we need less debate and more action.”

It's another blow for the behemoth digital platforms, and comes after the Australian Competition and Consumer Commission (ACCC) called for more regulatory authority to investigate, monitor and report on how Facebook and Google are dominating news content and advertising services as well as capturing data about consumers in the digital age.

The recommendations are among 11 made as part of the watchdog’s preliminary report into Google, Facebook and Australian news and advertising released in December last year. The inquiry into the alarming power of digital platforms, search and social media giants on the media and advertising services ecosystem was initially announced in 2017.

The ACCC has put together a wide-ranging list of recommendations to lift transparency and regulate the way digital platform players operate, from a new digital ombudsman to browser and search engine choices, advertising and news regulatory oversight, take-down standards, personal information amendments, codes of practice and privacy reforms.

The ACCC has also confirmed it’s investigating digital platforms for five potential breaches of competition and consumer laws identified as part of the inquiry.

Use of data is also being scrutinised following new regulations, such as the GDPR. Last year, the UK Information Commissioner’s Office (ICO) fined Facebook £500,000 for ‘serious breaches of data protection law’, the maximum penalty it could impose under previous legislation.

The fine related to the Cambridge Analytica scandal, when more than 310,000 Australians may have had their data improperly shared with Cambridge Analytica, according to a Facebook update in April. Facebook collected the information of up to 87 million people, mostly in the US, illegitimately, up from the 50 million people originally published. This includes up to one million UK residents, according to the ICO.

France’s data protection authority also fined Google a hefty 50 million Euros (AU$79.4 million) for breaches of the General Data Protection Regulation (GDPR), the first fine to be levied since the act came into effect in May 2018.

The National Data Protection Commission (CNIL) charged Google with violating transparency and information rules around user information, as well as a lack of valid consent around ad personalisation. Specifically, the group has said Google’s information to users about how data is being used is neither clear nor comprehensive, while the structure of information does not enable it to comply with GDPR.