How to be CMO of a startup, starting up

Marketing leader at LiveTiles shares how the rapidly growing startup has used partnerships, experiential marketing and B2C thinking to drive a B2B brand 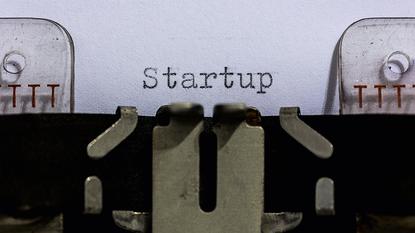 Few startups take on a marketing executive at inception. The focus on product development and driving immediate sales revenue tends to soak up whatever cash the founders have got their hands on.

So when seasoned marketer, Nick Rameka, found himself in the chief marketing officer role at newborn software startup, LiveTiles, on day one, he knew he’d be in for an interesting ride.

“In that first year, I had to take off my academic marketing hat and really roll my up sleeves and do whatever it took to keep us afloat,” Rameka tells CMO. “It’s kind of like joining a rock band: You might not know your instrument all that well or where you sit in the band, but you just get together and make noise and go out and play.”

That meant attending sales calls, running demos and building booths from scratch. “At that point you’re not sitting in your specialist role,” he says. “You are really just joining hands with everyone else.”

It also helps Rameka already knew many of his new bandmates, as they’d worked together at the company that was the progenitor of LiveTiles, called OSC. That company was acquired by another software business, rhipe, in 2014, with LiveTiles spinning out as a separate company focused on building solutions for Microsoft’s SharePoint collaboration technology.

That focus on Microsoft and the strong relationship the OSC team also proved highly beneficial in LiveTiles’ early days.

“We were sitting in Microsoft offices all the time reaching out to whoever and whomever we could get the attention of, piggybacking on events, having meetings with key people and asking for favours,” Rameka recalls. “Rather than trying to spend my time coming up with cute newsletters and campaigns and sending it out to the ether, I joined forces with those guys and started tapping into their marketing machine.”

That perseverance paid off handsomely, as the relationships LiveTiles established with executives in Microsoft’s education division led to a relationship that would see LiveTiles marketed into Australian schools by the software giant.

Fast forward to 2018, and LiveTiles’ bots technology was subsequently called out on stage at by corporate vice-president for Microsoft’s worldwide partner group, Gavriella Schuster, at its annual partner conference in front of 30,000 attendees.

“That was an incredible moment, to be on the centre stage with our logo up there on one of our new products and at no cost other than the time and effort that we put into trying to make that happen in partnership with them,” Rameka says.

However, he is aware of the challenges that can come from aligning closely with a company of the scale of Microsoft.

“Being a Microsoft partner, you’ve got to be incredibly agile to make it work, otherwise you will only be a chapter in their history,” Rameka says. “You are either all in or you are all out.”

LiveTiles has also built out its own marketing capabilities, hiring in functional specialists to build out a team of 16 with a strong emphasis on partner marketing.

“It hasn’t been cheap, but it has worked, and we’ve got ourselves in front of the right people and in the right conversations and the right opportunities,” Rameka says. “I would say investment in brand awareness has really worked for us - not just noise for noise’s sake, but good quality noise.”

And unusually for a B2B-focused startup, Rameka has also focused on building up a strong capability in experiential marketing. To do this, he hired an experiential producer from an agency.

“I have been able to put my marketing hat back on well and truly and build a team of not interns, but actual experts,” he says.

That experiential ethos has carried through in the backgrounds of several other hires Rameka has made, with many coming into the organisation with a B2C heritage.

“If I was a traditional B2B marketer looking in, I would say we have really taken a more emotive approach than maybe a B2B needs to,” he comments. “Although there is the professional buying layer and it is not the same as B2C, you are still dealing with people who have emotions. And some of them have strong emotions, because in their personal buying habits they don’t have the weight of the world on their shoulders.

“Some of the customer feedback we get from customers is that they came with us because they could see the heart in our brand. It may not be 80 per cent of the reason why they choose us, but it plays an important part.”