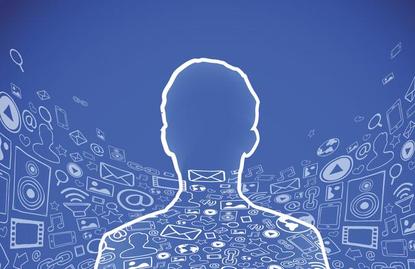 Better reporting, stronger and more relevant community engagement and transparency are just some of the wins Victoria Police’s online communications manager has seen since deploying a new social management platform six months ago.

Victoria Police online communications manager, Mark Bayly, told CMO the decision to invest in Salesforce’s Social Studio was driven by growth in social media as a method of communications and engagement for the state-based police institution.

Bayly has spent the last five years heading up Victoria Police’s reactive online communications, which sits within the wider media and corporate communications division. When he arrived, the team had about 40,000 followers on Facebook and involved in a few other platforms such as Twitter.

“This has grown exponentially since then, as has social has worldwide,” he said. “Social is one of the key catalysts for communications with the broader general public. Consumers have expectations around it. If you’re going to have a modern-facing police force, then you need to be on trend with what’s going on in the communications space.

“It’s another key tenet in our communications platforms, which allows us to get out to the community quickly and efficiently. We have broadened that base into social channels, and have an omni-approach to social media so people can get info how and when they want to.”

Faced with moderating upwards of 50,000 comments a week, Bayly said it was vital the team had a platform that could help with the labour intensive work. So Vic Police went through a due diligence process, landing on Salesforce Social Studio last year. Prior to this, the team had been using another social media management platform but found it limited in terms of capability and future product roadmap.

“50,000 comments a week is a lot to be looked at – not all are responded to, but they have to be seen and assessed. When we looked at what we wanted we needed a platform that provided a solid one-stop desktop view of what it is we need to do,” Bayly said. “And in a crisis, we needed to be able to separate out commentary, and put it into a separate feed so we could have multiple people looking at the feed and being able to moderate and respond accordingly.”

Social is also important in maintaining the Vic Police brand. “It’s important to have that identity – we’re not selling a product but we stand for something,” Bayly said.

In getting buy-in for social media management, Bayly relied on two main arguments: Engaging with the community, and risk reduction.

“If you can demonstrate you’re going to mitigate risk by having a tool that enables you to respond to all comments and identify comments that might be providing risk to the broader community, that might be identifying particular people who need support, then you’re able to escalate that into the right areas,” he explained. “You can’t do that without the tool as you don’t have that single stream of commentary coming in.”

As well as demonstrating how the team can monitor all commentary and post effectively, Bayly said  another quick win is the ability to gain transparency for who was involved in the social workload.

“There are other members of the reactive media team overnight who look at social media and if they need to escalate things further to different divisions, there’s a map of who has done it, when and what time,” he said. “Social Studio is efficient as an online log - if you need to audit that trail, you can.”

Gaining better real-time visibility in emergency situations has been another big plus for Bayly. During the recent Bourke Street Melbourne terrorism emergency scenario, for example, his team could separate all related commentary out of the ‘business as usual’ social media feed.

“By taking that away into a separate feed, we could have a second person look at incoming commentary and deal with the issue as it was happening,” he said. To do this, Vic Police set up a ‘topic profile’ in Social Studio, driven by key words.

“In the case of the Bourke Street terrorism, there were a bunch of them we ingested into the topic profile. But it also needs to be fluid,” Bayly continued. “The event unfolded in ensuing days, when we found out one of Melbourne’s top café owners had been killed, and trolley man got involved. We had to add those topics in so it was filtering information coming through more readily.”

A wider strategic win is better reporting. “We do use other native tools to support it, but the platform allows us to give a more thorough understanding of what’s gone on,” Bayly said.

“With Bourke Street, for example, we produced a report within days which was fairly comprehensive to senior management, then we worked on a much more comprehensive report in ensuing days which went right up to executive command on who was influencing the conversation, the sentiment, the amount of comments made and posts we put out, the reach and so on.

“That report went around the world at Salesforce as an example of best-practice reporting.”

Key to ensuring social tools are used well, Bayly said, is having a thorough education process around adoption and ongoing use cases. In Victoria Police’s case, one team member became the pseudo-leader, liaising with Salesforce directly to make sure it was harnessing capabilities effectively.

“Salesforce supported us well in terms of implementation and that helped with speed of implementation as well. Like any tool, Salesforce offers a lot in terms of the overarching package,” he commented. “It’s about knowing what you need and what don’t you need. We’ve been able to identify elements of the tools we don’t need at this point at time. To do that, you need to come back to your core function, which for us is moderation, posting, listening into social media, getting reports.”

Victoria Police also has Salesforce Marketing Cloud and Command Centre, and social insight is being fed into these platforms to provide a clearer snapshot of what is being talked about in the community.

“It’s good from a high-level point of view to demonstrate the commentary around social media, and again through topic profiles, you can home in on the matter you’re looking at,” Bayly said.

“All the commentary coming in via the bot comes into Social Studio as well, so we can isolate into a separate feed and tailor that so all formed responses the bot generates don’t come into the feed,” Bayly said. “When someone asks a question of relevance we need to respond to, we can see that. It’s been a positive win for us.

“And if we have another major emergency, then a platform like Messenger will come into its own. We know only 1 per cent of people are getting information in their news feeds. We can push back to the emergency page on our website, funnelling people to that single source of truth.”

Since the chatbot debuted, social comments are up 657 per cent. “That’s largely because we launched the bot, and you get a spike, but still, that comes back to the point on workload,” Bayly said. “The more you introduce in an omni-channel approach, the more labour intensive it becomes.”

For Bayly, key learnings are that social platforms must be tailored to your needs, that you need to recognise social monitoring and communications is still labour intensive; and that it keeps evolving.

His other piece of advice is to close the loop on social communications and reporting. “Not enough people close the gap on social media communication full stop – they might put something out at the start and never come back and sae case closed, we have done this well, we solved a crime, and so on,” Bayly said.

“We always look to do that. Through Social Studio, you have to close off what it is and communicate you are either effectively doing your job, or you’re not in certain areas and therefore need to improve.”

For Bayly, the ultimate marker of success with social communication for Vic Police is comprehensive engagement with the community.

“By upping the ante with the conversations with community and making engagement a much more transparent approach, we will get better engagement and have people on our platforms more regularly,” he concluded. “There’s no point just pushing out content – you need to ensure it’s engaging and that people want to converse with you.”

Read more on how brands are harnessing social media for success: