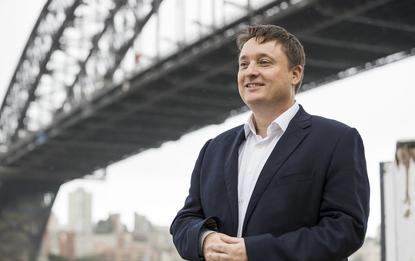 Dickens had resigned his position after a four-year stint to take up a newly created role at Optus as VP television, content and production. The role reports to the telco’s new deputy CEO, Kelly Bayer Rosmarin, who started in her post on 1 March.

In a statement, SWM CEO, Tim Worner, said Dickens had been a significant and important member of the executive team driving transformation and would be sorely missed.

“Seven is now a very different company from when Clive joined. We have built a world-class digital product and technology capability with market-leading consumer products, which 5 million Australians use each month,” he said in a statement. “Digital reveneus and EBIT are growing rapidly across the group.

“SWM WA owns and operates two of the fastest growing digital news brands in Australia in TheWest.com.au and PerthNow.com.au. Pacific has for some time been Australia’s leading and fastest growing female lifestyle digital publisher, and 7plus reached the number one share of commercial free-to-air OTT viewing nine months after launch.

“To get to this point we’ve invested a lot of time and money in recruiting and building our digital capabilities, right across the company. Our long-established succession planning means we have an incredibly talented team of highly experienced executives ready to seamlessly take the lead and aggressively keep up the pace.”

Dickens said he was particularly proud of all that had been achieved with 7plus, as well as work done to stream two Olympics, three Australian Open tennis tournaments and four Melbourne Cups.

“It’s been a blast – rewarding, challenging, exhilarating and mostly a lot of fun,” he said. “Most of all, I’m proud of my team – they are some of the very best and most talented digital professionals in Australia and it’s been a pleasure working alongside them.”

In response to Dickens’ departure, SWM has appointed its current digital director of technology and OTT, Darren Kerry, as director of digital product and technology. The role will see him responsible for designing and implementing a digital product roadmap across the group, and reports into the new CTIO, Rainer Rhedey.

Current commercial manager for digital, Will Hedberg, has also been now appointed to head of digital finance, reporting into CFO, Warwick Lynch.

“We have a lot to look forward to, with the ongoing success of 7plus, the launch of 7News.com.au and next year’s Tokyo Olympics, for which we are currently building the best digital sporting product and platform ever seen in Australia,” Worner said.