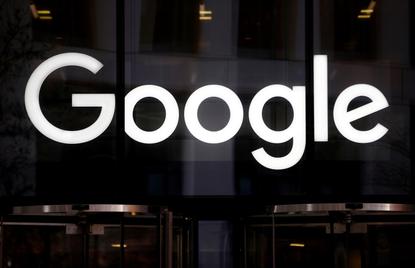 Following Facebook’s response to the ACCC’s recommendations around digital platforms, Google has agreed it does not believe an algorithm regulator would lead to higher quality search results or promote journalism.

The Australian Competition and Consumer Commission (ACCC) handed down its interim digital platforms inquiry report in December 2018, calling for more regulatory authority to investigate, monitor and report on how Facebook and Google are dominating news content and advertising services.

To curb their power, the ACCC recommended a regulatory authority be given the task of investigating, monitoring and reporting on how large digital platforms rank and display advertisements and news content.

Facebook this week disputed the ACCC’s recommendation that independent algorithm regulation will in any way be an effective response to the current challenges being faced by traditional news media models. Google has now agreed an algorithm regulator would risk poor outcomes, and also pointed out the need to distinguish social media platforms like Facebook from search engines like Google in the ACCC’s process.

In a blog, managing director of Google Australia, Mel Silva, said the Internet has helped consumers to access a broader range of news publications, lower production and distribution costs have sparked competition from new entrants, both locally and around the world.

“As this occurred, traditionally profitable sections of newspapers such as real estate and classifieds have faced new competition for advertising dollars, not just from platforms like Google, Facebook and Amazon, but also from Australian digital success stories like Seek, Domain and REA,” Silva said.

“Underpinning our submission is a belief that as technology evolves, legal frameworks must also evolve with clear, evidence-based solutions to address specific problems. It’s sometimes claimed that the internet is unregulated but that's simply not the case. Considered, carefully calibrated regulation has contributed to the web’s success as a platform for expression and access to information.”

The blog goes on to say Google referred more than 2 billion clicks to Australian news websites last year, and paid US$14.2 billion to partners globally - more than 70 per cent of the revenues earned from displaying ads served by Google on partners’ properties.

“Google News has no ads, nor does the news results tab on the search page. Unlike social media sites, which operate in largely closed environments and benefit from users spending more time on the site, the success of Google Search relies on linking users with relevant results. This is an important distinction, highlighting the need to differentiate between digital platforms,” Silva said.

“While Google supports news and journalism, some of the Preliminary Report’s recommendations - such as an algorithm regulator - risk poor outcomes. We already provide extensive guidance on search ranking…and of course, Google Search results are open for all to see. We believe this approach balances the need for transparency against the risk of manipulation by bad actors and do not believe that an algorithm regulator would lead to higher quality search results or promote journalism.”

Google said Australians search for a wide range of queries every day and expect to get the most relevant and useful results, as quickly as possible. From a consumer perspective, Google competes for user queries with other search engines, and specialised search services like Amazon, e-commerce sites and travel aggregators.

Google also stressed the Preliminary Report proposes a range of measures to enhance privacy and consumers’ awareness of data collection and use, but believes these changes should apply to all organisations currently subject to the Privacy Act, not just digital platforms or organisations that meet a particular threshold.

“The ACCC’s preliminary report provides a timely opportunity to examine Australia’s changing media and advertising landscape. As we continue to engage in this process, we do so with the goal of balancing the benefits of new technologies, minimising societal costs, and respecting fundamental rights for all Australians.”