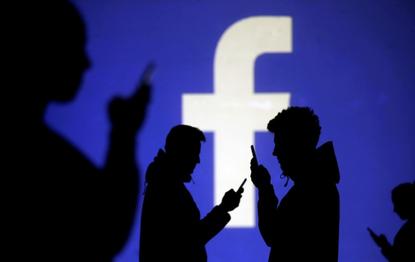 Facebook has disputed the ACCC’s recommendation that independent algorithm regulation will in any way be an effective response to the current challenges being faced by traditional news media models.

The Australian Competition and Consumer Commission (ACCC) handed down its interim report into digital platforms in December 2018, calling for more regulatory authority to investigate, monitor and report on how Facebook and Google are dominating news content and advertising services, as well as capturing data about consumers.

The inquiry into the alarming power of digital platforms, search and social media giants on the media and advertising services ecosystem was initially announced in December 2017.

The ACCC had significant issues with the market power held by large digital platforms and offered a list of recommendations to lift transparency and regulate the way digital platform players operate, from a new digital ombudsman, to browser and search engine choices, advertising and news regulatory oversight, take-down standards, personal information amendments, codes of practice, and privacy reforms.

It said consumers are in significant danger of winding up in a news filter bubble or ‘echo chamber’ as more than 50 per cent of traffic on Australian news media websites comes from Google and Facebook.

“Organisations like Google and Facebook are more than mere distributors or pure intermediaries in the supply of news in Australia; they increasingly perform similar functions as media businesses like selecting, curating and ranking content. Yet digital platforms face less regulation than many media businesses,” Sims stated.

To curb their power, the ACCC recommended a regulatory authority be given the task of investigating, monitoring and reporting on how large digital platforms rank and display advertisements and news content.

Submissions are now closed, and the final report is due in front of the Government by 3 June, 2019.

However, Simon Milner, vice president of APAC Policy at Facebook, said the challenges facing the production of news and sustainable journalism are due, in part, to shifts in technology and changing consumer behaviour.

“The Australian news industry has been in decline for nearly two decades, with newspaper circulation beginning its decline in the 1990s. The industry also saw shifts with the advent of 24-hour news cable channels. The smart phone era led to an even more rapid acceleration of choice for accessing news and information, including through online news services,” he said in a blog.

“Around this same time, another shift also occurred, as classifieds unbundled from news content in print newspapers and shifted to specialised online services.

“Technology has impacted consumer behaviour in very dramatic ways, but turning the clock back won't be good either for news consumers or for the thriving online services industry that Australia has built. Instead, it is important to look at responsible and effective ways to fund journalism.”

He stressed Facebook has been working hard over the last few years to find ways to support sustainable journalism in Australia. In 2017, the Facebook Journalism Project was established to collaborate with the news industry and develop solutions that support a more informed community. As a result, Breaking News tags have been developed, publisher logos appear on articles, context buttons provide more background and information on the publishers behind links, and ‘Today In’ is a new place on Facebook for local news and community information across 10 regional centres in Australia.

He said Facebook also offers a variety of products to help publishers monetise their content on and off the platform.

Milner also outright rejected the idea of an algorithm regulator.

“The ACCC has not made a case or provided any evidence for why they believe an algorithm regulator is a necessary, effective and proportionate response to the business model challenges facing news media. More importantly, people, not regulators, should decide what they see in their News Feeds,” he said.

“We do not believe greater algorithmic transparency will solve the problem of how to support sustainable journalism in Australia or in other countries, nor will it make it easier for news organisations or individual journalists to monetise their content.

“Stronger cross-industry public and private sector collaboration on products and programs — including those we are working on with local publishers — is more sustainable and consistent with solid commercial practice. We support regulation that is effective, evidence-based, protects consumer interests and is pro-innovation for Australian businesses.

“We are engaged in discussions in several other countries about the prospect of new regulations on diverse issues like privacy, safety, copyright, elections and the provision of news. For all these debates to produce constructive solutions, there has to be a robust evidence base about the problems being addressed and their causes.

“News is not the only reason people come to Facebook — in fact, news makes up less than five per cent of an individual's News Feed on average — but we share the goal of supporting a sustainable news ecosystem.

“We agree, however, that greater transparency about the operation of algorithms in both the public and private sector is important, and we will make more announcements in 2019 about our efforts in this space,” he said.