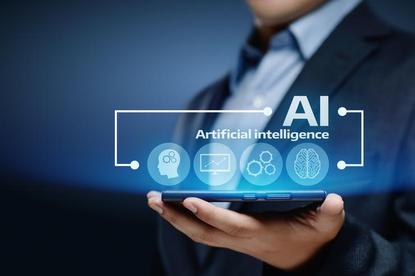 Several Australian high-profile business leaders and thinkers are urgently calling for debate on the regulatory and ethical implication of artificial intelligence (AI) as the technology soars into the mainstream.

In an open letter penned last week, key leaders including former Telstra CEO, and current CSIRO and JobsNSW chairman, David Thodey; distinguished professor at Australian National University and director of 3A instituted, Genevieve Bell; KPMG Law national leader, Stuart Fuller; and University of NSW chair in innovative disruption and the law and scientia professor, Ross Buckley; acknowledged the great potential of AI and its many possibilities for society. But they also called for urgent national debate to try and avoid the minefield of ethical risks and challenges associated with it.

“We are excited by the possibilities AI holds for areas as diverse as health, education, security, social services, finance, agriculture and transport to drive a better quality of life for every Australian,” the letter reads.

“But there are significant risks and challenges that need to be addressed. Be they ethical algorithms for autonomous vehicles, bias in AI-powered hiring processes, the impact of fake news bots or the potential to entrench ongoing exclusion on the basis of gender and minority status. Or the lack of a regulatory and ethical framework, as the pace of development of smart technology leaves the old, dumb law struggling to keep up.”

Questions posed for urgent debate include the impact of AI on Australian society near and long term; what ethical, trust and human rights challenges are presented; and whether Australia needs a governing body responsible for setting standards and guidelines for ethical use of AI.

“Whilst there has been much debate, there has been little progression in how AI should be regulated,” the letter continues. “We believe Australia must explore the need for a specific organising body to guide and advance the development of ethical frameworks, policy and regulation as they relate to AI.”

To kick-start discussion, the group is launching an AI Forum in Sydney on 7 February, an event bringing together academics, government officials, business leaders, technology experts and community representatives.

“Now is the time to recognise the opportunities, concerns and expectations in terms of the potential impact of artificial intelligence on the future of our workforce, income, privacy, agency, bias and accountability, to name a few, and to start to address them,” the letter states.

The letter also makes reference to the Australian Government’s Digital Platforms Inquiry, launched 18 months ago and overseen by the Australian Competition and Consumer Commission (ACCC), which is aimed at better understanding the impact digital platform providers such as Facebook and Google are having on media and advertising competition in Australia.

The ACCC’s preliminary report, released in December, paints a disturbing picture of the dominance of such platforms, and makes 11 recommendations to combat this, including more regulatory authority to investigate, monitor and report on these digital players, a digital ombudsman to lift transparency, codes of practice and privacy reforms.

“We are currently learning more about the complexity and use of algorithms as highlighted by the ACCC in its Digital Platforms Inquiry,” the letter from Australia’s leading experts states. “The concerns we feel about new technology solutions are very real. They touch on issues related to privacy, job security, control and trust.

“To truly harness the potential that AI promises, we need to lean in to its risks and challenges. A conversation about this organising body should focus on how it will debate and advocate for the big decisions Australia faces when it comes to AI, both as a nation and as part of an interconnected global community.”

Internationally, there has certainly been emerging debate around the issue of ethics and AI, with one panel at a recent Salesforce event suggestion bias – both human and data-based- is the biggest threat to AI development. A number of sessions at last week's World Economic Forum in Davos, Switzerland, also homed in on the rise of AI and its implications for society, again with the aim of generating further awareness and debate.

The list of experts behind Australia’s AI dialogue includes: