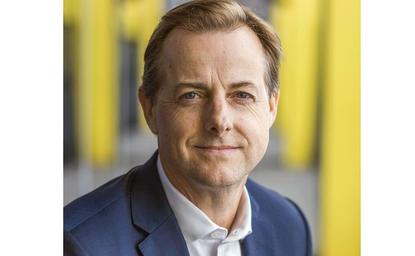 Reinke joins News Corp as managing director of consumer, with responsibility for driving audience growth and engagement as well as building the subscriber base. His appointment is one of a number of leadership line-up changes corresponding with the merger of News Corp’s digital and print publishing assets.

Reinke left Suncorp 18 months ago after a 14-year career with the financial and insurance giant that saw him rise up from general manager of group marketing in 2005, through to group executive for customer, data and marketing, then chief customer experience officer in 2016. In his last few months until his departure in May 2018, Reinke worked as an advisor to Suncorp.

His many achievements at Suncorp earned Reinke the number 1 spot in the inaugural CMO50 list of Australia’s most innovative and effective marketers in 2015.

In June last year, Reinke then joined PwC as an advisor to its growing CMO Advisory Practice.

At News Corp, Reinke is indirectly replacing former CMO, Tony Phillips, with a fresh title to reflect the focus on building audience, a spokesperson said.

Alongside Reinke, News Corp chief operating officer, Damian Eales, has gained an expanded remit in the new line-up to not only include metro, regional and community publishing, but also The Australian, News Prestige titles such as Vogue Australia, Vogue Living and GQ Australia, and the digital media offering, NewsDNA.

In a statement, Eales said he was thrilled to have Reinke coming on-board.

“Mark’s proven track record in understanding the customer experience is second to none, and he brings substantial and significant expertise to News Corp,” he said.

Current CEO of The Australian, Nicholas Gray, also has a broader remit as managing director of The Australian, NSW portfolio and News Prestige titles. Meanwhile, MD of NSW, Michael Wilkins, becomes MD of sport, wagering and gaming, and is tasked with uniting and growing the sports offering as well as overseeing affiliated wagering businesses including Punters.com.au and Racenet.com.au.

“In this expanded role, Damian will work with me to ensure we deliver on the growth agenda for our publishing division. We have clear strategic objectives and with these new leadership roles in place, I have every confidence that we will continue to grow and strengthen our business,” Miller said.

All new appointments are effective from February 2019.

Prior to joining Suncorp, Reinke held senior marketing roles with Telstra. He also spent 14 years with the BHP Group, including responsibility for development of new markets in the US and Mexico a range of senior roles responsible for profit and loss accountability in key Australian markets.