Associations such as AANA and ACMA, through to broadcast media and social agencies all welcome the ACCC's preliminary report into the dominance of Google and Facebook and recommendations for significant change 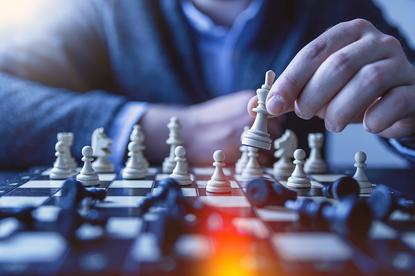 The ACCC’s preliminary Digital Platforms Inquiry report has scored a big thumbs up from the marketing and media industry, with several praising the watchdog’s extensive investigation and “engaging” recommendations.

The report, which was commissioned by the Federal Government last December and released in preliminary form this week, features a wide-ranging list of recommendations aimed at stemming the worrying dominance of platform giants such as Google and Facebook on Australia’s media and advertising landscape.

Among these are calls for a new regulatory authority to investigate, monitor and report on Facebook and Google’s impact on news content and advertising services; a digital ombudsman and privacy reforms to better protect consumer choice, take-down standards, codes of practice and even browser and search bans to prevent Google being the default search or Internet browser on mobile and desktop devices.

The report also makes plain the concerns many in the community have around advertising competition, as well as fears that consumers are increasingly in danger of being caught in an echo chamber thanks to narrowed and curated news content that lacks the rigorous standards of the rest of the traditional media industry.

CEO of AANA, John Broome, welcomed the publication of the report on behalf of national advertisers.

“We agree with the ACCC that many of the issues are complex and welcome the ACCC’s determination to consult with stakeholders between now and 3 June 2019 and its openness to further analysis and assessment,” he said.

“We will discuss the preliminary report with our member and other industry bodies and look forward to engaging with the ACCC between now and June 2019.”

A spokesperson for the Australian Communications and Media Authority (ACMA) also welcomed the report and said it’s looking forward to the debate and discussion the report should stimulate.

“Examination of the impact of digital platforms on news and journalistic content - given the critical role content plays in our nation’s civic life - is essential and timely,” ACMA said in a statement to CMO. “We will consider the report in detail and look forward to the debate and discussion this report will stimulate.

“If digital platforms are not meeting the expectations of the Australian community, it is timely that governments and regulators such as the ACMA and the ACCC, consider whether interventions are required.”

“We are pleased the ACCC has taken this issue raised by Nine and other media organisations very seriously,” Nine said in a statement. “The report suggests some promising and real solutions that are encouraging. We will now review the report in detail with a view to a more detailed response.”

NewsMediaWorks CEO, Peter Miller, described the preliminary report as a means to even the playing field between traditional media and its next-generation digital rivals.

“Not least because the ACCC, which has sought input and received plenty, has publicly and specifically acknowledged the pivotal role played by news media publishers in proving diversity, quality and authentic news and journalism,” he said.

“Even in its preliminary report, there are several recommendations that go to evening up the playing landscape, for example, the strengthening requirements around the collection and use of personal information that would be applauded by all. This has been a shambles.

“Other recommendations go to improving advertising transparency on the one hand and practical proposals around the tax deductibility of news media subscriptions on the other. It’s been a thorough investigation.”

While it’s early days on the recommendations, NewsMediaWorks is backing most of them.

“NewsMediaWorks represents publishers striving in a substantially regulated sector, against competitors that operate free of many constraints. Regulatory imbalance obtains, and this is unfair at best,” Miller said. “That said, we would need to see the fine print around the establishment of a ‘regulatory authority’ before leaping for joy.

“But whether a regulator is required is moot. If the platforms stepped up to the crease with real proposals, such as a code of practice with transparent review processes that protected advertisers, consumers and the originators of authentic news content, that might reduce the proposed scope and burden of the regulator.”

CEO of social media marketing platform ShareRoot, Noah Abelson-Gertler, pointed out the findings of the ACCC surrounding Facebook and Google's dominance is not news to consumers and citizens worldwide.

“On the other hand, the significance of this preliminary report is one of the tens of examples of countries taking control into their own hands to call a spade a spade and begin pondering the restrictions and controls put on Facebook and Google,” he said.

Across the list of recommendations, Abelson-Gertler was less keen on limiting Chrome and the Google search engine’s and stressed the importance on focusing on data transparency efforts.

“If consumers like using Google products, people should be free to continue doing so while Google itself should put into place more transparent business practices for the people they are making money off of - all of us,” he continued.

Abelson-Gertler was also quick to applaud the ACCC’s moves to see changes to Australia’s Privacy Act, adding it’s not a unique problem to this country.

“The ACCC's proposed changes follow inline with the laws put into place with the GDPR, and Australia is among the tens of other countries following suit behind the GDPR,” he said.

“When data is collected, we as citizens should be told that this is taking place as clearly as possible, and should have the opportunity to fully control how our data is collected, how long it is stored, and lastly be given simple courses of action to penalise the companies who take advantage of our data.”

What’s more, Abelson-Gertler saw the desire for Facebook to provide an opt-in model for targeted advertising as a no brainer.

“People deserve to have full control, and if given the control people will choose what fits for them and in response be more responsive to advertising, and respect the social platforms and search engines giving them control, even more,” he added.