Report: Consumers prepared to walk away due to data breaches 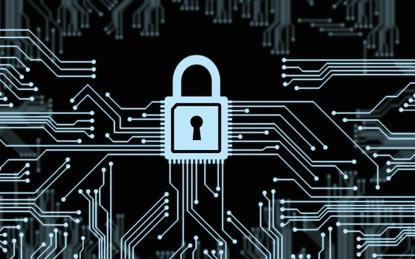 Consumers are holding companies responsible for data security and are likely to abandon a business entirely, and take legal action, if they suffer a data breach, a new study reports.

Gemalto’s Customer Loyalty 2018 Report found Australian consumers are more likely than their global counterparts to walk away from a company (retail, financial, healthcare) that experiences a breach, with over two-thirds (70 per cent) admitting they would look elsewhere if financial and sensitive information such as card details and bank accounts were stolen. Over half (55 per cent) admitted they would also walk if passwords alone were stolen.

The report found retailers (62 per cent), social media sites (57 per cent) and banks (53 per cent) are most at risk of suffering the consequences of a breach, with Australian consumers prepared to avoid their business in future. Two-thirds of Australian consumers are worried that, at some point, their online personal information will be stolen.

This follows the UK Information Commissioner’s Office (ICO) fining Facebook £500,000 for ‘serious breaches of data protection law’, the maximum penalty it can impose under previous legislation.

In addition to switching brands, young people are more prepared to go further and participate in legal action against brands that lose their data. Nearly seven in 10 (67 per cent) 18-24-year-olds revealed they would take fraudsters and brands that suffered a breach to court.

The report also found Australians are less likely to provide organisations with feedback on what security methods an organisation offers/uses, with just 28 per cent having done this previously. In addition, local consumers are most concerned with the protection and security of their personal information when using social media sites, with majority (65 per cent) of respondents believing social media sites expose them to the greatest risk. Social media companies are believed to be vulnerable, with 61 per cent of consumers saying they pose greatest risk for exposing data.

“Businesses have no choice but to improve their security if they want to address frustrated consumers that don’t believe the onus is on them to change their security habits,” Gemalto CTO of data protection, Jason Hart. “Social media sites in particular have a battle on their hands to restore faith in their security and show consumers they’re listening – failing to do so will spell disaster for the most flagrant offenders, as consumers take their business elsewhere.”

“This should be a wake-up call to businesses that consumer patience has run out. It’s clear they have little faith that organisations are taking their data protection seriously, or that their concerns will be heard, forcing them to take action themselves."

This protection is also vital if organisations want to keep the next generation of customers, Hart said.

“As young people become the big spenders of the future, businesses are risking not only alienating their current and future revenue streams but also their reputation if they continue to give the impression that they don’t take data security seriously," he added. "Businesses must start doing the basics properly; protecting their most valuable asset, data, with the correct security controls.”