Why data monetisation is an imperative for retailers 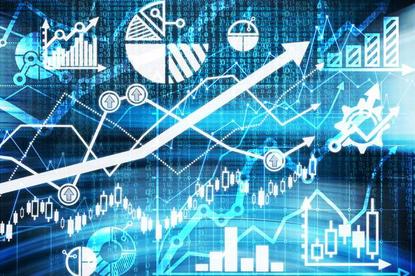 Data monetisation is no longer nice-to have but an imperative for retailers and increasingly consumer-oriented companies looking to remain competitive.

That’s the view of dunnhumby CEO, Guillaume Bacuvier, who caught up with CMO on a visit last week to Australia. He previously spent 10 years with Google, most recently as VP of advertising solutions in EMEA, and has a background in telecoms and technology firms as well as data.

Dunnhumby describes itself as a customer data science company and works with brands in 30 countries including Tesco, Red Bull, Coca-Cola, LÓreal and GSK. The 30-year old group has 2000 staff globally, 25 per cent of which are data scientists, and helps organisations tap into first-party customer data sets, such as transactional history, loyalty data and Web data, to extract insights and better understand customer behaviour.

While these insights are increasingly being used to improve operational efficiencies, Bacuvier said the other growing opportunity is companies creating revenue streams off the back of such data sets.

“Many retail companies have a lot of data and an opportunity to sell it in different forms and create revenue streams from it. Whether it’s used in the advertising, market research environments or for products, there’s way to add incremental revenue by creating businesses off the back of data,” he said.

“That’s typically doesn’t come naturally to them because it’s a different form of business.”

While agreeing organisations should be doing more from their first-party data in order to improve aspects of current business performance, Bacuvier believed they need to do both at the same time.

“If you take retail in particular, there’s a strategic imperative to generate revenue out of data, because the new types of retailers – and Amazon is the posterchild of this in the Western world – have moved very quickly to create revenue streams out of their data,” he explained.

“That allows them to create streams of profit that feed back into products and price points, making them very price competitive. Alibaba does the same in China. You end up competing with people whose core business is not to make money out of retailing, but these other data-generated revenue streams. The retail businesses just break even. It’s very difficult to compete with that when your competitor has other revenue streams.

“This data monetisation business isn’t necessarily a nice-to have, but something you have to do to survive.”

Although the warning was pitched at retailers specifically, Bacuvier said this also applies to consumer-facing companies accumulating a lot of information, such as financial services.

This kind of data monetisation is going on in the Australian market already, with brands such as Woolworths sharing data via Quantium, and NAB and Qantas via marketplaces like Data Republic.

“It’s certainly not a new concept but has the potential to go much further,” Bacuvier said.

“All these [consumer companies] could see value in creating, fuelling and powering more effective marketing through media planning, improved targeting, creating audiences, and find more relevant prospects online. There is different ways to monetise that data in marketing ecosystem.

“You could resell the data for market research, and other sectors may have the potential to do the same. But retailers are in a sweet spot, because transactional data about what people buy is uniquely valuable for many other businesses. Especially if you can combine transactional and survey data to really understand consumers in a way that’s incredibly attractive to other companies.”

The rise of automation

For its part, dunnhumby is looking to capitalise on the rise of automation, machine learning and artificial intelligence to extend its reach downstream to smaller companies looking to maximise their use of data. Bacuvier said technology is quickly making it possible for companies of all sizes to better tap data without having huge in-house data science teams.

For marketing, he saw data expertise driving the average efficiency of marketing activities “so we’ll see less and less waste”.

“Lot of areas in business and marketing that have been a guessing game, and marketing and sales done on the behaviour of market research and panel data or at worst, intuition,” he commented. “The ability to present and mine large amounts of data, in an affordable way, has removed that guessing game and made the whole function far more scientific.

“As a result, what I see are people hiring staff with strong, qualitative analytics backgrounds in their marketing organisations. I don’t expect that to stop. The amount of data being collected keeps on going in volume as well as types of data.”

Nevertheless, while creative remains an important piece of the marketing function pie, Bacuvier was clear statistics, maths and technical know-how will only become more vital.

“You may not need an array of data scientists to turn it into something actionable, but you still need to humans to do the critical thinking on what data means and make decisions from there,” he argued.

“What will become automated will be very mechanical. But the ultimate implications of what it means to be left to human beings. Even if you have third-party providers, you’ll need to have enough knowledge of data to know this is the data we want to collect, the structure and way to collect it, the analysis and methods used to run against that data, and translating outcomes of analysis to decisions.

“So CMOs need people who are well versed analytically, understand statistics and maths, and have the technical backgrounds to make data-related decisions.”