How to evolve your mobile marketing strategy

Mobile apps have become a must-have for brands in the smartphone era. But how do you ensure yours actually sticks with customers? 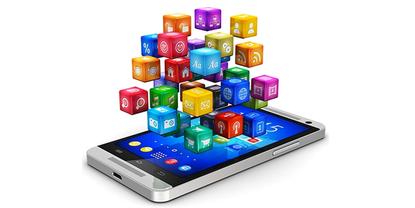 It wasn’t long after the iPhone’s launch that every brand decided it needed an app. But how many of those apps have made a meaningful difference in the lives of consumers – or for the brands that created them?

“Everybody thinks about mobile as a channel,” regional director for the customer interaction platform Swrve, Scott Mirabello, tells CMO. “But mobile is not just one channel. There are actually about 17 different channels on that device, from email and social messaging and text messaging to apps. The channels that sit on that device are also going to continue to evolve.

“So it is about creating more of a customer-first, multi-channel and multi-platform approach. And it is about ensuring you are adding value at every stage. Mobile marketing provides that opportunity to be there in the moment, but if you’re not adding value from the moment you download that app…”

What’s clear is download numbers are no guarantee of success. A 2017 report from App Annie found the average smartphone user used 30 apps per month, and 10 per day, with the most popular categories were utilities and tools, such as web browsers, followed by apps for social networking, communication and social engagement. This was despite users normally having between 60 to 90 apps on their device.

This echoes an earlier report by Localytics, which found 80 per cent of users did not use apps they have downloaded after three months.

This hasn’t stopped developers from churning out an increasing number of apps, with Statistica reporting 2.1 million apps were available on Google Play and 2 million in the Apple App Store in Q3, 2018.

However, numerous reports have noted the rise of these so-called zombie apps, with Adjust noting 83 per cent of those in the Apple App Store were not in the top 300 placements, meaning they would show up organically.

Altogether that makes for a huge number of zombie apps languishing unloved in app stores and the back pages of mobile phones.

So how then can any brand break through that sea of competitors, and not just get on to the phone, but stay on the phone and become a useful part of a consumer’s life?

The push for personalisation

The first port of call for many brands has been personalisation. But according to the managing director in Australia for experimentation platform Optimizely, Dan Ross, the problem here is the number of variables for each user means no brand can every truly know what’s going on in their mind at any given time.

“They know maybe what you were doing last time and where you are, but even then they are probably not sophisticated enough to have that data organised and ready to deliver a personalised experience in that moment,” Ross says.

“So they are spending money on personalisation tech and all of these different messaging and notification capabilities, to try and do what they have always done, which is put a big billboard in front of you on the screen and get you to look at them long enough to spend some money. But that is a pretty annoying thing for most customers.”

According to Ross, the businesses winning are not the ones who are looking beyond just the presentation layer. “They are just trying to figure out how they make interacting with the app as easy as possible, so you come back frequently,” he says. “The more advanced ones are trying to remove friction.”

The hope therefore is by making a process simple and valuable, it can become habit-forming.

Principal at mobile consulting firm Lean Forward, Jennifer Wilson, attests a habit can take between six to eight weeks to create, and then needs to be maintained.

“It’s hard to see how a brand - other than one that provides us with something of real intrinsic value - can build a habit in themselves,” she argues. “That said, Nike and RedBull build habits around our behaviours which then have a flow on benefit for the brand.

“I can really see the use of habit forming where there is a personal life improvement benefit.”

Related: Why app engagement must be personalised

It’s for this reason that SAP Customer Experience CMO, Kevin Cochrane, believes brands need to seriously rethink the role their app will play in the lives of consumers and focus on how it will assist the consumer, rather than just assisting the brand.

“We are just learning now how to drive predictive models based on machine learning to provision the appropriate service in an appropriate, progressive UX that creates the habit-forming behaviour,” Cochrane says.

Ultimately, this means thinking about the mobile device as a relationship tool rather than an acquisition tool.

“When brand leaders were thinking about customer experience, it was really still tied to the customer acquisition experience, and tied to the first part of the lifecycle and driving people to prescriptive outcomes based on their marketing automation systems and internal KPIs,” Cochrane says. “Now we need to go a step further. We are trying to help people have a happier, better life, and there is a specific outcome that we need to help them drive towards.

“We need to reinvent the entire business model, and offer and deliver new services to the consumer in real time in order for them accomplish their goal.”

Up next: What it takes to build engagement with your mobile app

While Nike achieved this with its Nike+ Run Club, few others have succeeded. The task is made more difficult for product companies that engage with consumers infrequently, or where that engagement is mediated through a retailer.

Cochrane says the goal should be to get consumers to ‘check in’, through creating content and community. In this way, he believes brands can create relationships around even mundane but essential products such as toothpaste.

“They are not just selling toothpaste, they actually taking care of you in terms of your oral health,” Cochrane says. “What is the brand promise, and how are you going to reinvent the services for your consumer to have a new relationship with them? And how are you going to maintain that relationship with them over their lifetime and make it habit forming?

“You survive by creating a real community around your customer.”

This might also mean thinking seriously about the level of interaction a brand can expect to maintain on an ongoing basis. According to head of advisory and solution at design and development agency, ThoughtWorks, Daniel McMahon, this might mean ditching the duration of an interaction in favour of its repetition.

While some app experiences see the consumer adopt a ‘discovery’ mindset – such as when Web browsing or interacting on social media – at other times they are adopting a ‘need’ mindset. McMahon says this is well demonstrated by food service apps such as Uber Eats.

“Those brands are really at the forefront of trying to drive down that time on screen, because less time spent on screen to get a successful outcome maximises the value of that moment with the customer,” he explains. “On the other hand there are those moments of discovery where I just want to immerse myself in something and want to learn something new.”

McMahon also points to fitness apps such as Strava, which align with the ‘need’ category. While they might only be actively used for a handful of minutes each week, they play an important part in the life of the consumer.

“It is a really important part of my world, but that is not necessarily manifested in screen time,” McMahon says. “The frequency of the interaction builds the strength of the relationship.”

Not surprisingly then, McMahon says human-centred design is playing a crucial role in helping brands understand the role they can play.

“The best brands are doing that continuously because they assume that the world isn’t static and they will need to continue to gain insight into that community of people that they serve,” he says.

But for many brands, time is running out. With the Internet and app economies only making room for a small number of winners in each category, many brands have a limited window of opportunity should they wish to avoid their apps being cast into the ranks of the zombies.

And just as Dunbar’s number sets the number of individuals with whom any one person can maintain stable relationships with at 150, Cochrane postulates the maximum number of brand relationships we might want to maintain on our phone as no more than 30.

“All of us at some point in time are going to make the decision that there are some brands we know and trust and are speaking to as a person in order to fulfil our daily needs and live a certain aspiration lifestyle,” Cochrane says. “They are the companies I really need to live my life – how do I go on vacation, how do I do business travel, how do I eat in my home, how do I eat outside my home, and so on.

“There are certain brands I will just know and trust and they will be in my phone. So I will be part of their loyalty and rewards program and they will know everything about me.”

And then there is everything else.