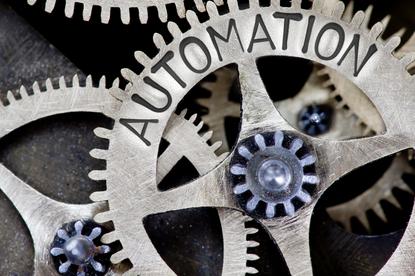 Streamlining disjointed systems and taking content marketing to the next level has seen First National Real Estate increase its organic traffic by 50 per cent. And this is just the beginning.

It was just over a year ago when First National realised its disjointed marketing platforms were hampering efforts to run an integrated national campaign at scale. Lead generation was suffering and content was not getting the engagement they were after. This was after a website revamp in 2014, so it was clear something wasn't working.

This led to the engagement of HubSpot 15 months ago, and the results speak for themselves. First National has since tripled its subscriber base from 7000 to over 21,000. An improved content marketing strategy has resulted in 50 per cent increase in organic website traffic and an 83.5 per cent increase in new, first time visitors.

Sue Goddard, digital marketing manager at First National Real Estate, said the automation allows First National to capture prospects at each stage of their real estate journey, from renting to buying a first home, investing and upsizing, separations, downsizing, and retirement, at scale, with a streamlined team.

First National produces a range of content include buyer and seller guides, property guides, and regular blogs from internal and external sources, but they had no idea who was engaging with it.

“We realised we didn’t have any visibility on who was engaging with our content. In particular, we had a large blog on our website, but content didn’t have a call to action, so we started looking for a marketing automation software to allow us to take our content marketing efforts to the next level,” Goddard told CMO.

“We evaluated a few other marketing platforms, but the blogging platform really drew us to HubSpot. Also the ad-on tool was great. Now, we’re running a national lead generation campaign which has allowed us to integrate organic, paid search, paid social, and marketing efforts into a single hub. Previously, we were using disjointed systems and we didn't have a complete view.”

Of course, the on boarding process, including migrating blog content across, was a big task for a small team, as was getting executive buy-in for the purchasing of the platform.

“At a high level the aim of all this was to deliver high quality leads to our offices around the country, via innovative integrated campaign,” Goddard explains.

“We have 400 offices around Australia. Now, thanks to the national lead campaign, when a lead comes in it is distributed to the relevant office. HubSpot has meant improved internal efficiency so we can run a large campaign at scale with a small team and get the right leads to the right offices quickly.

“Our lead generation campaign has generated over 3900 contacts, a 960 per cent increase in organic contacts. We’re pretty chuffed with that.

“Other main benefits we’ve be able to realise is the consolidation all of our marketing activities into a single hub. One dashboard gives us great visibility across different channels.

“We’re doing A/B testing on landing pages and various groups to ensure we stay relevant. The personalisation is also fantastic; our content is getting more engagement because the right people are engaging at the right time.

“One key business objective was to not only attract people to our website, but convert those anonymous website visitors to leads who will be First National customers down the track, and we’ve achieved this.

“I’m so excited to be working in digital marketing, as there’s always new technologies and platforms coming out to enhance our marketing efforts.

“It was difficult to get executive buy-in at first, as it was an investment of resources and money. I had to demonstrate to our stakeholders the benefits of going down the marketing automation path. I did have to put a business case together.

“However, last year our website attracted an increase of 83.5 per cent of new visitors to the website, a great indication our content is really resonating with people out there now.

“The new contacts we now have and target has enabled the network’s real estate agents to gain access to an additional $34.5 million in selling fees, plus we’ve been able to establish First National as a thought leader in the industry.”