The business leader behind the Claudio Lugli brand shares his journey to harness retargeting, social media marketing and prospecting to find commercial sucess 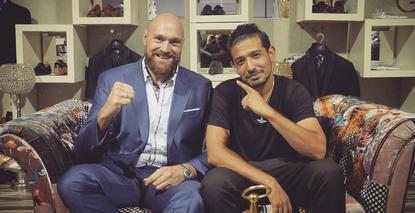 It was four years ago when Nav Salimian overheard the conversation that would reset the direction of his working life, and thrust a small independent fashion label into the digital spotlight.

Financial difficulties were leading his father, Hoss, to think about closing the last of the family’s London fashion boutiques, which had been operating on the Wood Green high street for 25 years.

But hanging on the store’s racks was a label Hoss had been tinkering with for a decade – the eponymous brand that had been gifted to him by the Italian designer, Claudio Lugli, whom Hoss had apprenticed under for six years in Brescia, Italy. So Nav Salimian pressed pause on his career as a digital marketer in film and music industries to take on the task of building his family business’s own digital presence.

“The Claudio Lugli brand had been simmering in the stores very slowly and quietly, as he hadn’t been able to put his full attention to it,” Nav Salimian tells CMO. “The brand is something that needs to be seen, and we needed to give it a real chance, because it was such a vibrant colourful brand.

“I thought it would be good if I could try my best to market it online on his behalf, and get it seen through the windows of the world, which is the Internet.”

At that time, however, Claudio Lugli lacked even a basic website, so Nav Salimian set about convincing his father the investment would be worthwhile. The website launched in May 2014 and Nav Salimian’s initial marketing efforts focused on visual social media tools such as Instagram and paid ads on Facebook. But it was an incident involving retargeting that set the future direction.

“I was on my lunchbreak and an ad caught my attention, and I ended up spending 130 pounds on jeans,” Nav Salimian recalls. “I clicked on the information button to see the host was AdRoll, and immediately called and said I need to speak to your small business team because this would work for my customer base.”

The first retargeting campaign ran across the Black Friday sale two years ago. “I returned 27 times the ROI on my first ever campaign,” Nav Salimian says. “I was doing web banner ads, but I also tool that on to Facebook and Instragram.”

That was good enough to convince his father retargeting was worth the effort. It took two months to get the first sale when the company started its website.

“We turned over just over 70,000 pound sales on our first year in 2014/15. That is something that we are now looking to do just in the month of October alone.” Nav Salimian says.

The next step has been using AdRoll’s prospecting tool, which has led to 10 per cent of Claudio Lugli’s sales now coming from overseas.

“I can use that prospecting tool to touch on to audiences in other regions that mimic the behaviours of the current customers,” Nav Salimian says. “That’s a strong base and we can build upon that.”

Claudio Lugli has now made a name for itself among independent UK fashion labels due to its use of vibrant colours and its limited production runs, which can run as short as 25 or 30. It has now expanded from shirts into suits, jackets and waistcoats, and in the last year launched a ladies line.

“The original Claudio was a big champion of vibrant and attention to detail like multicolour stitching,” Navi Salimian says. “We took it a little bit somewhere different and amplified it a little bit

The label has also created a small but vibrant fan community, called Spotted in Claudio, including numerous celebrities such as British professional boxer, Tyson Fury.

“Every day they are posting unique content, reaffirming our brand values and mantra,” Nav Salimian says.

Four years on, the store has since closed, but Hoss Salimian’s Claudio Lugli brand is now stocked in 350 retailers, in addition to the online sales, thanks to Nav Salimian’s digital efforts.

“I was very keen for him (Hoss) to play his position which was as the designer, and allow me to do what I was doing,” Nav Salimian says. “He’s so creative and such a skilled tailor and designer, but he never had a chance to really take this brand further. And allowing me to take this risk and go with him into this digital space has been beneficial to both of us.”