Chief digital officer or CIO? If the cap fits... 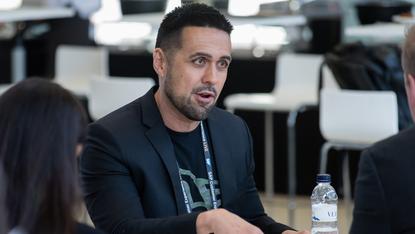 You may never have heard of New Era Cap Co, but you have probably seen its products, given they have been worn by celebrities and sporting luminaries from Jennifer Lopez to Babe Ruth.

For almost 100 years, the Buffalo, New York-based company has been making baseball caps, becoming the exclusive supplier to Major League Baseball in 1993 and subsequently expanding into other apparel. But when it came to a digital strategy, the company had been well and truly a laggard.

It has been Lorenz Gan’s job to help turn that around.

Gan doesn’t sound like your usual CIO, being just as comfortable talking to sales and marketing executives as he is to his own technology team. He even considered not taking the CIO title, and possibly joining the surging ranks of chief digital officers.

“What’s in a name?,” he asks. “It’s about the impact I’m having in an organisation. But the CIO title does put me in a box a little bit, so I’m redefining what CIO needs to be.”

Perth-born Gan joined New Era Cap in 2016 following a six-year stint in technology roles with the London-based fashion house, Burberry. Earlier in his career, he spent six years in technology roles with Telstra. Somewhere along the line, however, he began to sense the difference between what he describes as ‘version 1.0 CIOs’ and the type that he believes are needed today.

“My MO and my sweet spot is about being a modern CIO who understand the complexities of systems and infrastructure,” Gan tells CMO. “But the majority of meetings are with the front-of-office, product and brand marketing, where I’ll say ‘you’ve got great stories to tell, let me deliver the platforms that will elevate those stories’.

“The CMO/CIO relationship is so critical. I had that at Burberry, I have that at New Era. That I can deliver a digital outcome only works when you have that relationship.”

One of Gan’s first activities on joining New Era Cap was to ride along with sales reps. He spent a year deeply involved in different aspects of the business, including sales and supply chain, to see where the real challenges were in the business.

“Some of the comments that came back from customers were saying working with New Era was like going to the dentist,” he recalls. “When you hear it from a customer, not through an interpretation from a rep, you realise you have something to do.”

One of his first investments was in an ecommerce platform from SAP Hybris – something New Era Cap had been lacking throughout its history. Gan had experience with SAP from his time at Burberry, and says the decision to bring in a platform from a supplier whom many within New Era associated with ERP took some explaining. When that implementation proved successful, it gave him scope to push further in terms of building out digital capability.

“You are only as good as your last delivery,” he says.

Any remaining SAP sceptics were won over however when he was able to use SAP Hybris to create a custom cap configurator.

“People from well-known apparel and footwear brands have reached out to me and asked how we really did it,” Gan says. “They said they don’t know SAP that way. So it is about flipping the script a little bit, delivering outcomes that make them say, ‘wow, how did you do that?’.”

While Gan could have worn the chief digital officer tag, he believes ultimately the title is irrelevant. “I came through the technical tack, but I have a love and a passion for the marketing track as well,” he says.

“I always thought the perception of IT needed to change to move from the back office to the front office. And I saw success in my career when I was able to bridge the gap between IT and brand and marketing leadership - people that never gave IT much mind were all of a sudden having conversations with me.”