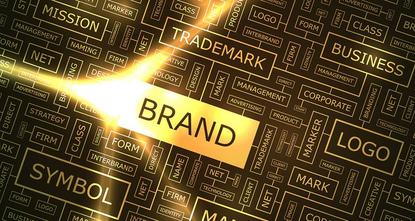 Marketers must be willing to research their own product ideas, know when to call it quits on focus groups, and have the courage to stick to one creative concept and see it through.

Those are just some of the many brand building insights shared by David Gluckman, brand strategist, author and creator of Bailey’s Irish Cream, during today’s AANA Reset conference in Sydney.

Gluckman, who has built an illustrious 40-year career developing and marketing products such as Kerrygold, Baileys, and alcoholic drinks brands owned by IDV (Diageo), shared some of his biggest successes and failures with attendees and his advice on the marketing fundamentals relevant even to today. These experiences are reflected in his book, That Shit Will Never Sell, which discusses 47 ideas in profile.

Along the way, Gluckman said he researched his own ideas and always presented brands to companies, stakeholders and consumers as “if they existed”.

“I never asked people how they liked it, or what they thought of this brand, would it be a good idea if it brought out a product like this… or did beauty contests or which package or flavour you prefer or name. It was always a fait accompli,” he said. “It’s far too much to ask your consumers to make decisions that you should be making.”

Gluckman also suggested many marketers spend too much time breaking down customer groups by age, class, region, and other factors, adding two focus groups are almost invariably enough and that he’s been surprised at how much money people are willing to waste on research.

“The amount of research people give consumers is really quite surprising,” he said. “You have a global design giant spend $250,000 redesigning your package, then you go to a bunch of people who know f*** all about design, to critique it and improve it, seems absolutely crazy to me,” he said.

What Gluckman did strive to do, however, was bounce his own ideas off other people and gain insight. “Consumers can’t create brands – they didn’t in my time and I don’t suppose they will,” he said.

In the case of getting buy-in for Baileys, Gluckman said an important step had been only engaging with top management at IDV to sell the product idea. Baileys has since become the world’s biggest liqueur brand globally, with 6.6 million cases sold annually. The name for the brand came from a local bistro nearby Gluckman’s office.

“We also presented one single idea – there was no plan B. It’s a wacky thing to do if you’ve never met the client and they haven’t briefed you personally, but we had no plan B,” he said. “I took that process with me for rest of my career and never presented more than one solution to a brief. It’s a real rod for one’s back, but I sincerely believe if you do a creative job properly, you can only come up with only one solution.”

Another key step was presenting the complete Baileys brand from the outset, with a ready-made printed label on a sealed and prepared bottle. Having a history grounded in the well-respected Kerrygold brand, one of Ireland’s most successful marketing achievements in the 1960s, then provided creditability, Gluckman said. The other thing was “judgment trumped research”.

“Research hardly existed then but we did a couple of groups and men said they drink pints and shorts, they’d never drink it. Women said it reminded them of a well-known diarrhoea remedy,” he said. “I remember we picked up the research on the way to Ireland and we were going to throw it away, but I ended up keeping it and presenting it to the client at our 10-year anniversary party.”

There were failures after that, including the US Greensleeves product for the US market, which was neither suited to the time or the place, Gluckman said. Other successes, meanwhile, included the Sheridan’s coffee layered liqueur, which has lasted for more than 30 years.

Through all of these experiences, Gluckman had plenty of advice for those marketers in the room. The first was to overcome pre-conceptions on what you can and can’t do.

“If you don’t know what you can’t do, you can do anything,” he said. “I have made a lot of products myself. I remember going to a session with a bunch of scientists who said I’d just violated the second law of thermal dynamics. Well if you don’t know what it is, it’s pretty easy to get around it.”

What’s also clear from across his career is that ideas only worked when commissioned by top management, Gluckman said. “I had loads of projects with brand and marketing managers, and the need for reassurance, process, and being risk averse meant they paid their money but nothing happened,” he said.

Gluckman also advised looking at existing pockets of research done by your organisation and the industry, calling it “a gold mine” for fostering ideas. But if you do your own research, know when to stop, he said.

Another piece of advice was to always look for a better product in whatever category you’re in. And importantly, don’t forget about the consumer.

“In a world of ideas… you think you’re the absolute hero for coming up with the idea, but it’s the idea at the other end of the table who buys it that’s the real hero,” Gluckman said. “I don’t think we know enough about what makes people buy ideas and how they go about it. If we can find more people like that, they should be valued.”

Finally, Gluckman said ownership is the key to success.

“There’s a lot of charlantry in the field and terms like ‘breaking paradigms’, and ‘thinking outside the box’. The best ideas I’ve ever had have all come from inside the box,” he concluded. “Use your common sense, read the research you’ve got, and understand your brands. That’s it. The language is too complicated.”

Read more on how other organisations are tackling brand building: