Advertising supply chain woes can be solved by blockchain: Adbank 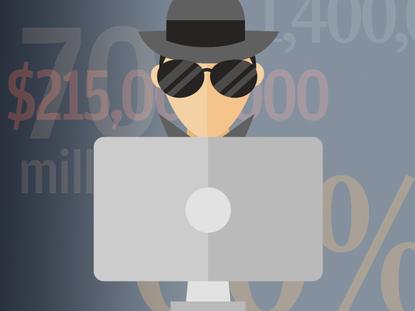 Adbank co-founder and CMO, Angelo Dodaro, is on a mission to solve the advertising industry’s transparency issue and is using the power of blockchain and artificial intelligence to “follow the money” and fight the $50 billion ad fraud problem.

“It’s notoriously one of the most self-hate industries out there,” Dodaro told CMO.

Dodaro is considered a leading expert on the intersection of creative content and digital advertising and has become an internationally renowned speaker on the topics of blockchain technology, innovation in digital advertising, and cryptocurrency marketing.

He is a sought after ICO expert and consultant; having led his team through the most unique marketing campaign in ICO (Initial Coin Offering) history that featured a viral video created by Emmy nominated Zack Bornstein (SNL, Jimmy Kimmel).

Dodaro’s latest mission is timely given companies like Procter and Gamble (P&G) - the world’s largest advertiser - recently slashed digital ad spending by $200 million. P&G brand chief Marc Pritchard has been a vocal critic of the lack of transparency in the industry, calling out “murky” and “fraudulent” digital marketing practices.

Dodaro said Canadian-based Adbank is building an ad network with an analytics and anti-fraud artificial intelligence engine. It’s an advertising ecosystem built upon Ethereum (ETH), through the creation of the Adbank token: ADB.

Essentially, he said Adbank creates a programmatic and real-time bidding system for advertisers and publishers. Each ADB token represents an ad or ads. Publishers sell the ads to advertisers using the currency of this new ad economy.

Dodaro said the company decided to build the ad network and analytics and anti-threat engine in order to help solve some of the industry’s pressing problems, which stem from a lack of transparency. Key stakeholders in the advertising supply chain - the advertisers and the publishers - are being improperly served, he explained.

“The whole objective of Adank is to bring the value back to the key stakeholders and eliminate the need for intermediaries that are taking more than their fair share with what’s available these days.

“And that’s where blockchain comes in because it’s uniquely positioned to deliver that transparency. It is the first technology that we have that can really provide an objective, untamperable transparency.”

Dodaro said the industry can now tackle ad fraud in a “more meaningful way” because it now has the ability to ‘follow the money’.

“When we have a token based economy we’re actually able to follow the path of that money in a way that’s just not possible any other way. Anyone who deals with fraud will tell you, ‘you have to follow the money.’”

In the short-term, Dodaro's main objective is to create the infrastructure layer to build upon to properly address these technologies. By building an advertising protocol, he said Adbank is in the unique position of being able to build an advertising ecosystem designed to be highly resistant to fraud.

“It's still early days, but there's a lot that we can do to bring immediate value to the advertising supply chain.”

Asked what this technology means for today's modern-day marketers and CMOs, Dodaro said marketers have been asking for this type of approach for some time.

“It is like a breath of fresh air for them because they’ve been screaming and demanding transparency for a very long time. But the problem is we’re operating in essentially a duopoly where most of the global advertising spend - even if you factor in non-digital - is going to Facebook or Google. They are calling the shots ultimately," he said.

“Just look at companies like Procter and Gamble that have a $7 billion a year advertising spending threatening to pull entire digital spend to make a big statement about it. Even these companies are still not getting the transparency they want.”

Dodaro expected CMOs, marketing leaders, and media buyers to be excited about blockchain because this is something that can “shine a light” on the wastage they know has been happening.

“They have been calling it for a long time and we’re here to finally give them the data to back it up and shine the light into dark places that intermediaries and the middlemen that control the duopoly simply have no incentive to do. So we’re completely changing the incentivisation of how the whole ecosystem operates. Because it’s that broke, it needs to be broken and rebuilt.

“We’re seeing this in other industries too, especially supply chain related industries that have a lot of hands in the mix and have a lot of murkiness. Blockchain absolutely is going to revolutionise in the short-term and very powerfully in the long-term.”

Read more about blockchain in the advertising and marketing industry: