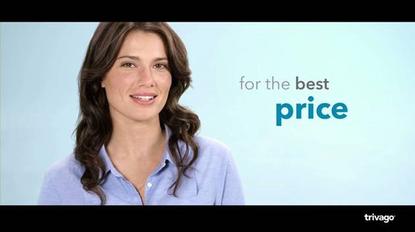 The Australian Competition and Consumer Commission (ACCC) has launched legal proceedings against Trivago, alleging the travel comparisons site has spent more than four years misleading consumers via advertising about the best deals available to them and has potentially harmed competition as a result.

The consumer watchdog alleges that from December 2013, Trivago positioned its aggregation website via TV advertisements as an impartial and objective price comparison service helping consumers identify the best deals available on hotel room bookings from other online sites, such as Expedia and Hotels.com. However, the ACCC said in many cases, the highlighted price was not the cheapest available at that hotel.

Instead, the ACCC alleges Trivago has been prioritising advertisers willing to pay the highest cost-per-click fees for a position on its platform. Trivago is a subsidiary of Expedia Group. Cost-per-click payments are the main source of revenue for the business.

“Based on Trivago’s highlighted price display on its website, we allege consumers may have formed the incorrect impression that Trivago’s highlighted deals were the best price they could get at a particular hotel, when that was not the case,” ACCC chair, Rod Sims, said in a statement. “Trivago based its rankings on the highest cost-per-click it would receive from its advertisers.

“We allege that because of the design of Trivago’s website and representations made, consumers were denied a genuine choice about choosing a hotel deal, by making choices based on this misleading impression created by the Trivago website.”

The advertisements have aired more than 400,000 times, according to the ACCC, only ceasing in April this year after Trivago stopped using representations about price in its TV ads.

In addition, the ACCC alleges online strike-through comparisons were either false or misleading because they compared rooms of different tiers, such as a standard room versus luxury room, from the same hotel. For the ACCC, this may have resulted in anti-competitive behaviour.

“We also allege that by not making genuine room price comparisons, consumers would likely have paid more than they otherwise would have for the same hotel,” Sims said. “Further, hotels may have lost potential business as a result of this alleged conduct.”

ACCC said its investigations and data showed the majority of consumers visiting Trivago’s website clicked on the most prominently displayed offers for each hotel.

For Sims, the case reflects growing concerns around price comparison sites, as well as how algorithms are being used to present search results to consumers. He issued a strong warning to other businesses to make sure they clearly state whether search results are sponsored or paid for to avoid contravening the Australian Consumer Law.

“We are very concerned that such platforms convey an impression that their services are designed to benefit consumers, when in fact listings are based on which supplier pays the most of the platform,” Sims said.

In a statement sent to CMO, a spokesperson for Trivago acknowledged the statement of claim lodged against the group today and said it was disappointed by the ACCC's decision.

"We are disappointed by the action the ACCC has chosen to take in relation to trivago and will vigorously defend our interests," the statement read.

The company also sought to reiterate its commitment to helping Australian consumers find their ideal hotel when travelling.

"We agree with the ACCC's earlier public statement that 'comparator websites can assist consumers to make more informed purchasing decisions when comparing what are often quite complex products, and can promote healthy competition by assisting small or new service providers to compete more effectively'," it stated.