Tech startup eyes the future of car repairs and servicing 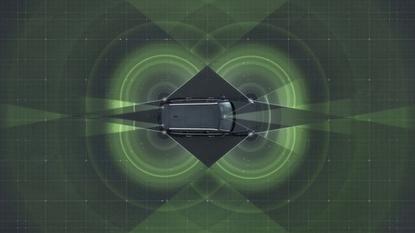 There is more than meets the eye to tech startup, AutoGuru.

On its surface, car servicing seems like a mundane, very basic, have-to-have-it service. But AutoGuru is having none of this.

The car servicing website, which closed Series A funding round in February this year and secured $6 million in funding from OUTsurance in May, has already transformed the way consumers book a car service. And this is just the beginning for the ambitious business, which likens itself to booking.com for auto servicing.

Already, AutoGuru has become the first car servicing provider in Australia to offer AfterPay. In coming months, the startup also hopes to communicate directly with cars for predictive marketing.

But until those lofty goals are reached, AutoGuru, which quotes over $10 million in car servicing and repairs every month, is busy testing its above-the-line marketing. Its head of growth, Elise Peate, said the key objective for the Series A funding earlier this year was to help expand its marketing wings.

“We operate lean, and in the past our strategy has purely been digital and pay-per-click advertising. We’ve never really explored channels that drive awareness,” Peate told CMO. “Once the funding hit, we wanted to try a well-considered and controlled test market in South East Queensland for above-the-line TV, outdoor and radio marketing, with a digital campaign sitting behind that."

The campaign will be running for three months. From there, the group plans to eventually roll it out down the east coast of Australia, followed by national activity, then international.

“But we need to prove this campaign, then go for a more significant round of funding,” Peate said.

The reason AutoGuru chose South East Queensland to test its marketing is due to simple supply and demand. As all metros areas convert similarly, AutoGuru recognised it had 15 per cent of the mechanic market in the area, while other areas were only at 7-8 per cent.

The campaign was also driven by the fact that women are twice as likely to book a mechanic online than men, hence its first brand campaign, ‘Who’s the Guru’, featuring a female lead.

The AutoGuru commercial launched in prime time across Queensland for the first time on 29 July and coincided with company being included in the Australian Financial Reviews’ Most Innovative Companies List. Of course, because they are operating lean, they are doing all the metrics in-house – for now.

“We are using contractors for data at the moment, we have no platform, because it is a small trial and it’s easy to track," Peate said. "The spend on a platform is a lot for a startup, but once we get to a significant level of spend we’ll definitely need to look at our attribution and analysis.

“For the moment, we are looking for uplift in brand searches and organic search, and we are doing it ourselves.”

This is somewhat of an incongruity, as AutoGuru’s marketing strategy is highly comprehensive and forward-looking.

“On any given weekday, consumers spend $64 million on the servicing and repairs of their cars. So we’re not niche, it’s a very broad category. We need to get in front of as many people as possible to get that growth trajectory we need,” Peate explained.

“Our product is cyclical and a point-in-time purchase. A lot of people have responded well to the ads, and the feedback is great. We purposely put a mobile device in the ad to train that behaviour, so we’re seeing mobile represent 90 per cent of our traffic. A lot of people love the marketing, but they are not due for a service for a while, so we’ve got a solid re-marketing program behind it as well."

The business also asks those who book to fill out a customer review, gaining a 35 per cent fill-in rate. This then gets circled back into marketing and communications.

“We use a lot of sentiment analysis in our messaging and communications. Our product is not a sexy product, it’s a grudge purchase - no one wants to do it. So if we can take as much of that pain out as possible, then we’ve done our jobs," Peate said. "We use a lot of our customers’ language, like simple, easy, fast, in our marketing messaging and communications and find it works quite well.

“It’s the same with our product development, we take a very customer-centric approach, and we leverage the call centre for this, which has a really good internal feedback process. We prioritise this in our product roadmap. For example, a lot of customers were asking for AfterPay, so we integrated it and became the first car servicing provider in Australia to offer AfterPay as a result.”

Once more funding has come in to take the business national, predictive marketing is squarely in the sights of the AutoGuru team.

“We are a tech startup, and data in our DNA. Being able to predict lifecycle marketing with vehicles will be our focus. If we know a car’s age, we can predict it needs a timing belt at a certain point in time, and get in touch with the car’s owner with highly personalised offers," Peate said.

“We are pioneering that space of predicting what’s happening for a car in the future and hope to achieve that in the next six months. A lot of car companies are doing OBD2 ports in cars for this purpose, which will need a network of mechanics to make it work.

"Our technology can potentially come in and power it so we can communicate with the car, find out what servicing it needs, get in touch with the consumer, and book, all in the space of about about 10 seconds.”

Check out more of our recent stories on modern marketing strategy: