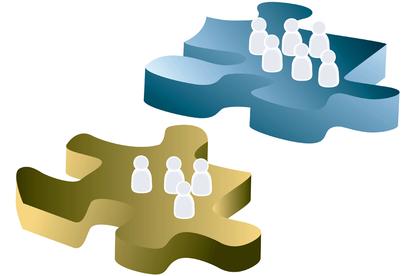 One of Australia’s leading data analytical and data science businesses, TEG Rewards, has rebranded as TEG Insights, a move it says was driven by enormous change in the research industry.

According to the company, the change reflects the rapidly evolving research market, new technologies, new data sets and a closer working relationship with TEG Analytics and TEG Digital.

“The rebrand to TEG Insights is the final piece in TEG’s strategy to activate the insights drawn from Australia’s largest consumer research panel of one million people and to integrate with our powerful data analytics and digital marketing capabilities,” TEG CEO, Geoff Jones, said.

TEG Rewards was established in 2007. In the past decade, 2.4 million people have taken part in consumer panels that form the basis of its research and insights. In return for their participation, the members have shared rewards worth over $10 million.

In 2016, TEG Group, the parent company of Ticketek Australia, launched TEG Analytics, a data analytics and services division aimed at not only helping brands derive better customer insight from first-party data, but also tap into the wealth of ‘affinity’ data generated by the live experience economy.

TEG Analytics and TEG Insights general manager, Andrew Reid, said it got to the point where the three businesses could be technically integrated.

“We’ve been taking what we do in research and integrating that in with the analysis business, and on down the value chain into our digital or activation business. It’s been 12 months in the making, and planning and building the technological pieces needed to have that single customer ID running across the three systems,” Reid told CMO.

The big messages Reid wanted to get out there is that the group is setting a new direction for research.

“Research now is how you take that traditional research model but apply it for activation,” he continued. “We are here to show that model is not only viable, but critical to the viability of market research. Because ultimately, when dealing with research budgets, you’re talking about how useful that is to marketers or media. You do your traditional research, then work out what those samples look like, and then you build scale from that sample, and activate against those populations.

“So it is insights activation that is the future of research. The ability to do primary research is still critical, but we must go beyond that in terms of finding population data sets and activating effectively so we are developing measures around ROI and attribution, which feeds back into research again. That is the clear cycle we have in mind.”

“One of things we’ve noticed in last six months is almost overnight we saw attitudes change and we ended up having more legal discussions,” he said. “It was a good turn of events for businesses that provide quality data in-market. It changed the sentiment towards data sets that were not transparent, and that led to more concrete conversations around privacy considerations and governance.”

TEG Analytics claims to be one of Australia’s leading data analytical and data science businesses with one of the largest customer databases in Australia and more than 14 million customer records. TEG Digital is an e-commerce business powered by advanced data driven solutions, drawing on the insights and analytics from millions of records and more than 230 re-targeting campaigns.