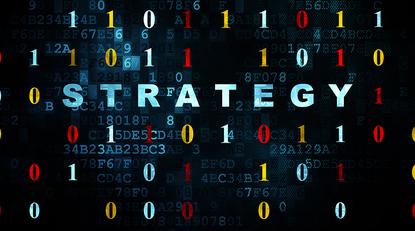 The University of Canberra has appointed a new digital partner and is rolling out Adobe’s Experience Cloud platform as part of a digital student journey transformation project aimed at delivering more holistic student experiences.

University of Canberra director of student connect, Scott Nichols, told CMO the decision to make the ambitious technology and business process step change was triggered by two factors over the past two years. The first was a detailed student feedback qualitative and quantitative research project including broad surveys, focus groups and more, to understand the education experience and journey from a user’s point of view.

“This was a holistic picture of the student journey from our perspective, and from listening directly to broad groups of students,” Nichols said. “Some of it was good, some damming and some refreshing insights came out of it. In a lot of ways, the lightbulb came on.

“Plus there were supporting findings that showed we were focusing on the right areas that needed attention, we just had to keep improving those.”

The second catalyst was investments into a CRM platform (Microsoft Dynamics) and new student administration system (StudyLink Connect). Both rollouts were led by the project management office in the IT department but sponsored by Nichols and business leaders across the business, making them highly collaborative efforts.

“A few of us been had overseeing these projects and been involved, and had the revelation that we were doing good stuff in isolated ways,” Nichols said. “The CRM as well as StudyLink had improved the admissions process dramatically. But they weren’t really connected and we were doing them as piecemeal, standalone improvements. When you sat that together with the journey research and what students were telling us, it was apparent students were feeling some improvements were good but not consistent.

“For example, it was good to have the benefits of a centralised CRM, but to then have students having to fill in three paper forms when they came in to get a unit changed, meant it wasn’t a seamless experience.”

Following a request for tender 18 months ago, the education institution appointed accordant, Linked by Isobar as its digital agency to help with the transformation effort. The agency became part of the Isobar group, which in turn is part of Dentsu Aegis Network, in March.

Under the phased transformation approach, the University of Canberra will roll out Adobe Experience Manager across all digital devices and integrated with its back-end management systems in the next six months. It’s also bringing on Adobe Audience Manager, Analytics and Target offerings.

The University of Canberra’s overarching focus is on enhancing online student experiences by adopting more advanced digital engagement, conversion and retention strategies that support the full academic lifecycle. Specifically, the university is looking to personalise and optimise digital touchpoints through relevant information digitally.

“The digital transformation will place future and current students at the very heart of the journey to drive more engaging, rewarding and satisfying experiences for them,” Nicols said.

When putting the RFP out, the university went broad deliberately, he continued. “We weren’t sure if there was a technology and/or partner that could help us, but also we weren’t sure what we wanted. We had the concept in our heads but not sure about what it would look like or that we’d use one particular technology,” he explained.

“This meant there were some challenges but I think we’re better off at the other end; it enabled us to access a broad array of thinking from both technology companies and others coming to the table saying here’s how they would do it. That’s how we struck on isobar and the Adobe suite of products.”

Under a phased approach expected to take between two and three years, the University of Canberra is looking to first get the journey framework in place, integrating existing systems with the new platforms in order to ensure the “breadth” piece is completed first.

“Many others have gone for the depth first – for example, they’re trying to fix the admissions process, or a credit process – but the risk of that is it’s not a conducive and consolidated journey across the roadmap,” Nichols argued. “We’re trying to build the roadmap first, and once we build to a minimum viable product across the whole journey, we’ll go back to do deep dives looking at how we make this look great and sector leading.”

Nichols expected to have all systems up and running and start rolling out improvements staff and end users could see from next year. The next 12-18 months will then be spent “adding to the skeleton, improving content” and steps along the identifiable student lifecycle.

Obvious areas Nichols was looking to enhance included customer and unit queries, timetable information, removing paper forms, and having a centralised and integrated calendar for each student regardless of department, event or query. This would replace up to seven calendars they may have to work through as part of their journey today.

“It’s about doing things from a user-centric perspective and to me that’s the exciting part of the project,” Nichols said. “Historically, we’ve made it work from the university’s perspective – we’ve turned our lens of reference 180 degrees to look at it from the perspective of what the student wants and how they want it as well as when they need information.”

It’s also importantly a whole-of-university project, with the overseeing governance group encompassing student engagement, marketing and the deputy director of IT.

“This is so it’s not skewed in any particular direction – it has to be personalised and customised around the needs of the student,” Nichols said.

This will also require a lot of reskilling and retraining across teams. “We’d already started with the CRM implementation, and have been retraining people in that set,” he said. “We’re working hard on business process improvements too, questioning why we have done things the way we’ve done then and why we need to.”

Short term, Nichols’ ambition is to keep to the scope of the project ambitions, turning over any rocks that need to be turned over along the way. The long-term goal is having an integrated, seamless journey for student on their terms, that can in turn, improve retention rates and improve engagement post-degree and beyond.

He agreed Australia’s universities were facing increasingly competitive forces and needed to look for competitive advantage through early adoption of technology in order to sustain growth.

“This will enable us to attract the right students, and give them a journey they need, not dissuade students by offering poor information or not making it easy for them to get the information they need,” Nichols added.

“We have a focus on lifelong education and want to continue to communicate with students once they’ve finished that first degree, and engage for further student experiences – whether these be traditional degrees or short course, micro-credentialing.”

For its part, Isobar Group Australia CEO, Konrad Spilva, said the agency’s role is to bring more intuitive and engaging experiences to students.

“Our role is to ensure intelligent, personal and relevant conversations are at the fingertips of University of Canberra stakeholders,” he said.

Check out more of CMO's reporting on the digital transformation of the university sector: