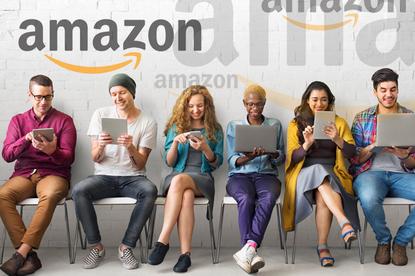 But not everyone is benefitting and those in the mid-share, mid-market space stand to lose the most from the US giant’s arrival on our shore long term.

Those are just some of the top-line findings from Mindshare’s latest research into ‘The Amazon effect’, launched today. The report set out to answer six core questions about Amazon’s impact, from the extent to which its debut has hurt or helped local ecommerce players, to shopper activity, what consumers are buying online and how well positioned the company is for the long term.

The research combined an Australian and US consumer survey with insights from the M+ data platform maintained by Mindshare’s parent company GroupM, as well as Mindshare’s Mindreader tool and Nielsen third-party retail data. It was done in conjunction with Kantar.

Mindshare found overall online shopping traffic has grown 9.1 per cent off the back of Amazon’s launch, with local consumers turning away from overseas ecommerce sites in favour of locally based options. Brands found to benefit specifically included Catch Group, Kogan, The Iconic, Kmart, Rebel Sport and Dan Murphy’s.

Amazon also grew traffic by 24 per cent post-launch, or between February-April 2018 and February-April 2017, attracting an additional 1.3 million visitors per month. This compared to an 11 per cent decline in Web traffic the previous year.

Speaking at the launch of the research in Sydney, Mindshare chief strategy officer, Joe Lunn, said Amazon’s hyped up local launch triggered a fundamental step-change in how people are shopping online for brands in Australia. In the lead up to Amazon’s launch, local online retailers nearly doubled their advertising spend, and many worked to improve online purchasing capabilities and customer experiences.

All this, combined with the media hype in advance of the launch, contributed to elevating online shopping locally, he said.

However, there are clear losers, most notably mid-range and mid-size brands in specific verticals. Those hurt by Amazon’s arrival are commonly operating in categories of traditional strength for the US giant, such as gaming, books and consumer electronics. In Australia, these brands included EB Games, Booktopia, Harvey Norman, Supercheap Auto, Cotton On Group, eBay and Priceline, which all experienced a dip in traffic year-on-year.

Lunn singled out eBay’s dominance in the local market to date, and the impact of Amazon’s launch on the site specifically, pointing to a 0.3 per cent dip in its traffic year-on-year. When consumers were asked about specific retail brands online and which they were aware of versus shopped with, eBay came out with a level of consideration three times higher than the rest of the competitive set.

“As the clear market leader, you typically lose customers at a lower rate than smaller brands,” he said. “But if the total online category grew 9.1 per cent year-on-year, eBay has lost out on 9.5 percentage points of growth in that time. That’s a big hit to marketshare in the online shopping universe.”

To cope, Lunn advised mid-range brands to ensure they’re building awareness for their online shopping offering, while giving consumers a differentiated reason to choose their offering.

The research also found Amazon’s local shoppers aren’t necessarily as sophisticated – or young – as most of us would think, with those over 55 years of age strongly represented across the customer base. These consumers are typically buying more traditional categories of physical product, such as books, DVDs/CDs and box sets.

In response, Lunn recommended other brands in Australia focus on categories where there is a gap between who they are currently servicing, versus where the volume sits from an Australian shopper perspective.

At the same time, he expected the local market will rapidly shift towards being in-line with the American market, which looks for a broader range of products and brands from online ecommerce sites.

The launch of Amazon Prime in Australia today is set to further accelerate the company’s impact in the local market and drive uptake with younger and heavy online shoppers, Lunn continued. Prime bundles free delivery with unlimited video and music stream packages and will debut locally just $6.99 per month.

In the US, 81 per cent of users of Prime purchase more often and provide significant conversion and cross-sell opportunities, an indication of how important this service is for Amazon’s growth.

What it means for marketers

Commenting on the findings, a panel of Kantar and Mindshare representatives were quick to highlight the wider impact of Amazon not just on retail, but marketing and media generally.

Kantar A/NZ CEO, Jason Mahoney, said Australian companies were slow to respond to Amazon’s local launch or even recognise the opportunity for online in retail. He levelled the blame at too much investment into physical store networks and a reluctance to embrace change.

Once retailers have gotten their heads around the online opportunity, however, they faced the challenge of determining what structure and role online and digital needed to play in their businesses.

“There is now a major shift occurring to that mindset, one reason being it’s now a business imperative,” Mahoney said. “Very few retailers today won’t talk publicly to shareholders about online and the importance of online. It’s a mix of lip service and core business strategy.

“This led a second step, which is the structure and role of this in business. What’s the role of digital, how are we going to use it as a communications vehicle and what analytics we put behind it; then finally the role of ecommerce in the business. Some businesses embrace it, others still resist.”

Getting the capability and resources to support this is a major challenge in the local marketplace, Mahoney said.

“Amazon has been sucking up a lot of good talent, and Woolworths has created WooliesX, which is where all the cool kids hang on. There is a real shortage of good talent with experience in this area,” he said.

“To cope, some of our clients have mandated online training modules to get from CEO to receptionist an understanding of online, the terminology and what it means for their business. It’s one thing recruiting people in specialist areas; it’s another to have the entire organisation understand what that means.”

“One of the interesting things for me personally is the impact on longer-term cost of media,” she said. “The fact Amazon can directly attribute all advertising to sales is significant… when the company proves that, such as in the case of the US NFL digital rights in the US, and can directly attribute me as a Huggies purchase and every $1 I spend to a $22 uplift in sales, and that it’s recruited new users from advertising via Amazon, then next year they can inflate CPMs dramatically. Suddenly, it makes it very difficult for other media players to compete.”

Rushton said Amazon is likely to launch paid media in Q4 this year. The question for marketers then is how to deal with Amazon as a holistic media partner.

“Amazon wants to be known as this media player who can help with awareness, conversion and beyond the bottom end of the funnel. It’s working out what the company wants and how we work together to deliver that,” she added.