Gartner: What it takes to measure customer experience

Measuring CX is vital, but given the host of measurements out there, it's a complex task. Gartner distinguished analyst shares his thoughts on everything from NPS to customer effort scoring 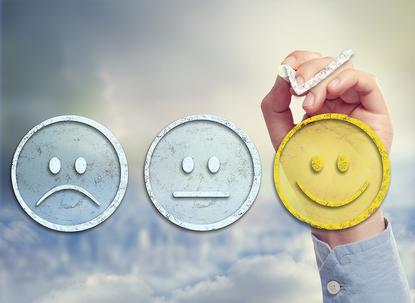 Measuring CX is vital, but difficult, to do, according to Gartner, as there are hundreds of metrics to choose from and various levels within an organisation to which they should be applied.

This was the message from Ed Thompson, distinguished analyst at Gartner, at the recent Gartner CX Summit in Sydney.

Despite the difficulty of measuring CX and linking it back to financial gain, it can be done if organisations focus on managing down as well as managing up, being inclusive of all parts of an organisation, and proving ROI.

Thompson said measuring CX can be hard to crack, with the most commonly used metrics being Net Promoter Scores (NPS) and Customer satisfaction (CSAT) scores. However, there are new metrics becoming available.

“We see about 25 per cent of organisations using NPS to measure CX. But if we just look at the largest 10,000 companies in the world, it’s at about 75 per cent. CSAT tends to be used the most often,” Thompson said.

“However, if you track CSAT over time, most companies move less than 2 per cent in a decade. You can improve it, but it’s hard, and those with the lowest scores over time tend to cease trading altogether. Also, companies with strong branding tend to do very well with CSAT scores.”

With regards to NPS, the downsides can be achieving consistency across questions and collection of data, Thompson continued. Drawing conclusions about causation is also difficult, as is closing the loop, getting buy in from executives, and proving a financial link of NPS.

Strengths of NPS meanwhile include higher response rates, strong executive understanding of the metric, and its industry and cross-company benchmarkability.

“There have been a few innovations around NPS, where people are tweaking it. There is the Customer Effort Score by CEB, which claims to be a better predictor of revenue growth and profitability than NPS, but more for customer service orientated organisations. Often NPS and CES are used together, with NPS as the output, and CES used to actually affect change within the organisation. This trend is growing,” Thompson explained.

“There’s the Word of Mouth Index by ForeSee, I quite like this one. This says NPS overstates detractors for the biggest brands by 780 per cent, because just because someone is not a promoter doesn’t mean they are a detractor. It is a slightly more nuanced approach.

“Or there’s the Brand Advocacy Index from the Boston Consulting Group. This make a distinction between unprompted vs prompted recommendations, and claims a strong correlation between it and top line growth.”

Thompson went on to explain emotion analysis is now being used in the top 2-3 per cent of organisations.

But regardless of which metric is used, Thompson said a key mistake being made is picking a metric and driving it right through the organisation when many don’t understand it.

“We would argue for a hierarchy of metrics relevant to individuals in different levels of organisations. We see a lot of organisations trying to shortcut this by not systematically working out what level of metrics they should put into each level of the organisation," he said. "As long as it’s transparent and people can see how they can affect it, then they are interested. But if you can’t see how to affect it, you get a lot of dissatisfaction from employees,” he explained.

“If we ask who measures CX, we get customer service people or marketing departments, and maybe HR in some companies. The thing that’s missing is process improvement, product engineering, R&D, operations, and manufacturing. The bottom line is, the core quality of the product or service impacts the CX. What are you doing in the core product or service in terms of quality?

“We must cut across boundaries and hunt down core quality or service metrics. The bottom line is quality teams are usually the ones being missed out on this. IT is also another key part that gets missed, as does supply chain. All these things impact the CX.”

The next difficulty around measuring CX, is demonstrating ROI, because it’s an indirect cost centre benefit that can take years to realise.

“You can measure ROI on CX, it’s hard and takes time and effort. Those organisations that do measure it, simply have people who measure it on the job - it takes resourcing,” Thompson said.

“The biggest problem is it’s usually last on the list in terms of costs. It’s an indirect benefit, as there’s a time lag payback. Organisations have to have patience - the biggest payback is usually four years out. That’s a big challenge.”

2. Work with the strengths of NPS and try to minimise the downsides, particularly improve staff understanding of how they can influence the measure.

3. Watch metrics across the whole organisation, not just one or two, and identify how each metric is calculated, who tracks it, and who is accountable for the improvement.

4. Create a hierarchy of CX metrics.

5. Don’t ignore the most neglected categories, such as quality and employee engagement.

6. Move to emotional metrics if relevant.