Report: Brands and communications not optimised for different channels will struggle 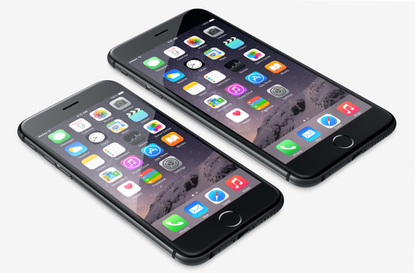 Brands must transform the way they plan their communications across media and up the ante on mobile, as a recent report shows media consumption on mobile devices is set to rapidly rise by 2020.

The report also found brands will need to focus less on channels and more on consumer mindset as the distinctions between channels are eroded. This is because mobile has blurred the boundaries between different channels.

Mobile can help brands in building awareness, creating direct responses, allowing one-to-one communication, or generating earned content, depending on how a consumer is using the device, and in particular, their mindset while using it. Brands need to understand the signals a consumer’s activity provides about their mindset, and therefore what forms of communication are appropriate, the report stated.

Focusing on mindset also dissolves the distinction between traditional and digital media. People who are watching video content on television sets, laptops or smartphones can have different mindsets from people scrolling short-form content on social media. Brands need to decide the role each platform plays in their communications strategies, however the consumer happens to access it.

Zenith Australia CEO, Nickie Scriven, said the important focus for marketers in Australia will be on ensuring ecosystems are optimised across platforms and content.

“With consumers increasingly searching for and consuming content on mobile devices, they will have little tolerance for brands and content that is not mobile optimised," she warned. "Then when we overlay consumer mindset with mobile consumption, marketers need to ensure their content is welcome and adds value on such a personal device.

“Despite their erosion in daily consumption, this year’s forecast found time spent consuming traditional channels will start to slow by 2020, especially across TV [down 1 per cent] and radio [stagnant]. Mobile will continue to outpace consumption in these channels, growing by 9 per cent from 2017 to 2020.”

The report also found mobile Internet use has eroded the consumption of almost all other media. Newspapers and magazines have lost the most, with time spent reading between 2011 and 2018 falling 45 per cent and 56 per cent, respectively. However, time spent reading newspapers and magazines online is included in the internet total, and for many publications the time they have gained online more than makes up for the time they have lost from print.

Television and radio have also lost out. The time spent watching television shrank by 3 per cent between 2011 and 2018, while time spent listening to radio shrank by 8 per cent. Again, television channels and radio stations have gained audiences online.

In total, the average person will spend 479 minutes a day consuming media this year, 12 per cent more than in 2011. The forecast estimates the total will reach 492 minutes a day in 2020.

Zenith head of forecasting and director of Global Intelligence, Jonathan Barnard, said under traditional definitions, all other media are losing out to the mobile Internet.

“But the truth is that the distinctions between media are becoming less important, and mobile technology offers publishers and brands more opportunities to reach consumers than ever," he said.

Zenith’s Media Consumption Forecast 2018 is the report’s fourth annual edition and include surveys across 63 countries.