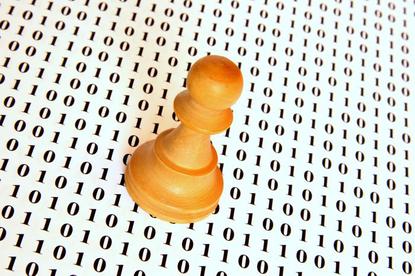 Two years ago, Kristina Curtis took on the newly created role of digital and customer analytics leader at Westpac’s BT Financial group. Customer analytics previously sat under the CMO before a decision was made to elevate its seniority and unite it with digital.

Curtis points to the way BT’s customer analytics team is approaching propensity modelling by way of example. The team’s focus has been on shifting campaigns away from age and geographic targeting to data science-based targeting involving thousands of variables. As the wider organisation lifts its big data capabilities across core infrastructure, the customer analytics team is in turn lifting the sophistication of its models to ingest more data, she said.

“Where we’re taking it to the next level is by bringing in the digital data,” she told CMO. “That’s what is really powerful about my role – I have both digital and analytics. Oftentimes, the two teams sit separately and in different reporting structures. Even in the consumer side of Westpac, for example, our CMO has assumed digital and has pure marketing, but the analytics team sit under strategy.

“It makes for a very different function.”

There’s no doubt technology is the foundational element allowing these big leaps forward. BT has brought on Adobe’s suite of Marketing Cloud offerings over the past two years, including Adobe Experience Manager, Analytics, Target and Campaign.

The big first step was migrating and consolidating more than 50 public-facing Web properties onto AEM from August 2016. So far, all of BT’s branded platforms have been consolidated, and the team is working to migrate the last sub-brand sites across from legacy CMS.

Most recently, BT went live with its new-look collection of professional websites focused on B2B relationships. When individuals go to BT.com.au, they’ll now see a top navigation menu for either ‘personal’ or ‘professional’ information, and be taken straight into the consolidated new offering.

Work to date has already resulted in two of the financial institution’s two priority products seeing an uplift in digital sales year-on-year by 41 and 42 per cent, respectively, Curtis said.

“We designed the information architecture with that in mind and we built componentry. As a result, we’ve been able to absorb the cost of the technology into BAU, which is fantastic,” she said.

As a second step, BT brought on Adobe Target for media personalisation, then about a year ago, went live with its Campaign instance. The latter is on the cloud, no mean feat for a bank so strictly adherent to security and privacy of customer data.

Curtis said a lot of influencing had to occur with system architects and BT’s security group, especially given the project to centralised data into a big data platform was only in its infancy.

“Architects want everything to be consistent, in terms of having everything on one kit. We explained to them it was going to be a while for the kit to get upgraded in the centre, and we have a burning platform and need something now. That’s how we were able to influence them to put in our solution quicker,” she said.

One thing that helped was that the investment we had to make in our tooling was not expensive in terms of the big picture. The fact sister company, Westpac New Zealand, had already undertaken a Campaign rollout was another plus.

The third factor in getting buy-in was taking an iterative approach, Curtis said.

“We put the case forward that doing test and learn, and iterating, was the way to go. It wasn’t expensive cost of entry, we’re using some tooling, and we’re learning along the way,” she said. “We can then start to inform requirements around what an enterprise solution should be. That’s the way we need to go overall.

“Gone are the days when you hypothesise in a room what things should be. You create prototypes, put them in front of customers and trial things. We’re using similar techniques on the analytics side as well.”

Curtis’ next priority is using the new functionality to introduce more workflows and integrated campaigning.

“We’re at that point right now,” she said. “We had few tech build problems and managing security, which slowed us down. And as the initial cutover happened there was latency in the data, but we’ve continued to reduce that, which is a big step forward.”

But equally, it’s the change in team skillsets and mindset that’s been vital, Curtis said. In fact, she summed up the journey to date as a combination of incremental tooling, an uplift organisationally in access to data, and recruiting new skillsets.

“When I joined, the team was in the process of installing Adobe Experience Manager for its Web properties. But on the analytics side, we were just doing things the way we’d always done them, which was going to lots of source systems to get lists, and just executing what we were asked to execute,” she explained. “Here we were lifting the game on the digital side, but the analytics side was still in order taking mode.”

A big priority was to lift seniority of leadership in the analytics team. “We came out from under marketing, and I had to hire pretty much my whole leadership team across both analytics and digital,” Curtis said.

“I had inherited people who were 80 per cent doer, 20 per strategic, whereas I needed to get it to 50/50. It was hard – it took me nine months to get my analytics director, although I was specific on what I wanted.”

According to Curtis, what’s absent in the market is the blend of “technical doer and strategic leadership”. “I needed someone who could help drive the infrastructure investment agenda, and be able to craft it into a story so the rest of the leadership will understand and agree to invest,” she said.

“They also needed the technical skills to manage the team and know how to grow the team. I needed that real range of technical doer and strategic leader.

“Even to harness the technology, because it’s moving so fast, you need to hire people who are quick learners, lateral thinkers and who are analytically minded. Even in my digital team, I need people to think that way. And on the marketing side, people are increasingly data-driven marketers. We need to make that more of a standard in marketing teams, versus the exception.”

Shifting the team’s focus has been the other element of the people picture. As a case in point, Curtis said the digital sales team was mostly selling via display.

“We’ve have been really strong because we have invested on conversion rate optimisation and the SEO side of things,” she said.  “It’s also shifting the mindset of what’s the formula for success. That’s been powerful.

“While I’m quoting stats around my sales, for example, I’m very mindful of how digital informs sales in other channels.”

It’s clear through targeted messaging on Westpac’s transactional banking sites triggers customers to then make purchases in the branch or call centre.

“I’ve been trying to rise above… and create a connected customer experience. If the customer channel switches because they either want to or because our current sales experience isn’t ideal – and we need to make a lot more investment into digital to do that – that’s still OK. The customers are here and now and they want that product,” she said.

BT’s digital front-end personalisation is limited at this point to tailoring banner images based on the products and sections a visitor has been browsing previously, or if they’ve come from the Westpac site. A person who’s shown interested in self-managed superfunds for instance, will see hero banners with messaging that relates to that area.

“Where we want to move to is using our shared Audience Manager instance with Westpac and put those people into segments, using that more prolifically both digitally as well as onsite and offsite into campaign executions,” she said.

On the customer analytics front, the team is shortly to go live with next-generation propensity models that take advantage of the big data platform being populated.

“We’re getting access to other big data sets and that means the analyst can move up their maturity curve,” she said.

Related: How Telstra is applying data analytics to customer experience

The emphasis is on improving customer experiences, and Curtis highlighted form drop out, reducing latency, and engaging with the customer in the right way as top of her to-do list.

“To me, there’s engaging with a customer who signals to us that they’re interested because they’ve been in the form and then dropped off, and managing that in a scalable, repeatable way,” she said.

“The next component is if they have bought the product, how do we do onboarding and engagement. To do that at scale, you need to be able to program checking in who dropped out of the form each day, or checking who opened their account three days ago but hasn’t provided their tax file number. That’s where you need that automated marketing engine.”

The other stream of work is looking for signals in the data that inform BT who has the propensity to buy a certain product.

“We may be reaching out to them before they even acknowledge it. That’s the opportunity and the challenge,” Curtis said.

Given the majority of its products are complicated and can take six months from awareness to purchase, nurturing and education are vital for BT’s ongoing success, she said.

“So we need to really take people on a nurture and education journey.”