Julie Nestor is CMO of eBay 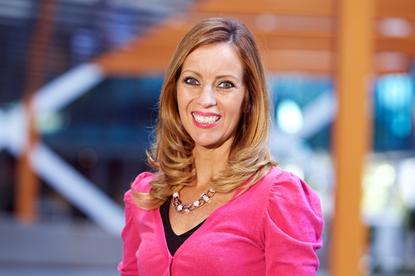 Long-time AMEX innovator, Julie Nestor, has been appointed to CMO of eBay, replacing Tim MacKinnon, who was promoted to managing director of eBay Australia and New Zealand last year.

Before he was MD, MacKinnon worked as CMO following Steve Brennan’s switch to chief of marketing at Uber. MacKinnon discusses why he is confident eBay’s strong local foothold will weather the Amazon storm.

Previously American Express’ vice-president of consumer marketing, Nestor has worked for Optus, as well as spending the last 13 years with American Express, where she specialised in designing and running loyalty and rewards programs and was credited with bringing Apple Pay and Samsung Pay to Australia.

MacKinnon said the hire was a strategic move.

“We’re excited to welcome Julie to eBay,” he said.

“Julie brings a wealth of experience in consumer marketing, loyalty, payments and in partnering with Australian retailers.”

In her previous roles at American Express, Nestor was responsible for major projects including leading digital capability development, spearheading the company’s move to bring digital wallets to Australia, designing card loyalty programs and delivering brand and experience through customer communications and performance marketing.

Nestor is looking forward to a new challenge.

“My role at American Express has given me an understanding of data, online and what merchants need to grow their sales,” she said.

“Retail, especially online, is in an extremely dynamic period and I’m looking forward to working closely with the eBay leadership team to help 40,000 Australian retailers to grow their businesses."

“Under Julie’s leadership, we can expect to see eBay.com.au continue to grow and innovate,” he said.

eBay teamed up with Google’s AI-powered virtual assistant to allow Australian consumers to buy directly from their Google Home and Android smartphone in time for Christmas last year.

Under the partnership, consumers can search eBay’s catalogue of 60 million listings by prefacing their request to Google Home or a compatible Android smartphone with ‘Ask eBay’ or ‘Talk to eBay’.  The online marketplace claimed it’s one of the first brands to take advantage of multi-surface switching capability, meaning users can carry a voice conversation on Google Assistant over to their phone and complete a purchase.

It also launched a ‘What’s it worth’ function, which gives shoppers the ability to ask what something is worth on eBay.The capabilities take advantage of Google's artificial intelligence (AI) powered voice assistant.