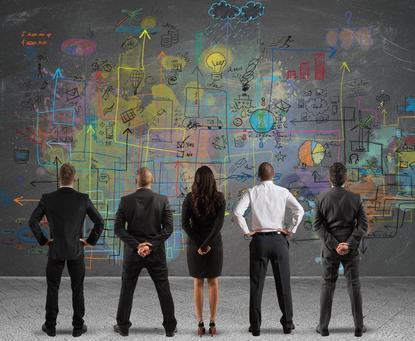 Three months in to a marketing technology-led transformation to bring voice of the customer in to the Village Roadshow business, digital and customer marketing leader, Clare Smith, rolled out a DMP trial. It was a big mistake.

“We implemented a DMP fairly early as a proof of concept, about three months after I arrived, and when our website was a disaster. We weren’t ready for that,” Smith told CMO.

“It was a big learning for me on the capability in the business to take on something like that. No one had DMP experience two years ago. So that was a moment where we had to reverse the car. Luckily, we hadn’t committed a lot of money to it. We just didn’t know what we were doing.”

While technology partners sell the dream of mass personalisation and engagement at scale, the reality is you need to build the internal people and capability to realise it, Smith said.

“The big learning was that it was about people, and what we were trying to do with it and get out of it – we just didn’t know,” she explained. “Today, the business is in much better shape, and we now understand why we need a DMP. We can be really clear about marketing use cases, ROI and the whole business impact. Back then, we didn’t have it.”

Rolling out a DMP is just one component of a significant technology-led investment Smith has made across the Village Roadshow business. Upon joining the group two-and-a-half years ago, she was given a high-level remit: Help the organisation better understand the voice of the customer in the context of its operating environment.

“We don’t sell direct to consumers, yet we spend all our time marketing to end consumers. It’s a strange business in that we don’t get that end transaction with the consumer and have transparency over that, yet we’re spending all this time, money and effort to get you to see a movie,” Smith commented.

Historically, films bad been an easy product to sell. In more recent years, however, the business had realised it couldn’t get customers the way it used to.

“We used to be able to buy openings and box offices for example, if you spent enough money. Audiences were disappearing into Google, Facebook and we couldn’t get them the way we used to get them,” Smith said.

“We needed to find out where customers are, what they love and are interested in and how we talk to them and connect them with our content.”

The opportunity was largely greenfield, Smith said. Village Roadshow had piecemeal technology in place, including Sitecore as its corporate platform, and components of Salesforce’s Marketing Cloud for email, but that was it. Smith’s first step was taking out the legacy technology and bring in Adobe’s Marketing Cloud suite, a significant investment that required significant executive buy-in.

“There was a view that we were doing email, we’ve got a website that was old and hadn’t been touched in a long time, but that we were ok,” Smith said. “It was a tough sell to go into the CEOs and say you have this great vision, and it’s brilliant that you’ve got it. But this is a really expensive vision to build and there’s a lot of tech involved in getting to that level of understand of the consumer. I knew from the outset that was the way it had to play.”

Village Roadshow had already taken a step forward by hiring fresh people. But technology was vital to enablement, Smith said.

“If you don’t have the enablement, people are operating with one hand tied behind their backs,” she said.

The original plan was to build out Web capability as a way to start collecting data on consumers. Key insights included what pages they were visiting, if there were themes in the way consumers scrolled through websites, identifying specific genres they liked, and looking for ways to partner that up.

From there, the team worked to take those insights and feed them into email programs to better personalise engagement digitally.

“We release about 60 movies per year give or take, but of those, you might only want to see two in the cinema,” Smith said. “So how do I keep you engaged if one of those comes out in February and the other in December? That lent itself to us starting to build out our own content capability. If we don’t have the product to keep you engaged, then we have to create stuff so you will continue to open emails and engage.”

The next step was defining social’s role in that mix. “Social has been a big referrer for us… and we were on easy street for a long time because everyone is really interested in films,” Smith said, adding that with Facebook’s recent algorithmic changes, Village Roadshow is rechecking its social strategy.

“Then the analytics layer comes over the top. We had all the building blocks, so how that then works needed explaining.”

Creating an internal trading desk wasn’t part of this original plan. But after trialling TubeMogul’s programmatic offering (the foundation of Adobe Advertising Cloud) on the TV product division of the business, which had been struggling to achieve media effectiveness, Village Roadshow rolled this technology platform across the board, too.

“Once we saw what it [TubeMogul] could do and what we could garner from everything we were doing with the tech stuff, we realised it not only solved the problem for a small part of the business, it also gave us foresight into what we could do moving forward,” Smith said.

“From an internal trading desk, we looked at how a DMP would look over that and how we could wrap it all up, so all our media campaigns could get more efficient and targeted. Then we could really put our hands on our hearts and say we now understand our customer.”

Up next: The cultural changes necessary to success, and the results

One of the cultural challenges along the way was overcoming bias on what customer data across different parts of the business. Smith pointed out data knowledge was mixed, and many had a perception that data was beholden to email address.

“That has been a big education piece all of our business up to speed on what data options really look like,” she said.

In terms of rollout, the Web platform came first, followed by email. The team then merged 5-6 social communities, opting to focus on two channels more deeply: Facebook and Instagram.

“A lot was culling as much as building,” Smith said. “Then the DSP came in, and now we’re moving again.”

Alongside the data education piece, restructuring teams was a must. This meant pulling digital out of the remit of product teams, who tend to be generalist marketers.

“That was probably the hardest stakeholder management piece I had to wade through,” Smith said. “People love digital and don’t want to give it up, so we worked with the teams to say we’re not taking it away from them, we’re working alongside them, it’s just that this takes a lot of time and energy and they didn’t have enough of that to put into it.”

The team has also grown from two staff to 14 over the past two-and-a-half years. At the same time, Smith has had to build a culture that understands customer engagement is a never-ending improvement exercise.

“A lot of businesses think they can spend $1 million, build a site and that’s it. But a website is a garden – just because you plant it, doesn’t mean you can then walk away and leave it. You have to constantly tend to it,” Smith claimed.

“I’ve had to get my CEOs back on track with that stuff. I’m in front of them every couple of months talking about where we are at, and about the things we have learned and things we have stuffed up.

“That has a lot of implications on timing as well. The website hasn’t gotten to the point we wanted it to as quickly as we wanted it to, for example, but again, everything is a learning.”

Email was the obvious first point of optimisation for Smith, who noted Village Roadshow was doing generic emails to a database acquired through promotions and offers.

Four programs of work were created. The first was a preference centre. “We’d been assuming stuff about them, so we asked them if they wanted personalised emails from us, tell us your preferences and we’ll give you Gold Class Tickets,” Smith explained.

The second program was automating the onboarding process, again encouraging consumers into the preference centre. The third element was cleansing the database to remove bad email addresses. The work saw Village Roadshow cull about 200,000 records from a 500,000-strong records list.

Then it was time to bring in a profile of the customer. Ten levels have evolved out of the original five, which stretch from ‘active engaged’, or those opening eight of the last 10 emails sent and clicking on six, to ‘active’, ‘casual’, ‘disengaged’ and ‘dormant’.

“Doing all of that gave us a much clearer view of our database, which we could then use to build custom audiences in our media strategy,” Smith said.

In addition, the website was hooked up to email to ensure a continuous communications and personalisation loop.

To further help executives understand how teams were performing, Village Roadshow brought in Qlik’s dashboard so all KPIs could be visualised. These are based on different team remits and stretch from time on site to pages viewed, returning visitors, email open rates by programs and social metrics around organic versus paid.

In the first year, these efforts saw 200 per cent improvements through every one of those tracks, media being the highest, Smith said.

The next step for Smith involves both more technology and optimisation. For example, the team has just implemented Lexer, an Australian offering for social listening. This is being used to unite email-based audience information with an individual’s public social and Web behaviour.

“We now have a much better picture of people that we previously only had an email address for,” Smith said, pointing to device and location information as examples. “That then allows us to paint pictures of individuals and behaviours and export that data straight into Facebook or our DSP to create ‘tribes’.”

This has been particularly useful around promoting smaller release titles, such as the 2Pac movie, All Eyes on Me. In this instance, Smith’s team used the technology to find people on the database who live in certain suburbs, are male, like hiphop, building a cohort of about 40,000 people that matched those attributes.

“We pushed that into the DSP and Facebook to find look-a-like audiences. All of a sudden, we’re harnessing data to get really targeted around small titles that then allows us to spend our money very efficiently,” Smith said.

“For us, it’s now becoming tweaks, especially across the media and social products,” she said. “With the Web, we’re putting more and more technology into it and still getting exponential leaps. We’re also bringing in new tech, which is that additive approach that keeps executives engage.

“If I had to present three years of small upticks, it seems like a lot of money and I’m not sure the upticks are worth it. But because we have come from quite far back and been progressing every year, our results are quite big.”