Less than half of Aussie marketers realise benefits from technology: CMO report 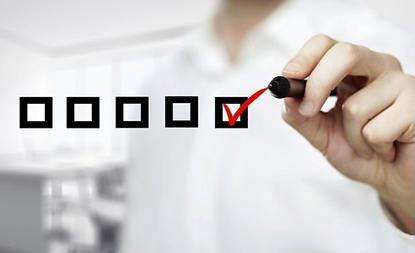 Fewer than half of Australian marketers are realising the potential of new customer technologies and just shy of one-third have achieved a category innovation in the last 12 months.

Those are two of the many significant insights into the state of technology adoption across Australia’s marketing functions, highlighted in the new research report, Australia’s Digital and Customer Experience Maturity, produced by CMO in partnership with global consulting firm, Capgemini.

The report set out to understand whether Australian marketers are as effective as they could be when it comes to utilising the growing array of digital marketing and customer technologies now pervading their function. And what it found was that there is a clear disconnect between those who are harnessing new technologies and seeing a return, and those who aren’t.

Across the nearly 100 respondents who participated in the survey in December 2017, 50 per cent either agreed or strongly agreed their organisations had successfully adapted or transformed to the new digital economy, meaning half either didn’t make a call, or disagreed. Fifty-four per cent also claimed to have a documented digital strategy.

Alarmingly, only 45 per cent of respondents are realising the benefits of investing in new customer technologies right now. This was even as 52 per cent increased their opex budget spending on technology purchasing over the last 12 months, spend that’s often going into the millions.

The report’s findings make it clear marketers are convinced of technology’s vital role in being digital and customer led, and as an enabler to success and category innovation. However, only 30 per cent claimed to have delivered a category innovation in the last year.

In a subsequent analysis between those respondents who claimed to have harnessed technology effectively, and a category innovation – what CMO defined as the ‘haves and have nots’ – there were distinct differences. For example, more than a quarter of those reporting technology has made them competitive and current are personalising experiences across at least two digital channels in near or real time. They’re also better at personalising across online and offline, and creating and delivering timely content tailored to their defined customer segments.

More confident respondents also had customer feedback and voice of customer platforms in greater numbers than the pack (9 per cent higher), were spending more on technology, were less likely to nominate poor implementation as an inhibitor to success, and had better metrics to measure ROI in place.

“Marketing is increasingly being looked at as the growth driver of organisations, and in many instances, marketing already has the tools,” commented Capgemini marketing and digital lead, Paul Bennett. “It is the techniques and operating models to make the most of these tools that are yet to be industrialised.”

The report was based on a survey conducted across B2C and B2B marketing and customer experience managers and leaders during November and December 2017. Across respondents, 70 per cent were in leadership or director roles and 28 per cent claimed to have more than 50 per cent of their team focused on digital and/or customer experience. Average marketing team size sat between five and 10 staff, with 20 per cent managing teams of more than 25 employees.