Project Extraordinary offers agencies the change to be featured at Cannes 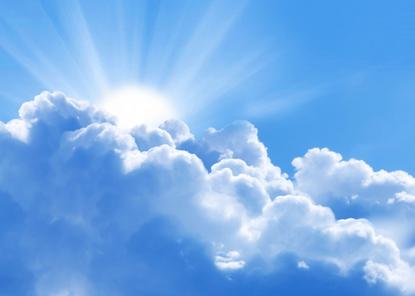 World Wildlife Fund (WWF) is challenging creative marketers to change the course of history with the launch of Project Extraordinary, which will see the winning creative agency featured at a UN Summit, and three agencies featured at Cannes.

Project Extraordinary is a WWF/UN Environment-led global award competition for creative agencies and marketers. It is an open brief inviting agencies to develop a short-form video concept of no more than five minutes that demonstrates how sustainability is desirable to consumers.

WWF chief marketing officer, Yves Calmette, said the aim is to develop the kind of creative that encourages consumers globally to make more than 50 per cent of their purchases with sustainability as one of the top three decision triggers.

“Project Extraordinary came about because we feel it’s very urgent we frame sustainability. We’ve made a lot of progress, but the planet is burning and the Great Barrier Reef is dying. Up to 70 per cent of the planet's biodiversity has been lost in the last 50 years, so we really need to act now,” Calmette told CMO.

“We are the last generation to be able to do something about this, and while we have a lot of companies very aware they need to act, and doing much more to have less impact on the planet, communicating that to consumers is a real challenge and no one has nailed it yet.

“So we decided to ask the best and brightest creative minds globally to make sustainability the norm, or at least sexy for consumers. By 2020, we want 50 per cent of consumers to have sustainability in the top three triggers of purchasing decisions."

Calmette said already the feedback from agencies has been very encouraging, and WWF is expecting a lot of entries.

“Cannes is the largest advertising platform in the world and three agencies will be featured there. Then the UN joined and is totally supporting the initiative,” he said. “We are hoping this will become an annual event.”

Entries must be in by 12 April 2018. Three concepts will be shortlisted as ‘highly commended’ to be subsequently filmed and produced by WiLD Studios, the short film division of Natural History NZ, in collaboration with the respective agencies.

Winner of The Extraordinary Award will be chosen from the three ‘Highly Commended’ films by Marco Lambertini and the panel members of the ‘How to Make Sustainability Sexy’ forum.

The jury selecting the three final entries will include Unilever, Google and Mars. The winning and highly commended films will premiere at the forum, on 19 June 2018, in the Grand Auditorium Louis Lumière at Cannes Lions.

The winning video will also been presented at the UN Summit in New York in July, and appear on the social media platforms of WWF-International, media and brand partners.