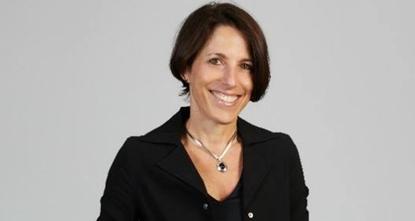 Coca-Cola has confirmed Lucie Austin as its local marketing leader once more after long-standing employee and marketing director of South Pacific, Lisa Winn, left the organisation.

Winn had been with the FMCG giant since 2002, rising up to marketing director for the South Pacific region in July 2014 with roles such as brand management, and director of strategic planning along the way. Prior to this, she held various roles at Unilever.

Winn was ranked 4th in the CMO50 of Australia’s most innovative and marketing leaders in 2016. Among the milestones of her time as marketing chief were launching the ‘colouryoursummer’ campaign, which she claimed ticked all the boxes in terms of innovative thinking, breaking norms and being disrupted. It was also the first time the team had produced a major campaign without any TV media spend.

Winn was also responsible for establishing an innovation incubator for Coca-Cola locally, working with startup entrepreneurs  and setting up the first ‘Red Garage’ co-founded team to come up with new business propositions off the back of the company’s existing assets.

More recently, she was tasked with bringing the company’s ‘One Brand’ strategy into the local market.

A company spokesperson confirmed Winn had already left the business and was planning to spend more time with her young family while consulting around brand strategy.

"During her last tenure at Coca-Cola, Lucie championed ‘always on’ consumer and shopper programs, built digital capability, and spearheaded a program of innovative new product developments and reformulations," the company said in a statement. "In 2011, she was the chief architect behind the hugely successful Australian-first ‘Share a Coke’ campaign which went on to be replicated across dozens of markets around the world."

More recently, as the head of marketing in Europe for Coca-Cola, Austin led the relaunch of Coke Zero Sugar across 14 markets, is credited with returning Fanta to strong growth, and launched new offering such as smartwater.

"Lucie brings with her exemplary marketing experience having served 10 years at The Coca-Cola Company and held senior roles in FMCG and healthcare sectors at Unilever, Campbells, and Boots Healthcare prior to joining the company," the statement read.