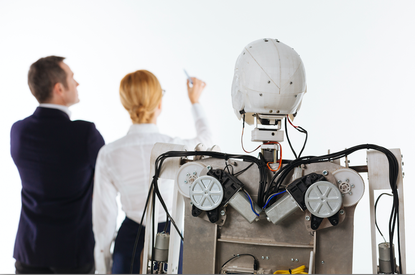 ASX-listed artificial intelligence company, Flamingo, has commenced a trial with Liberty Mutual Insurance Company in the US that will see its cognitive virtual assistant guiding customers through auto insurance quotations.

The deal follows confirmation of a trial last month with Credit Union Australia, and is one of a string of local and international trials being undertaken as the startup sets its sights on raising sales and revenue.

The three-month pilot comes after Flamingo and Liberty Mutual signed a paid trial agreement in November and involves security audits, integration across multiple internal systems and user acceptance testing. Should the trial be successful, Flamingo said Liberty Mutual could extend the use of the virtual assistant across additional business units.

Liberty Mutual is listed 75th on the Fortune 100 list of corporate in the US based on 2016 revenue, chalking up US$38.3 billion in annual consolidated revenue. The company maintains 50,000 staff and has 800 offices across 30 countries.

In an ASX statement, Flamingo said current implementations of its virtual assistant in Australia, the US and across Asia-Pacific are “progressing well”.

The company, which is based in Sydney and New York, is focused on providing AI-powered virtual assistant platforms for enterprises, with an emphasis on financial services. Its platforms are known as ‘Rosie’ and ‘Maggie’. International customers on its books include Nationwide Insurance, New York Daily Gazette, Prime Financial and Quay Credit Union.

Closer to home, Flamingo is also trialling its offering with Credit Union Australia in a pilot that sees up to 1500 customers dealing with Rosie to help with health insurance products. The ambition is to provide a fast and efficient service for potential new members visiting the website and assisting from quote stage through to conversion.

The three-month trial will kick off in coming months following a ‘learning’ period so the virtual assistant can understand commonly asked questions and answers around health insurance take-up and management.

“Consumers are becoming more financially and technologically savvy and there is an ever-increasing number that prefer the convenience and accessibility of a digital sales channel,” he said. “Rosie has the ability to cater directly to this growing market while also supplementing our personalised interactions with members, managing many of the most common health insurance inquiries.”

“Rather it provides us with a huge opportunity to grow our health member base by lifting the number of quote requests that are followed all the way through to taking out a policy,” he said.

Flamingo kicked off operations as a cloud-based machine learning technology company focused on customer experience, and was acquired by ASX-listed player, Cre8tek, after being approached during an investment raising round in 2016. It then listed on the local stock exchange in November 2016.

In February, Flamingo confirmed it had successfully raised $10m in capital to fund product development and market growth. This followed earlier cash injections of $1.5m in late 2017 and $3m in 2016.