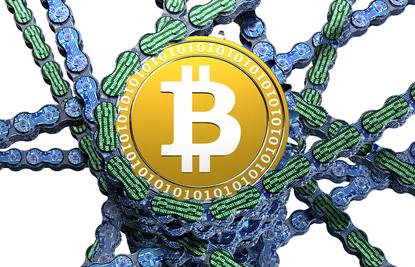 The crypto craze has hit marketing. According to some industry commentators, cryptocurrency is the biggest game-changer to hit customer loyalty programs since the rollout of frequent flyer points more than 30 years ago.

The latest crypto moves not only improve customer experience and engagement, but also educate people on some of the real-world uses of the virtual technology.

Boost Juice in Australia is cranking up the heat in this space, claiming to be the first retailer to give Bitcoin away to customers locally. The move comes after launching a new four-week campaign across the country.

The promotion requires customers to guess the value of a Bitcoin at 12pm every Monday through Boost’s new-look mobile app, which also launched this month. The individual who makes the closest guess each week scores a Bitcoin, currently valued at more than $13,700.

Boost Juice partnered with Australian cryptocurrency exchange, CoinJar, on the new activity, with the pair jointly covering the costs of acquiring Bitcoin.

Boost Juice chief technology innovation officer, Christian McGilloway, said tapping into Bitcoin is on trend with what consumers are thinking and talking about.

“It’s exciting and very high profile in the media,” he told CMO. “At the end of November, we saw that peak of mass hype and incredible growth in the value of Bitcoin, going up by up to 30 per cent in one day. We just saw huge growth in people talking and potentially investigating it.”

Brisbane Airport is also splashing out big into the arena. It has announced plans to become the world’s first cryptocurrency friendly airport, partnering with store owners within terminal premises to accept payments in cryptocurrencies.

Consumers will be able to make payments at the stores, kiosks and coffee shops using cryptocurrencies such as Bitcoin, Ethereum, Litecoin, Dash and Steem.

Under the plan, the airport is teaming up with TravelByBit. TravelByBit allows travellers to pay digitally using the company’s mobile payment platform.

The partnership reinforces Brisbane Airport’s aim to support local businesses and become a leader in the airport digital innovation space.

In Canada, KFC is now accepting cryptocurrencies as the fast food chain started selling items - namely a bucket of chicken - that can only be purchased online using bitcoin.

Known as the ‘The Bitcoin Bucket,’ the $20 worth of digital currency gets you 10 original piece tenders, waffle fries, a medium side, gravy, and two dips. Payments for the bucket go through Bitpay and carry a $5 shipping fee.

“Sure, we don’t know exactly what bitcoins are, or how they work, but that shouldn’t come between you and some finger lickin’ good chicken,” the company wrote on Twitter at the time of the launch.

“Welcome to 2018, Canada,” the page read. “Despite the ups and downs of bitcoin, the Colonel’s Original Recipe is as good as always. So, trade your bitcoins for buckets and invest in something finger lickin’ good.”

Parent company for KFC, Yum Brands, also announced plans to stream the ‘ups and downs’ of Bitcoin on Facebook Live, featuring a Bitcoin-labelled bucket in the video. It lets consumers keep track of when to trade.

According to industry commentators, while select franchise locations of other restaurant chains accept Bitcoin as payment, this appears to be the first time a parent company has embraced the digital currency.

Kodak is also getting into the game, striking a licensing partnership with Wenn Digital, in a bid to launch an image rights management platform (KodakOne) and its own cryptocurrency, dubbed KodakCoin.

Targeted at both professional and amateur photographers, the initiative aims to “empower photographers and agencies to take greater control in image rights management”, said a press statement.

“Engaging with a new platform, it is critical photographers know their work and their income is handled securely and with trust, which is exactly what we did with KodakCoin,” said Wenn Digital CEO Jan Denecke.

“Subject to the highest standards of compliance, KodakCoin is all about paying photographers fairly and giving them an opportunity to get in on the ground floor of a new economy tailored for them, with secure asset rights management built right in.”

Utilising blockchain technology, the KodakOne platform will create an encrypted, digital ledger of rights ownership for photographers to register both new and archive work that they can then license within the platform.

With KodakCoin, participating photographers are invited to take part in a new economy for photography, receive payment for licensing their work immediately upon sale, and for both professional and amateur photographers, sell their work confidently on a secure blockchain platform, according to the company.

“For many in the tech industry, ‘blockchain’ and ‘cryptocurrency’ are hot buzzwords, but for photographers who’ve long struggled to assert control over their work and how it’s used, these buzzwords are the keys to solving what felt like an unsolvable problem,” said Kodak CEO Jeff Clarke.

“Kodak has always sought to democratise photography and make licensing fair to artists. These technologies give the photography community an innovative and easy way to do just that.”

In Russia, Burger King has launched its own digital currency, called ‘Whoppercoin,’ which lets users swap and trade blockchain tokens, a move that industry commentators say sets a new standard for loyalty programs.

The blockchain platform - powered by the Waves distributed ledger network - lets users issue and transfer custom blockchain tokens, and to trade them on an integrated peer-to-peer exchange. It will be used to reward customers for their purchases, and can be used to buy burgers in return when enough have been accrued.

“We are glad that Burger King Russia has chosen Waves as a platform for its loyalty program launch and Whoppercoin distribution. We are sure that this decision will promote blockchain technology in Russia and will enable the promotion of its benefits and possibilities for a wide audience,” said Waves Platform chief business development officer, Max Pertsovskiy, in a press statement.

As part of the program, customers receive one Whoppercoin for every rouble they spend (1 USD = 59 RUB), and a Whopper burger can be redeemed for 1,700 Whoppercoins.

Additionally, as a blockchain token, Whoppercoin can be transferred and traded online – enabling customers to save their rewards, send them to friends or sell them to new buyers.

Interestingly, the rollout of the campaign comes at a time when the Russian Government was typically not in favour of Bitcoin or other digital currencies in the past. But there’s change afoot as regulations attempt to make cryptocurrency more legitimate.

And while brands are busily deciding where and how they fit into the crypto craze, there’s been some bad news on the horizon, with banks and government regulators forming part of the backlash.

Earlier this month, Bitcoin tumbled for a fifth day, dropping below $7,000 for the first time since November and leading other digital tokens lower. Rival coins also retreated with Ripple losing 21 per cent and Ethereum and Litecoin also weaker.

According to a Bloomberg report,  Lloyds Banking Group joined a growing number of big credit-card issuers that are halting purchases of cryptocurrencies on their cards, including JPMorgan Chase & Co. and Bank of America Corp. Several cited risk aversion and a desire to protect their customers.

Recently, the Central Bank of Poland admitted to funding anti-cryptocurrency campaigns on social media, carried out in conjunction with Polish Youtube partner network Gamellon, while over in South Korea there’s also been an uproar over a crackdown on cryptocurrencies.

South Korea’s swift embrace of bitcoin and other cryptocurrencies has been met with an equally swift backlash by regulators, who have proposed outright bans on trading, according to a report in Reuters.