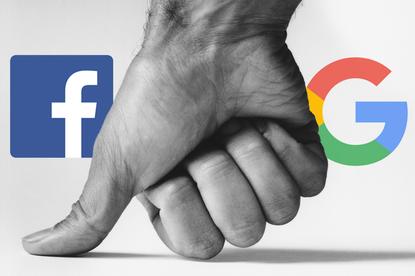 The perceived threat that one of the world’s largest ad spenders, Unilever, could boycott Google and Facebook is helping force a rethink on how to protect brand safety and emphasise the consumer in the digital realm, several industry representatives agree.

But without collaboration between brands and digital media players, these measures are only a band-aid step in solving the long-term issue of transparency and quality control across such platforms.

The issue of digital advertising transparency and specifically, the lack of quality control players such as Facebook and Google have exhibited over the past year, are once more in the spotlight after Unilever CMO, Keith Weed, criticised the pair for failing to remove controversial and extreme content from their respective platforms.

During a presentation at the IAB Annual Leadership Meeting conference, Weed told attendees the FMCG brand could no longer continue propping up a digital media supply chain that “at times is little better than a swamp in terms of its transparency”.

As one of the largest advertisers in the world, Unilever will not support an environment where consumers don’t trust what they see online, or platforms that “breed division” as a result of the types of content they display, Wee said. As a consequence, the company will prioritise its multi-billion dollar advertising budget to invest “only in responsible platforms that are committed to creating a positive impact in society.”

“He is doing what I, for one, would love to see more brands and CMOs do – commit to collaborating with the likes of Facebook and Google to deliver to a shared objective,” she said. “That objective is creating a positive environment for users, and in turn, a brand safe one for advertisers.

“The more brands that get involved in working with Facebook and Google to help solve the issue of brand safety, the better.”

James also agreed it was Procter and Gamble CMO, Marc Pritchard’s approach last year boycotting digital sites that helped accelerate the changes both platforms have been making since.

“When there are boycotts of that nature, it obviously forces the issue,” she said. “That said, it is a short-term means to an end, not a sustainable, or desirable, solution for either party long term.”

“The recent restructures, which re-orientated the group towards more austere and efficient agency relationships, really shook things up, causing redundancies and sending waves through the industry,” he pointed out. “The company has proven it walks the talk.

“Whether Unilever actually boycott those sites remains to be seen. No marketer, whatever their size, can overlook the fact that Google and Facebook are two enormous global platforms that have proven to be effective advertising channels. So any such boycott begs the question – where else do you spend $7bn on effective, sales-driving media? I'll bet players like Amazon are wringing their hands at this decree.”

What is clear is neither Facebook nor Google were established with an editorial mindset, Reeves said. “These are technology companies that organised information and connected people, and they have had to adapt and change as they morphed their services to meet a greater set of needs or mirrored other popular services,” he said.

“Facebook’s grapples with this topic have been very well documented. The company simply isn’t equipped to be a guardian or the moral police over user-created or published content. Clearly, though, it recognises the need to be better at policing what the platforms distribute.”

The problem of controlling content is of course not limited to Facebook and Google, James continued. “Digital as a channel evolves at a pace that’s not comparable to any other channel. This brings with it a wealth of both risk and reward, particularly when it comes to content moderation,” she said.

“User-generated content, especially uploaded at the volume that you see on YouTube for example, makes completely guaranteeing brand safety virtually impossible – it’s the nature of the beast.”

What was promising to see in January was YouTube’s decision to implement stricter controls including manually curating Google Preferred and beta testing with Integral Ad Science, James said.

“The YouTube boycotts had a positive impact in terms of accountability,” Reeves agreed. “Before the furore, there was a degree of industry-wide complacency and an assumption that the networks could be trusted to police the distribution of content, that whitelists and blacklists were being kept up to date, and that the system was acting and geared towards everyone's best interests. Clearly in retrospect that was dangerous.”

CMO Council senior vice-president, Liz Miller, said both Weed’s comments and those issued by Prichard one year before reflect a growing frustration creeping across marketing decision makers of brands of all sizes.

"While Weed issued a specific warning, networks and publishers alike should heed the warning that come from both marketers and consumers: We expect more. Consumers expect the brands they love are not associated with content they find offensive or divisive. Marketers expect transparency and accuracy of measures and metrics that assure them that the investments being made are reaching and engaging with intended audiences. If social channels or digital outlets fail to meet both expectations, these warnings will become actions."

So what's the solution? For James, Facebook and Google need to continue to work with advertisers to come up with customer-centric solutions that are brand safe and transparent.

James also believed the best thing every industry player can do is commit to continued collaboration. “There needs to be less finger-pointing, which serves no one, and more collective responsibility taken for finding a solution,” she added.

Reeves called on digital platforms such as Google and Facebook to go beyond listening, establish better policies to police content and bad actors on their networks and “treat their advertising partners as more than open wallets”.

What Weed and Pritchard have also done is shift the emphasis to the customer, Reeves said.

“Both spoke about the need to focus on standards, transparency and accountability, and these are the fundamental requirements of a good, robust and fair system. But, I think the interesting new lens Weed has got everyone thinking about is how to focus on the audience, and what's best for them,” he said.

“A brand’s responsibility then shifts away from purely commercial considerations like effectiveness or profits, toward other perhaps more spiritual human considerations like vitality, or satisfaction. And perhaps that changes the kinds of digital experiences and communications we try to create altogether.”