Recently appointed chairman steps in as executive chairman, says board is impatient for a turnaround in the ASX-listed retailer's fortunes 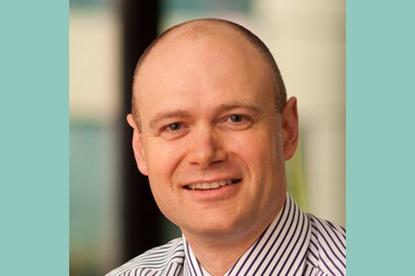 Myer CEO and managing director, Richard Umbers, has stepped down from his role just days after the embattled retailer issued at half-year finances warning and refused to name a NPAT guidance figure to the stock exchange.

In a sign of just how frustrated the board has become with the retail business’ management team, Hounsell said he had been waiting for a turnaround in Myer’s fortunes from the day he stepped in as chairman.

“We are impatient for a turnaround in the company’s performance and the board has determined that it is in the interests of all shareholders for there to be a fresh approach to drive our future direction,” he said in an ASX statement.

“At the time of my appointment as chairman in November 2017, I said I was impatient and this announcement reflects my desire to drive, first-hand, the urgency required to deliver shareholder value.”

Hounsell said a search is now underway for a new CEO and MD. The chairman’s functions, meanwhile, will be overseen by a committee of the board during the period Hounsell acts as executive chairman.

Umbers had been working as Myer’s IT chief before being promoted to the top job in March 2015. He joined from Australia Post, where he was GM for parcel and express services and oversaw the group’s ecommerce program. Umbers will serve a 12-month notice period.

His departure is one in a string of executive- and board-level changes made in the past year as Myer strives to transform its fortunes and reclaim a commanding position in Australia’s retail landscape. Last July, Myer’s deputy CEO and chief customer and merchandise officer, Daniel Bracken, left at the same time as the group revised down its FY2017 net profits.

Yet while there have been the odd glimmers of improvement, such as digital sales growth, Myer’s financials have worsened overall. In its first-half results update issued 9 February, the company reported total sales to the end of November were down 2.3 per cent, total sales for the first two weeks of December dropped 5 per cent compared to the corresponding period, and January was down 6.5 per cent.

As a result, the company refused to provide a specific profit range for the full-year 2018 NPAT.

“The significant deterioration in trading reflects ongoing challenging retail conditions with widespread industry discounting, a subdued performance of Myer’s Stocktake Sale, and a continued shift in consumer behaviour characterised by reduced foot traffic and an increase in online shopping,” Umbers stated in response.