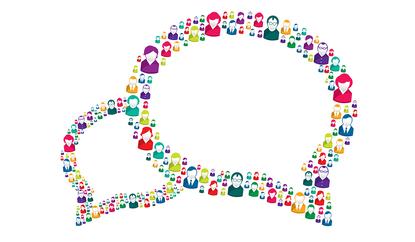 Getting consumers to successfully adopt your brand’s AI-powered chatbot or voice-based interaction means sticking to simple use cases that tap into marketing, operations and service capabilities across the organisation.

During a presentation to mark the launch of RXP’s new Sydney Experience Hub, The Works co-owner, Douglas Nicol, shared some of the lessons his team has learnt on what not to do when crafting AI-powered chatbots and voice-based interaction.

The Works was purchased by ASX-listed digital and ICT services player, RXP, last August in a deal worth up to $33 million.

The Experience Hub has been launched beside RXP’s Sydney CBD offices, and features workspaces for ideation and creation, a user experience workshop to test ideas, a research space and an event space. RXP launched a similar facility in its Melbourne offices last year.

Over the past two years, The Works has built its own proprietary chatbot messaging platform and services, called On Message. Clients using the platform include ING, Sydney Opera House, Foxtel and Facebook.

For Nicol, one of the problems with artificial intelligence (AI) is that it’s often portrayed as a negative – in film, books and by society. As a result, when building out AI-powered chatbots or skills for voice-based platforms like Amazon Alexa, it’s important not to overreach and understand what consumers are comfortable with today, he said.

He noted research shows the uptake of smart speakers, such as Google Home and Amazon Echo, is on a similar trajectory to smartphone adoption.

The first lesson in addressing this burgeoning opportunity is to recognise the current limitations of natural language processing (NLP), the capability that allows the ability to conduct a conversation with a machine.

“What is working more successfully today is guided, menu-driven and decision tree-based conversations,” he claimed. “NLP is getting there, but for the average Australian consumers… guided conversations, such as the one we did for Childrens’ Panadol, is much better for engagement. For example, we ask the age of your child, so you can start having really tailored information. It works so much better than asking what you want to talk about today, and users get to the relevant information much more quickly.”

The second lesson was not to overpromise on the technology and use the “drug dealer strategy to get consumers hooked”, Nicol said. This is about dripfeeding AI-powered features and functionality into an environment a consumer is already familiar with. With Echo, for example, Amazon started with the promise of being able to turn on your speaker via voice command, he said. Facebook Messenger has also been embedding into conversations small, free samples of AI-powered functionality to introduce people to these chatbot capabilities.

Nicol’s third lesson was to avoid making chatbots and voice-based interactions a fashion accessory and start by providing simple use cases. And this means cross-functional collaboration.

“Chatbots are not your traditional marketing and communications product; they often should live as a collaboration between brand, operations, customer service,” he said. “The worst thing you can do in this world of voice is make it a fashion accessory.

"With chatbots, organisations are not match fit in my view; they're going to have to change their structure to get the best out of this opportunity, because it can't just be done by marketing," he told CMO following the presentation. "So many of these things are customer service."

At the same time, Nicol agreed "visionary marketers" will be the ones who see and bridge this gap. "Those marketers who have a much broader view of their job, which is really going back to those 4Ps, will thrive in this world."

Nicol pointed to uses of Amazon Echo speakers to date, noting the top skills are setting a time, playing songs, reading the news, setting an alarm, and checking the time.

“The bigger things we expect to do, such as doing our shopping, will come, but we need to start with simple, achievement things that are meaningful in our lives,” he said.

In addition, The Works partnered with UTS to research use cases for chatbots using prototype testing across 2500 consumers and found the top five are: Checking your balance; ordering food; finding tailored gift recommendations; browsing and booking entertainment; and having questions about your health answered.

“All of these are a combination of marketing and the operation side of the business cooperating on service and brand in quite interesting ways,” he said.

At the same time, consumers will surprise you, Nicol said. For example, he pointed to a chatbot The Works recently designed locally is ING’s first chatbot, which helps consumers find the nearest fee-free ATM thanks by tapping into GPS coordinate data. The team started allowing consumers to drop a pin on their location, but quickly found most individuals don’t like to reveal their location and would put their postcode in.

“When you start playing in this world, that was a privacy barrier, so we now also offer to drop a pin or search by postcode,” he said, adding the vast majority choose a postcode.

“That’s why, in the world of voice and chatbots, launching something is just the start,” Nicol said. “It’s about continual evolution and continually listening to what customers do.”

Another example from The Works is the ‘Wentworth rat’, a chatbot designed for Foxtel to drive engagement around its Wentworth drama TV series. The chatbot provides consumers with linked episodes, previews, information on the actors through video, audio, messaging and notifications.

Initially launched with much cleaner language than that used on the show, Nicol said the team opted to introduce swear words and found engagement quickly rose. The chatbot attracted 12,500 unique users, sent 2.3 million messages, had a 96 per cent returning user rate and scored an average engagement time of 1 hour and 9 minutes.

Thanks to a number of new client wins, The Works is now planning to establish a presence in Melbourne by June this year. RXP has offices in Melbourne, Sydney, Canberra, Hobart and Hong Kong.