augmented reality and mobile crucial according to the latest Technology, Media and Telecommunications Predictions 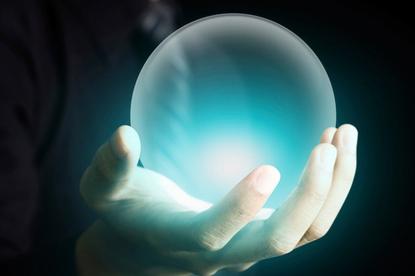 Australian marketers must incorporate augmented reality (AR) and ensure mobile devices are key to strategy if they are to remain relevant in an immersive, machine driven and smartphone-dominated world.

Following the release of Deloitte’s 2018 Technology, Media and Telecommunications (TMT) Predictions, it is clear AR will be a game changer, and the most successful marketers will be those who embrace this new technology and use it to enhance the consumer journey.

AR is the way forward

According to the report, over a billion smartphone users will create augmented reality content in 2018, and by 2020 AR will generate direct revenues of US$1 billion.

Kimberly Chang, Deloitte Australia’s technology, media and telecommunications leader, said it’s the companies that identify ways of using AR technology to respond to specific business challenges and attract the right talent that will set themselves up for success in 2018 and potentially put the budding Australian AR industry on the world map.

“AR is going to be a real game changer for Australian enterprise, and the tipping point is upon us. We are talking a lot more than just Snapchat. AR has applications for many industries including construction, government, automotive, and media,” she told CMO.

“It has real applications in training and education by creating a more realistic environment for training employees. In property and construction you could go into a completely empty field and visualise what a building or renovated home will look like. For retailers, AR will help to sell products, like IKEA is currently doing by helping you to visualise what furniture will look like in your own space.

However, AR as a mainstream phenomenon still requires the technology to become cheaper and wearable.

"Potentially, wearables will replace the smartphone in the future and once wearables come into play AR is really going to take off. Right now it’s a real battery drainer on a smart phone, so more advancement is needed there," Chang said.

With invisible smartphone innovations opening up endless application opportunities, consumers will be even more connected to their smartphones than ever before, meaning marketers must be on top of digital strategy. This is particularly important given the growing use of adblocking technologies on PCs and the decline of TV viewing.

“For Australians, 2018 will be about how smartphones are used. With invisible innovations such as Artificial intelligence (AI) chips likely to become standard across smartphones by 2023 and with better batteries and connectivity, we expect to see an increase in smartphone uses, including to interact with IoT devices,” Chang continued.

“Mobile customer interaction will be key, particularly in the Australian market when you look at the use of adblocking technology. Australian usage of adblockers is only at 31 per cent, compared to 75 per cent in Northern America. However, about 25 per cent of this adblocking in Australia is used on the PC or laptop, only four per cent on the smartphone. So there’s an opportunity there for advertisers to capitalise on advertising on the smartphone.

"Advertisers will absolutely need to focus on categories that are harder to block or avoid. Digital mobile, particularly in-app, out-of-home and social media are tipped to be the fastest growing categories for the next few years."

Meanwhile TV viewing is continuing to drop off, but Chang said it's not falling off a cliff. "We’re actually seeing TV viewing increase for older generations, so this is an interesting development for advertisers,” she said.

Another growing areas is in-flight. One billion passenger journeys globally will be equipped with in-flight connectivity (IFC) by the end of this year, according to Deloitte.

“We expect the real impact of IFC in Australia to be on the media industry, with the potential to drive service discovery and subscriptions. In addition, we predict that add-on services like online shopping with purchases available upon arrival and the advertisement and ability to instantly book onward travel options, will be the key to generating additional revenue and retaining customers,” Chang said.

“However, there is currently a skills gap in Australia around the application of machine learning. Australia needs to ensure we are producing a future workforce that doesn’t just understand the algorithms but also how to apply machine learning and fine tune those algorithms to gain maximum impact for both the business and consumer in terms of value, cost savings, and customer experience,” Chang said.

In other areas, live broadcast and events are predicted to generate US$545 billion in direct revenues globally in 2018; China will likely remain the largest market for live streaming at $4.4 billion in 2018, an 86 percent increase from 2016; and by 2020, there will likely be over 680 million digital subscriptions.