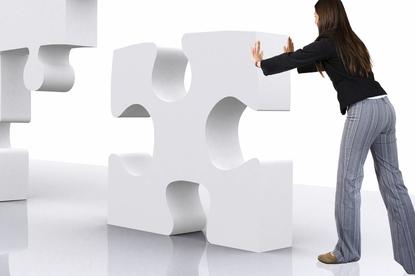 Seek’s former marketing leader will step into the managing director’s shoes across Australia and New Zealand following a restructure and regional centralisation of the business announced yesterday.

The ASX-listed job ads site has confirmed plans to restructure the organisation into two parts. The first is a regional Asia-Pacific and Americas operating business that brings together Seek’s A/NZ, Asia, Brasil Online, OCC and aligned early stage venture divisions. The second is a dedicated Seek Investments function focused on managing and making acquisitions and investments including other early stage ventures and its Zhaopin division.

As part of the changes, Seek’s Michael Ilczynski becomes CEO of AP&A. In his stead, former marketing director and current chief operating officer, Kendra Banks, has been promoted to A/NZ managing director. Several other group executive roles, including that of group CEO, Andrew Bassat, along with regional heads of Asia, Brasil Online and OCC, remain unchanged.

Banks joined Seek in February 2016 as marketing director with responsibility for all customer and B2B marketing for its employment business across A/NZ. She was promoted to chief commercial officer in August last year, a newly created role the company said reflected efforts to drive better customer outcomes.

In a statement, Seek said the latest unification of its businesses internationally is about increasing collaboration across strategy, product, online and technology and driving efficiency and speed.

Bassat added the promotion of a number of existing staff was a reflection of the strength of the management team.

Having a dedicated function to manage investments, meanwhile, is about better positioning the group to make additional acquisitions and support its core investments, Bassat said.

“Seek has a strong track record of creating value via its investments or entrepreneurial activities,” he said. “In our history, we have been most successful when we have placed greater focus and resources on these activities. These changes will enable Seek to make investments that add value to the group in employment, education and the broader human capital management market.”

Seek reported annual revenue to 31 July 2017 of $1.04 billion, up 10 per cent year-on-year, with EBITDA of $375.8 million, up 2 per cent over the same period. The company has also invested more than $950 million of capital in product and M&A over the past four years, with an emphasis on international expansion.

Ultimately, the ambition behind the new operational model is greater speed and scale, Bassat said.

Related: How Seek is using continuous delivery to bring agility to marketing

“In our operating businesses, we will be using our global scale and retaining our ability to customise for local conditions to build ‘world-class local solutions’ with greater speed,” he concluded. “In our investing activities, with greater focus and resourcing, we are well placed to make value-adding investments and better support our exciting portfolio of investments.”