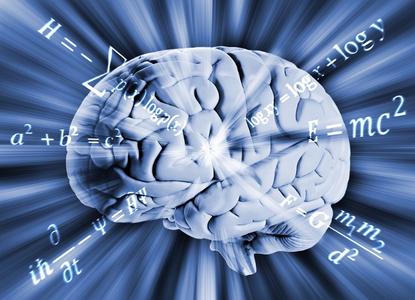 Brand ‘stickiness’ requires a marketer to break predictability and establish a means by which the consumer needs to actively recall relevant information to themselves, according to Harvard neuroscientist, Professor Jared Cooney Horvath.

Hailing from the neuroeducation space, Horvath has studied how to develop brand experiences that stick and what’s stopping companies from achieving that. He’s now applying his research and insights to the business world.

“It’s about how you actively involve people so they are thinking about bringing up deep information, rather than handing it to them. And once you can cross that line over into them doing the work, then it is easy,” Horvath told CMO.

The easiest way to understand this is the power of ‘jingle’, Horvath said. “If you listen to it once, cool. But if you sing it for the next two weeks, congratulations, you are doing all of the work,” he said.

“Every time you repeat it in your head, you’re making it deeper, thicker and easer to access in the future. So [marketers] don’t need to be shoving it down your throat. The brand has just presented you with something in a way that makes you want to continue to bring it up.”

When it comes to brand ‘stickiness’, two aspects need to be tackled: Attention and memory.

“Although there are a million ways to grab a person’s attention via intrinsic means, the surest and most certain way to extrinsically grab their attention is to break a prediction,” Horvath continued.

“As soon as someone recognises there is discrepancy between their prediction and the real world, they have  no choice but to pay attention - literally, it is out of their conscious control.”

People tend to think of memory, meanwhile, as summative: The more you see or hear something, the deeper that memory will become. “This is why repetition is key in marketing and advertising. Unfortunately, this is completely backwards,” Horvath said.

Yet simple repetition does not lead to deep memories, he said; recall does.

“Memory is not summative, it is constructive. The more we actively recall a memory, the deeper that memory will become,” he explained. “A good rule of thumb: We do not think about those things we remember, we remember those things we think about.” Horvath also highlighted a number of misconceptions, particularly in the realm of education, around the idea of repetition.

“The idea is that if I just keep hounding you with something, you are going to remember what that thing is. That is just not at all how memory or thinking work,” he said.

“The issue is more one of ‘recall’. Getting something into somebody’s mind is totally easy, it’s the act of them actually pulling it back out, which leads to deeper memories and deeper personalisation and deeper recognition of it.”

For Horvath, a successful commercial requires input from consumers, such as prompting the consumer to take out their phone and look at the last five pictures they have taken. “This is an activity. It is an action that I have just done. Not only have I deepened the memory of what’s going on, but I have linked my personal life now to their brand.”

Another successful marketing tactic is the public outreach situation. “It is clean up trash along the beach and by the way, ‘here’s a free bag and it has my brand on it’,” Horvath said. “Now you’re doing something linked to the product, which is forcing you to think. That’s opposed to the converse, which is the Amazon model, where you think about absolutely nothing. You just say, ‘Google buy me a pair of underwear,’ and it doesn’t matter where it comes from or from who. As long as I’m doing that, then nothing is going to stick in terms of my memory for the company.”

Horvath advised marketers to consider ways that will force consumers to think about a company’s products, enabling them to actively become a part of the story.

“Most people will be able to predict your marketing campaign long before you bring it out. We’re  so inundated by it that we know what to predict,” he said.

“I can’t imagine anyone would ever want to make an advertising campaign that is a black screen, but that’s a perfect example of knowing people are going to be predicting a certain process or a certain pattern, and doing something that leads then down that path, and then just shifting it.

“You give them something else they weren’t expecting. In that moment, you have them. It’s called hypercorrection: They’re going to really deeply remember that moment because it felt unsafe, it felt uncomfortable. They had to involve themselves with it.”

It’s the first time Horvath’s research has been stripped out of education and applied to the world of advertising. He said marketing and teaching share similarities in the sense that there’s information you want to get across.

“You want them to remember it  and you want them to act on it. That is essentially teaching to a tee. So now we’re trying to bring this information out of the  classroom and into the business space too,” he said.

The idea is to pull marketing and branding out of just ‘give’ into more of a ‘give and take’ model where people actually interact with the brand in some way that it benefits them.

“The primary thinking is because there are so many different companies out there, we have to scream louder than the other ones. But the joke is, if there are a million people screaming, it is the one person that is silent that will get the attention simply because it is different, it is breaking a prediction.

“It is about figuring out what people are expecting, finding a way to move the other way,  and once you have their attention, getting them to do something with it. At that point, you’re stuck with them.”