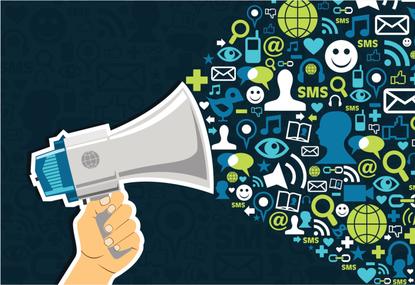 It’s very easy for data-driven marketers to fall into the trap of short-term gain through rational advertising campaigns. But it’s the emotional ads that are going to deliver longer lasting sales impact, ThinkTV’s direct of research, insights and education, Steve Weaver, says.

The comments were made as ThinkTV launched its latest tranche of research off the back of its year-long ‘Benchmark Series’ program. Led by academic, professor Dr Karen Nelson-Field, the research aims to showcase the effectiveness of TV advertising by delving into how Australian consumers engage with ads across different platforms including TV, social media and digital.

The latest cab off the research rank set out to answer the question: Does emotional advertising aid advertising effectiveness? To do this, ThinkTV asked 140 consumers to view 15 TV ads and classify their feelings about each campaign using a standardised list of descriptive words designed to best articulate their emotional engagement with the content.

It then used attention via eye-tracking software measurement, as well as short-term advertising strength, or how often brands were picked out by viewers in an online supermarket after they had watched a series of ads, to rate the effectiveness of the advertising in terms of sales impact.

The research found ads that generated a strong reaction, regardless of whether that proved a positive or negative one, chalked up 16 per cent more attention than those ads eliciting a weak reaction. (58 versus 50).

Weaver noted the results correlate to research undertaken by Les Binet and Peter Field, the source of the IPA’s effectiveness awards, which found emotional advertising had a stronger profit effect over a two-year period than ads that were rationally based.

However, it’s the combination of both rational and emotional that benefits brands the most, Weaver said. He noted Binet and Field’s more research study, Media in Focus: Marketing Effectiveness in the Digital Era, which advocated a ratio of 60 (brand/emotional) to 40 (rational) after finding the biggest business effects came from brands that allocated 50 to 70 per cent of their budget to branding campaigns.

The problem is, too many marketers are being pushed towards investing in rational advertising and losing the long-term benefits of brand-led messaging, Weaver said.

“Today, because we have more and more data available from a sales perspective, it’s really easy for marketers and advertisers to get into this notion that if you do an activation, you see an immediate sales spike,” he said. “The easiest way to generate an immediate sales spike is through a rational message. For a CMO that is increasingly data-driven, who wants to know if marketing spend is getting a response, there’s increased downward pressure from the c-suite for achieving a quick sales response from the money they’re spending. That’s lending itself more and more rational executions.

“But long-term brand health goes down. What you end up with is lots of short-term advertising that uses rational messaging that you have to keep using to keep your sales afloat. With emotional advertising, you have a long-term brand benefit, so it’s good for long-term brand growth. It costs money to do, and potentially you need to use platforms that allow that longer dwell-time messaging to come across.

“And you don’t necessarily see the sales results straight away. But it helps in the long term as you don’t spend as much money on retail activations, for example.”

Those figures were derived from ThinkTV’s earlier Benchmark series research into viewability, which also highlighted the impact screen coverage and active attention had on the impact of an ad on consumers.