Why data is Bank of New Zealand's golden asset

BNZ’s manager of systems and information, finance, Duane McLeod reveals why leveraging the right data is critical to boosting CX in the highly competitive financial marketplace 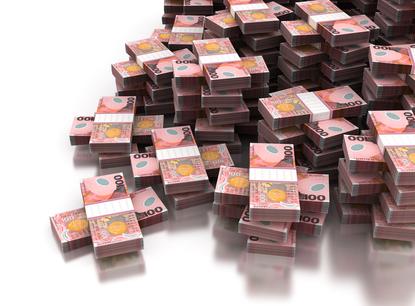 Data is seen is a not just a resource but a golden asset for the Bank of New Zealand, its manager of systems and information, finance, Duane McLeod, says.

Speaking at the Informatica Data Disruption Summit 2017 in Sydney as an example of Informatica’s first customers to invest globally in its big data technology, McLeod said he led the big data and analytics stream of an enterprise-wide information system platform deployment, and has already started to see a return on investment.

The bank recognised five years ago data had the potential to create a real competitive advantage, he said.

“Over the past couple of years, I’ve been part of a rather large system platform project and spent tens of million dollars, which has been a huge investment across the bank,” he told attendees. “We’re one of the top four banks in the country and digitisation is really about how to we serve our customers better.”

With the financial industry becoming increasingly competitive, it is more critical than ever to invest in the right data management platforms to better serve customers, drive loyalty and boost satisfaction, McLeod said.

“The challenge is banks are very threatened worldwide because there are a number of other payment and transaction channels at the point of sale so we need to leverage the right data to ensure we remain competitive,” he said. “We have taken the steps to combine a complex set of internal and external data assets to massively increase the overall customer experience. And this is where we’re going to drive that competitive advantage.”

But getting the executive board to agree on investing big is always a challenge, and McLeod stressed it's about the right people presenting the right information to the board in the right way.

“We presented our case not in a threatening way, but in a way that made them realise that to move the company forward, they had to invest in those foundations,” he said.

In order to get the project across the line, McLeod and Bank of New Zealand teams ran a number of pilots and proof of concepts, by hiring software licenses of some willing lenders that helped the bank to visualise what it would look like in a few years’ time.

As part of the pilot, BNZ also worked closely with Informatica to determine required licensing and data capabilities.

“It was a large project with a lot of components, and as we’re owned by NAB, most of our data sits in Australia as part of NAB’s mainframe, with a cable connecting New Zealand to it under the ocean,” he said. “But we had a great business case and eventually it went all the way to NAB for sign-off.”