How video is helping this insurer deliver on engagement 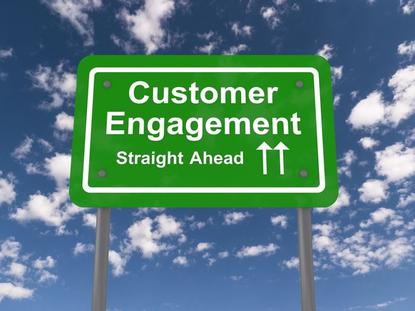 It’s not always possible for a brand to provide personalised contact through every engagement with a customer. But for workplace injury insurance provider, Employers Mutual Limited (EML), it may have found the next best thing.

EML has been helping Australians get back on their feet after workplace injuries for more than 100 years. But for the many of the employers it assists, the first time they interact with the company is when they are making a claim.

According to EML customer experience manager, Helene Swindells, while her company works hard to guide claimants, it still requires them absorbing a lot of complex information at the start of the claim process.

“Historically, a lot of that information has been given over the phone, or in letters or booklets,” Swindells says. “One of the bits of feedback that consistently comes through is the complexity and the jargon in the industry, so we were really looking at ways that we would provide that information in a much more digestible format.”

The solution was video, in the form of Pitney Bowes’ EngageOne Video platform. Swindells says she was drawn to EngageOne’s ability to provide personalised interactive information paths for individual claimants, allowing them to quickly find the information which was relevant to their questions.

EML first began seeking a video platform in mid-2016, and signed on with Pitney Bowes in March, followed by a six-month development period.

“We have only been going for a couple of weeks, but the feedback has been really positive,” Swindells says. “We have had workers come back to us and say the video has really explained everything to them, and they felt they haven’t had to ask so many questions about the process of their claim.

“And that is really great, because what it means is the follow-up discussion can be far more meaningful and tailored to talking about their recovery and return to work, rather than explaining what steps that they need to understand.”

Analytics within the platform also inform EML as to how well individual videos are performing. While the early feedback is encouraging, EML will eventually measure the response to EngageOne through its customer satisfaction surveys.

“We are hoping this is a starting point not only for us but for the industry, because there are lot of interactions through the life of a worker’s compensation claim that would probably benefit from this, where we have to give quite a bit of information all at once,” Swindells says.

“Then it is really about designing the storyboard and working with the creative team in building that content,” he says. “Having the interaction points at the right time inside the video, for the right content, really drives that engagement level up.”

Lester notes more and more industries are trying to engage with their customers, where maybe they don’t get as much opportunity to engage in a one-on-one or interactive way, like the superannuation industry.

“Data-driven video that can be really specific is a great way of engaging when you only get a limited amount of times to engage,” he adds.

Check out 5 other brands ramping up their customer engagement strategy: