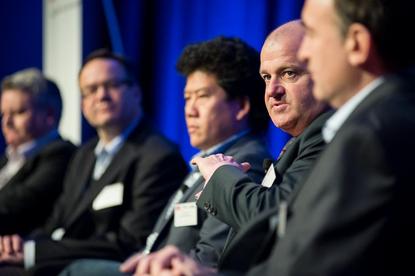 Stuart Tucker has left Commonwealth Bank after four years as the ASX-listed banking group’s GM of brand, sponsorship and marketing operations and is joining hipages as its chief customer officer.

CMO understands Tucker left the banking giant on Friday 29 September. The news comes just a month after the bank promoted its consumer marketing chief, Monique Macleod, to acting CMO for the remainder of 2017 in recognition of her role “delivering great customer outcomes” during her six-year stint with the group.

In total, Tucker has spent more than 25 years in the marketing field, including stints with Optus and KFC, and he’s also currently on the board of ADMA.

He's now taking up the chief customer officer's post at hipages, an online marketplace for home improvement, renovation and trades services. He said he is delighted to be joining the hipages team.

"It’s an exciting business with a strong growth mandate in an intriguing category. The opportunity to focus on the end-to-end customer experience is highly motivating, as is the chance to further build brand awareness,” he said.

“Stuart is a highly talented marketing and brand specialist, with an impressive range of career experience across leading Australian companies. We are thrilled to have him join our team, and lead our brand strategies across sales, service and marketing," he said.

“At hipages, we are dedicated to recruiting strong talent; those that not only exude great skills and specialisation in their field, but are also truly excited and passionate about our service, and motivated to help continue the strong growth path we’re on."

Vitek noted hipages is experiencing solid growth year-on-year, and is continuing to grow the team, increasing headcount by 36 per cent in the past year to 300 employees across Sydney and Manilla.

Commonwealth Bank is also seeing a number of wider senior executive departures in the wake of The Austrac money laundering affair.  As well as news of CEO, Ian Narev’s departure once a suitable replacement is found, the group’s head of wealth management, Annabel Spring, will leave in December, while New Zealand subsidiary chief, Barbara Chapman, has announced her retirement at Easter 2018.