Brands share their video content stories stories came amid a raft of new advertising product offerings and updates from YouTube aimed at improving the robustness, measurability and quality of interaction with the consumer 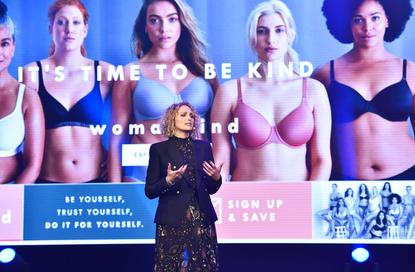 Marketing leaders from Berlei, National Australia Bank and Youi took to the stage at YouTube’s Brandcast event this week to highlight how they’re using the video platform and its growing suite of advertiser offerings to build their brands with on-demand audiences.

Their stories came amid a raft of new advertising product offerings and updates from YouTube all aimed at improving the robustness, measurability and quality of interaction with the consumer.

Berlei senior marketing manager, Zoe Hayes, described YouTube as a cornerstone of the bra company’s brand rejuvenation, contributing to its highest top-of-mind awareness among bra shoppers in three years and its highest consideration score in 18 months.

“We’ve been the leading bra brand for more than 100 years but the challenge was we were looking our age,” Hayes told attendees. “We were stuck in traditional channels, our campaign messaging was all rational and functional. Meanwhile, while we had a competitive set rushing into the sports bra category that were connecting with women in more innovative and inspiring ways and we realised we had to change.”

Working with Emotive, the brand created seven different video content pieces and YouTube ad formats, reflecting each part of the consumer journey, orienting around its ‘Invest yourself / do it for yourself’ messaging. The campaign was designed to better connect women with the brand by inspiring to invest in themselves; open up the purchase funnel from awareness to consideration and action; educate consumers on the product’s points of difference in a more dynamic way; and hero Berlei brand ambassador, Serena Williams.

Videos had total views of 1.4 million, with 1.2 million minutes spent on brand content. In the three months after the campaign, consideration among the core audience of 24-35 year olds, Berlei scored 10 per cent higher than its closest competitors in consideration. The brand’s Net Promoter Score post-campaign was also the highest it had ever seen since commencing measurement seven years ago, Hayes said.

“And even though 18-24 year old women were not part of our core target, the 28 per cent rise consideration increase among this group was a certain sign of Berlei’s revival,” she said. “When we surveyed women after the campaign, their top two messages were that one, Berlei is a brand that believes women should feel empowered, and two, be yourself and be confident in how you look.”

Youi is another brand investing in content via YouTube. Its content series, ‘Who’s in the car’, launched in May, saw standup comedians interviewing celebrities in a car, taking its cues from James Cordon’s ‘Carpool Karaoke’ series. Youi CMO, Hugo Schreuder, said the results were strong, with 5 million views across the three-series campaign. Youi has now commissioned a second series.

“The purpose of creating this content was to truly connect with an audience, as we are earning the right to their attention, while getting more for our marketing budget,” he said. “It was the engagement with content that stuck out for the team. Average watch time was over 2 minutes…better than views, we also saw positive shifts in brand favourability of between 7 and 10 percentage points.

“We took a leap of faith and did something different. We measured the pants off the activity and we’re very pleased with the results. One of the best ways of engaging customer today is by creating engaging content that works across all devices.”

National Australia Bank CMO, Andrew Knott, also detailed how YouTube videos played a role in building out its ‘More than Money’ proposition by amplifying a series of films featuring the bank’s business customers.

“More than Money is our brand promise and what we want customers to experience with NAB. We needed our audience to understand this and engage with us in a more authentic way and saw YouTube as a partner who could unlock the art and science of storytelling,” he said.

“Overall we achieved a 42 per cent view-through rate for this video because of continual optimisation over the course of the year,” Knott said.

“We have seen our content contribute in an overall positive way to our brand awareness, but also our business metrics, by having an always-on presence in the market,” Knott added.

During the influencer and brand studded event, YouTube also revealed a number of expanded advertising options. The first of these were new ad-supported YouTube shows being produced in partnership with influential creators on the platform including Ellen DeGeneres, Kevin Hart, Demi Lovato and The Slow Mo Guys.

YouTube also took the wrapper off expanded custom audiences through ‘Affinity Audiences 2.0’, which taps into Google’s broader ecosystem of maps, search and apps data to allow advertisers to better target people based on interests.

In addition, YouTube has launched Director Mix (formerly Vogon), allowing brands to take one asset and tailor it through hundreds of permutation based on audience. Locally, the offering has already been used by Myer, which developed 200 creative variations in the form of 6-second bumper ads as part of its June 2017 Myer Stocktake Sale. Each ad featured a different product with a new offer and link to click through to a pre-populated shopping cart.

YouTube has also introduced Video Ad Sequencing. The new feature is available in AdWords Labs and allows users to string together different creative and formats. As an example, a brand could start with a 15-second TrueView ad to build awareness, create a longer spot communicating product attributes, then follow up with a 6-second bumper ad, the company said.

“The last 12 months have been challenging at times and you’ve told us and we need to do a better job of ad placement on the platform,” Google A/NZ managing director, Jason Pellegrino, said. “We’ve worked with you to make changes to our controls, enforcement and policies to make the platform stronger.

“That has made YouTube a better place for creators, audiences and advertisers.”

According to Nielsen’s new Digital Content Ratings report, 14.6 million Australians spent an average of 20 hours 59 minutes per person on YouTube in July 2016, with YouTube watch time increasing 35 per cent year-on-year locally. Two-thirds of viewing is being done on smartphones and tablets.