​Producing content for marketing purposes isn’t exactly a new concept. But today’s trend towards brand as publisher was written on the wall the moment digital arrived. 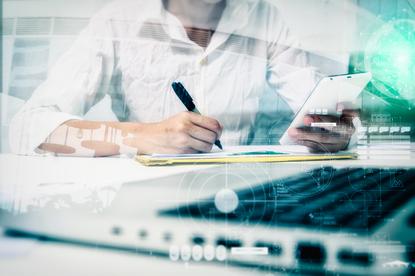 The emergence of media platforms and interaction channels such as Twitter have flipped traditional ‘push’ marketing models on their head, opening up interactive touchpoints that also give consumers the ability to pursue and share their passions on an unprecedented scale.

As a result, getting a customer’s attention has never been harder. Providing targeted, relevant content is increasingly recognised as the best way of fostering a relationship that encourages individuals to see your brand in terms of their interests and needs. And if you can tap both the power of real-time engagement and the community to deliver a unique value exchange, you’ve hit the jackpot.

Yet doing content ‘well’ requires a significant rethink of marketing. Not only does it impact how you produce creative, it also challenges brands to better understand their audience and shakes up the way marketing teams collaborate internally and externally.

One big stumbling block Twitter Australia’s head of Brand Strategy, Grant Baxter, sees in the way of brands becoming content powerhouses is a tendency to overcomplicate. For any content producer, creative’s value lies in the audience you’re seeking to serve. Platforms amplify good content and have a role to play, but the content has to be right first.

“It can be easy to forget that it’s not the volume of what you produce but the quality that counts,” Baxter says. “You shouldn’t get the delivery mechanism confused with the actual content itself. Otherwise, why is it interesting or compelling? Why does it matter to a consumer? Great ‘content’ is good because it resonates with the audience.”

Understanding the power of each platform and adapting your content is then a must. Baxter highlights Twitter’s heritage as a place where people come to see news and events break as a factor in how brands successfully connect with audiences.

“That’s triggering significant investment into live video and more and more content being broadcast on our platform,” he says. “Add in the fact you can tie in audiences and get such a clear understanding of who the audience is, and you can really understand what you’re making and why you’re making it.”

To be successful with content, the first step is identifying your audience. “Where would they be watching, engaging with or reading this content?” Baxter asks. “Different platforms and devices lend themselves to different viewing behaviours. For one platform, short, snappy videos designed to be watched in silence are better, while others lend themselves more to in-depth, lengthier pieces that engage the viewer for several minutes.”

Tapping into the community element is another key. With sports and entertainment content on Twitter, for example, the emphasis should be on bringing the stadium or live experience into the living room.

“Live events work well on Twitter because they enhance the experience of watching that event,” Baxter says. “You're sharing in the moment as it unfolds and it is unique to the platform. People see something individually, but can participate in the conversation around what they have seen.”

According to Baxter, consumers are wise to fact that a value exchange is happening and appreciate it. But there has to be a payoff for the brand as well. All too often, brands go into a content space they haven’t earnt the right to be in, Baxter says, lacking credibility.

Nike is an example of a brand that had the required credibility and brand clout in athletics and human endurance Using that clout, Nike was able to create its own event challenge, Breaking2, featuring three of the world's elite marathon runners in their quest to run the marathon in under two hours, using Twitter to broadcast it live in its entirety.

“Nike didn’t wait for the sponsorship opportunity to present itself, they created their own event and broadcast it to the world,” Baxter says. “They had the credibility, the talent and the audience. By broadcasting on Twitter, the audience was able to participate in the conversation around whether the athletes would achieve their goal. The sense of community Nike built through the event ensured viewers felt as though they were part of history unfolding, as it happened. That viewing experience is unique to Twitter.”

It’s not just big brands that can harness the opportunity. “Do what you are good at. It’s simple to do but it’s often missed by brands rushing to just make content,” Baxter says.

Before and during the event, Myer used Promoted Tweets to notify Twitter users interested in fashion generally, as well as existing followers of @Myer and Australian fashion brands. When the show began, viewers got a front row seat through Periscope 360.

The result was more than 210,000 views, a 73 per cent return rate for viewing, and a promoted trend engagement rate two times the Australian average.

“Brands as broadcasters means they don’t have to wait for the opportunities to come their way; they can create their own content opportunities,” Baxter says.

“The influential nature of the audience is something brands can tap into as well. Because things break first on Twitter and users on our platform have influence, and because our platform is interest-based, the audience following these personalities are interested in what they have to say. That’s something you need to realise as you get your content plan together.”

If you identify and target influencers first through paid means, they’ll do the organic work for you, Baxter says.

“Targeting allows you to pull levers and be smart with who you want to reach – you get a sense of who you would like to position content to,” Baxter says. “If you know who those people are and reach them first with the content, they’re the people most receptive to the message.

“Paid isn’t something to be scared of, organic still happens. But you need to make sure you know who is going to share that organically, and identify these influencers first. Find the right audiences at the start, and they will spread activity quickly.”

“One thing we’re seeing more and more is brands using our platform to have a one-on-one conversation with consumers,” he adds. “Brands might start with a piece of content, and if the consumer wants to see the rest of the story, they’re asked to retweet. That triggers a personalised response back. You’re again building deeper engagement.”

Changing the way you work

To get there, marketers need to embrace a new way of working that’s highly collaborative across brand, agency and platform.

“It’s about adopting a collaborative, fluid approach. You have to do this with content because it’s not confined to one discipline anymore,” Baxter says.

Platforms also aren’t there to replace the agency; they’re a way to amplify content in a way previously not possible.

“We are a public platform, we offer scale and we’re live. To leverage a platform like that, you have to work in a way that allows you to be fluid,” Baxter says. “But brands that do the best work plan the most – yes, you’re leveraging live, but you’re not being reactive, you’re being proactive.”

To get there, identify your brand values, why you are on the platform in the first place, and to ensure you have a clear point of view.

"Being clear on the benefit to the business and the audience of being on the platform breeds confidence,” Baxter says. “This confidence enables a brand to be spontaneous and take advantage of moments they hadn't planned for.

“The more planning you do behind the scenes, the better placed you are to react best to those great unplanned moments that unfold on the platform. A great example is Wendy's response to #NuggsForCarter — being willing to engage spontaneously with a single fan resulted in millions of Retweets and engagement with the audience that’s difficult to put a price on."

And this is happening now. “We need to challenge the norms in the industry and rethink the opportunity by reframing the way we think about marketing in general,” Baxter says.

Want to find out more about how Australian brands such as Myer and Powerade are harnessing the power of content on Twitter’s real-time platform? Check out their stories here.