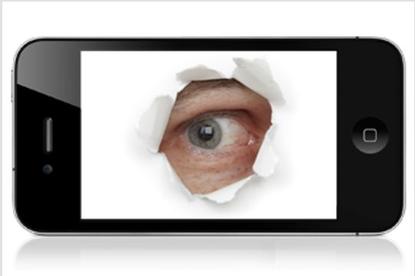 We may not be consciously aware of it, but each of us carries dozens of digital tokens around with us.

These tokens give you access and rights, enabling you to perform functions such as gaining access to your workplace or paying for goods and services, through to earning reward points or opening our garage door.

Our ability to use each of these services is governed by a string of numbers – a digital token. And according to the proponents of the open source crypto-wallet called the Pillar Project, the way they are managed is fundamentally broken.

One of those proponents is Dave Siegal, who wrote the first book on website development, Creating Killer Web Sites, back in 1994, having founded possibly the first Web development firm a year earlier.

Siegel believes today’s consumers have handed management of their personal data over to large corporations, primarily because it is just easier to do so. What he is planning through the Pillar Project is to give them a compelling reason to take it back.

“We have evidence from hundreds of dead startups, as well as initiatives from Google and Microsoft, that people don’t want to manage their own data,” Siegel says. “About 1 per cent of consumers are excited about their own data and 99 per cent have no interest at all.”

The Pillar crypto-wallet would change this by becoming the repository for all of a person’s tokens, enabling them to take their personal data back from the organisations with which it resides.

“The Pillar token is a meta-token that helps you manage all that,” Siegel says. “There are many more tokens coming. We are only just getting started with tokens - you won’t be able to deal with the thousands of tokens that are coming out.”

Users of the Pillar wallet would sign up to services that would manage those tokens on their behalf, such as ensuring the credit in their public transport card is kept topped up, or managing who has access to their medical data.

“You’ll ‘hire’ an assistant to do it for you, and that assistant will keep it simple for you,” Siegel says. “We want to be insanely simple for users. The Pillar wallet allows you to go through your day, and manages all the accounting underneath and buys all the stored value as you go, so all you have to do is step on the bus.”

The project itself builds on Siegel’s earlier on a concept called the Semantic Web, which sought to provide a way simpler way for data to be shared and utilised. It is an idea that remains largely unrealised.

Siegel says the emergence of the blockchain distributed ledger concept, however, provides a key element, by enabling a distributed platform that makes the Pillar concept both possible and secure.

“You can’t really do what we want to do using servers and passwords and Amazon web services – that is just too vulnerable,” he says. “The key is a shared ledger, because we all have different ledgers, so we have this message-passing world of invoices and late notices and payments and partial payments, and all this adds up to tremendous inefficiency. But if we could share a ledger, then when I give you get the money, you get it.”

Want to read more about the potential impact of blockchain on the experience economy? Read our special report here.

In July, the Pillar Project raised US$21 million to fund its development, and the Project has since launched a design contest.

It is one amongst numerous projects which are seeking to use blockchain for both identity management and personal wallets, such as Ethereum and Lykke.

“A lot of it is open source and getting funded, which is pretty exciting,” Siegel says..