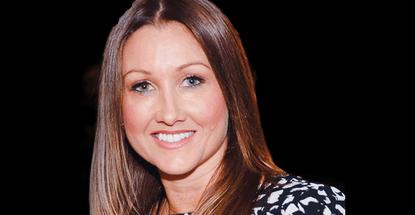 Flight Centre Travel Academy (FCTA) has ditched the use of ‘clunky, archaic systems’ in favour of automated marketing software in a bid to increase the number of leads and enrolments in its industry courses and improve customer interactions.

FCTA is part of the Flight Centre Travel Group and provides training and resources to people that have a keen interest in working in the travel industry. The academy, which offers facilities in Brisbane, Sydney, Melbourne, Adelaide and Perth, also recently partnered with Torrens University Australia and now offers a diploma in travel and tourism.

“There were so many different systems, clunky, archaic systems being used, including spreadsheets,” according to Holland, who joined the company three years ago with a background in marketing and advertising. She is now one of two employees in the national marketing department alongside a digital executive.

Before engaging martech vendor, HubSpot, Holland said FCTA had no CRM capability in place, with existing processes comprising of countless, fragmented spreadsheets and a host of systems operating in complete isolation.

“There was nothing really cohesive. There was also no ‘connect’ between the sales team and the marketing team. Nobody really knew what was going on between the two, and there was no easy way to bridge the gap with all of the different spreadsheets and systems, and everyone using something different. It was a bit of a quagmire of different issues in there,” she said.

“We realised we needed one tool that would enable everybody to work together and to enable clarity about what was going on in both teams.”

The company also had no means of reporting metrics to the broader business.

“This was making communication unnecessarily complex not only for the customer, but also internally across sales and marketing, where neither function knew what the other did. As a result, business decisions were made on assumptions rather than insights gleaned from data, and FCTA were unable to determine what was working and what wasn’t.”

Once the technology was adopted - and the marketing and sales team were comfortable - Holland prioritised objectives she felt would have the biggest impact for the business. She began by optimising internal and external communications to improve the customer experience as quickly as possible, while keeping the wider organisation well informed.

To achieve this, Holland started developing more customer-facing content to drive traffic to the FCTA website. She then set up a number of dashboards that reported all vital metrics to key stakeholders within the business. This meant everyone had complete visibility into progress being made.

Since its implementation of HubSpot, FCTA has been able to foster better alignment across sales people and marketers. This has led to a 150 per cent increase in the number of leads and a decrease in its operational costs throughout the business, Holland said, explaining there’s also a 50 per cent reduction in time spent on manual marketing tasks.

“In the past 24 months we’ve seen a huge increase in leads. Part of that is being able to really quickly test and iterate to see what people are responding to,” she said. “It is easy with HubSpot to see if people are responding to a social campaign or to a particular keyword, and then make really fast iterations. That has enabled us to properly target and to run things and invest more in what’s actually working.”

FCTA can now track leads and validate target personas, while gaining insight into how people are interacting with calls-to-action. All content is being created in-house in an SEO-friendly way, eliminating the need for the SEO agency they were previously using, Holland noted.

Additionally, offering ‘content-specific’ information to a particular demographic or persona is key to FCTA’s overall marketing strategy. For example, a series of ‘student success stories’ are being shared via social media and EDMs in a bid to improve the customer experience and educate potential students.

Personalisation and targeted content is an important tool in the customer journey, giving people the right information at the right time, she noted.

“It is really easy to feed people the information that is relevant for them. There’s a specific journey for all of my different channels that I have out there. They don’t see the same things twice. We can be very targeted about what we’re giving people.”

Holland said she’s also able to anticipate what people might need at every stage of the cycle or in the funnel and feed them information through an EDM or remarketing. Again, information is content-specific to each different demographic or persona.

“It is very easy to remarket to certain groups when I have segmented my leads, dependent on where they are in the sales cycle,” she added. “I can then remarket to them specifically on social just by easily downloading the list of people and uploading into Facebook, for instance, and doing a specific and targeted campaign.”

Asked her next steps, Holland said her plans involve a continued focus on video and offering more targeted messaging with videos on social. This includes video snippets on ‘success stories’ as well as welcome videos sent to people in the database in order to “create a face” and foster human contact.

“Video is really important particularly for a large company like Flight Centre - but particularly in the education space that people see a face behind all of the advertising,” she added.